I had the basketball dream again this week. Somehow I doubt it will ever go away completely.

Today I had a scheduled meeting which would involve being introduced to at least six new people in a semi-formal situation. Perhaps because of the dream I decided to wear my basketball socks so that if any of them were to see me and immediately say: "Wow. Do you play basketball?" I could say "Yes, did you ask this because of my socks?" And then I could have hitched up my pant leg an inch and shown them the socks. I figured this would have been a good mood lifter and acceptable out of the structured confines of a Big Four.

Alas, despite travelling quite a distance to meet them at their office, five of the six of them were working from home and we conducted the meeting on Teams. This is 2022, continued. The one person who was in the room did not ask me if I played basketball. 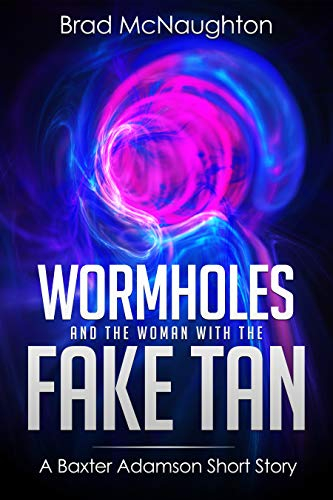 Seems a little strange that a single 96 year old lady halfway across the earth dies and today I get a day off work. But in 2019 a single person got a little too close to a pangolin we all know how that turned out.

Like a few people in Adelaide I spent my morning in Belair National Park getting my feet dirty. It rained a lot today, and so I found myself reading things on the internet while keeping dry. A lot of things on the internet these days seem to be people dying when they're not expecting it. Like the case of Helios Airways Flight 522, which didn't pressurise after take off and flew in circles on computer guidance until it ran out of fuel and then crashed into south-eastern Greece, ending the lives of it's unconscious passengers who were just trying to go on a holiday.

This was very sobering, and a good reminder to live every day of your life while you can. It also gave me a craving for some roast lamb with lemon and rosemary, so I slow cooked some with herbs and other ingredients from the garden. 
I didn't have a lamb in the garden so I had to buy that from the butcher. Not a whole lamb just part of a leg and some skeleton. Another reminder to live while you can.
Add Comment

Why is it called the Pacific North West when it's the north east part of the pacific?

Anyway I am working on a series called "Birds of the Australian Pacific North East? South West?" and because this panorama took nearly twenty minutes for my computer to process, only for me crop it by 70%, I am sharing it as some kind of preview. On Friday the ninth of September, a mainstay of my life was suddenly gone. After more than four months my Wordle streak was over.

It feels important that I capture the tale of five letter word games that have somehow become such a prominent part of middle-covid times and which ideally in a few years or more will hopefully be equally as forgotten.

The first time I ever saw Wordle was at Market Street Cafe (on Market Street, near the Central Markets) in the summer of 21/22. I was waiting for an iced latte to be served and I saw a man distracting his toddler with banana bread while he typed in combinations of letters between sips of coffee. I thought to myself: hmmm, that seems like an pleasant way to enjoy a coffee. Minus the toddler part obviously.

I do like that Wordle has only one official word per day, so you can't sit there playing it over and over. That's undoubtedly a big part of its commercial success. Even escalations, like Quordle, and Sedecordle, have their one per 24 hours game modes up front ahead of their unlimited "practice" modes, and this has surely contributed to the daily impulse to play the game, keep a streak alive, make my adblocker work.

Alas, for me 2022 hasn't been all green squares or even yellow ones. And so there have been a lot of moments where I am broken or healing or isolated and in those times the mindless task of guessing five letter words brought distraction that was much nicer than sadness. I have played five letter word games when I really wished I wasn't. I have been tolerating this over winter, with the thought in the back of my mind that as soon as my Wordle streak was over I was going to go cold turkey on this game and find something more productive to do with my tram rides, coffees and shits. And then, after 143 correct guesses in a row, it happened. Now it's spring, I have a new ligament, a new king. It's time for no a change. And that's the last Wordle. I was pontificating to myself (mainly) about photography and more specifically what I hope to get out of it. You know, to self actualize more efficiently. These thoughts occurred in me because I successfully rekindled my hobby of photographing things by investing $4,000 into a new camera back in July. While on holiday for two weeks I took over 800 photos and in the two weeks since I returned I hadn’t turned it on. A bird of paradise gets drained by a bird of domesticity.


I want to take photos, but I struggle to know what I should take photos of. There are lots of nice looking things and places in Adelaide and some of them I have photographed already. I don’t really have a desire to find things that look good and simply take technically correct photos of them. I believe photography is a tool with which I enrich novelty and experiences in my life further. This occurs in the moment - as my brain is forced to notice details and angles about my surroundings in order to better capture them. And it occurs in the post processing where I get a relatively quick follow up of the experience I have just had, filling in the memories and giving me easy access to digital copies that I can review again when I want to ingrain the memories further.

The reward is seeing nice pictures that remind me of nice times. So I guess the memories I chose to enrich from today were signs of spring. And eating hot chips at the seaside while watching the sunset.