I haven't been living in my fancy apartment long enough to work out which is the half-flush and which is the full, but my first experience of apartment living has been revelatory in other ways. First revelation, it only takes about a week to adjust to soft closing cupboards and drawers. You realise this the first time you close a normally-hinged cupboard or toilet after that first week. It took about two weeks to lose the concept of "bin night". It took about five seconds to forget the importance of lawn maintenance.

I found it interesting that in my fiction writing of the past decade almost all of my characters have lived in apartments, despite me having very little experience with them (in fact, I went to an apartment once last year and I mentally took notes on what apartments were actually like, for future reference.) I think the reason all my characters lived in apartments was because they all worked in cities and by making them live in apartments next to their work I didn't have to write about their commutes, meaning I could sidestep any temptation to make them catch public transport and dwell on the microcosm of society that was crammed behind the automatically closing doors.

And, other than having an apartment that is so well insulated that fruit ripens in less than a day with the doors closed, apartment living is not much different to house living. Although some days I do have déjà vu-esque connections to Balboa Towers lifestyle.

Still, every time I'm at a concert and the lead singer cries out "thank you Sydney!" or "We love you Sydney!" my first thought is, "wait.. Don't you mean Adelaide?"

Sometimes I feel like the only trainer in Unova that thought of using six Pokemon and making them all different types.

Well, me and this guy.

Some of the boxer-briefs I have in regular rotation have no tags. They had their brand and size printed on the inside of the butt, straight on the cotton with whatever that fabric-printing transfer stuff is that rubs off clothes quickly (particularly when you sit on that part of the clothes a lot). Now it's gone.

I have come to terms with the fact that when I put underpants on I will sometimes have to put mental effort into determining which side is front and which side is back. I work that out by comparing the shape of the stitching, trying to recognise either "crotch" or "seat". Rather than be annoyed by this I've convinced myself that this forced processing is a beneficial cognitive exercise for my mind. I have to rotate polygons in my head to determine the shape, it's like brain training. Not quite a Sudoku, but enough to hopefully keep my mind that little bit sharper as it ploughs on towards thirty and beyond. Maybe it won't help with problem solving and memory so much, but as I age I should get really good at putting my underpants on the right way around.
Anyway, this morning I put my underpants on backwards. 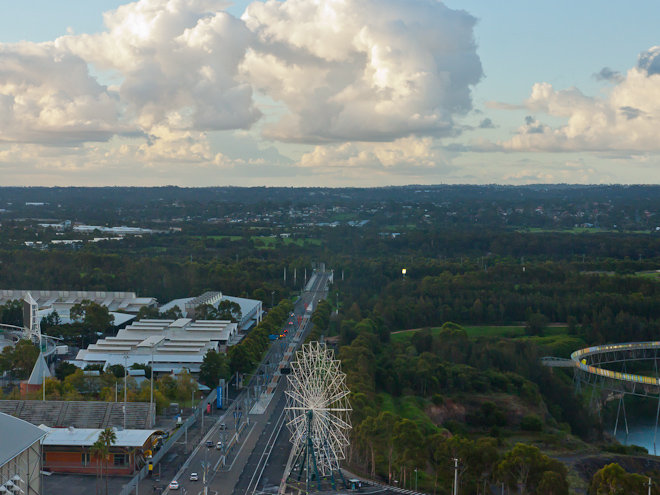 Sometimes when I look out the window of my apartment my eye is drawn to a distracting, gleam in the distance. Every sunset this massive, random reflector would burn yellow. At one point in the year it was illuminating the entire living room with a jaundiced glow.

Within its effervescence I had no idea what this structure could be. Was it some strange street sign? a work of art? Some obscure sports equipment or target left as a legacy of the Olympic Games?

Today I decided to go for a walk to find out. 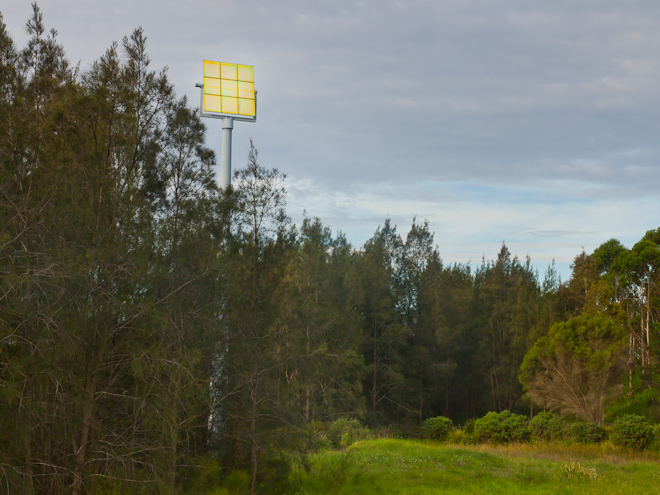 It was a massive, random reflector. 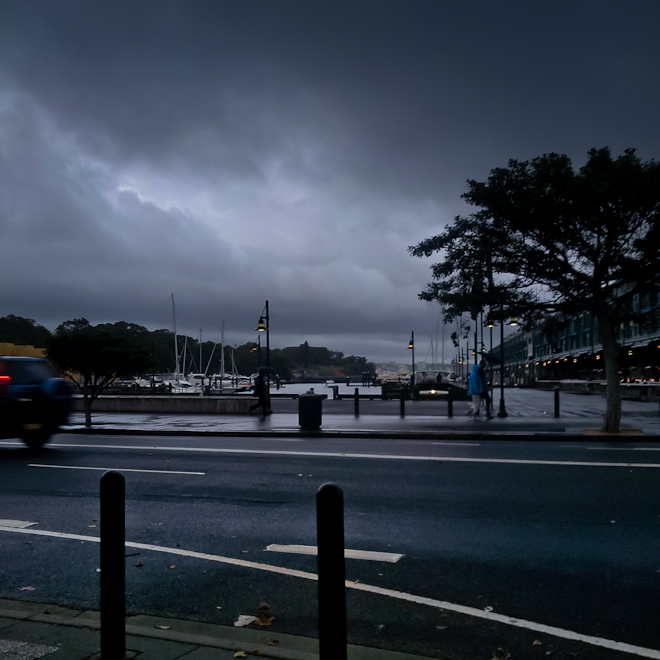