Lately my Sydney life adventure has been taking me to a suburb called Huntingwood.

I'd expected maybe green ferns and grasses inside thickets of oak and birch trees. The elk and rabbits wouldn't be visible, but they'd be around. What I found was a flat plain of light-industrial sites and wide roads nestled in the nook of a motorway and a highway about thirty kilometres west of the Sydney Opera House.

My first guess as to why they named it Huntingwood was obviously wrong.

Yesterday, as I pulled out onto Huntingwood Drive, Huntingwood and set off for home, I had to nudge the steering wheel slightly to avoid driving over a sleeper of treated pine that was lying discarded by the gutter.

Who is Ready to Jump?

At times the last two weeks of April felt like the last metres of a sprint. The finish line was winter, and the echoing footsteps were days that passed without me putting on a cardigan.

I have not worn a sweater since 2012. I feel like this puts me in control of when and how seasons will change. The leaves may turn brown and my jaw might start to hurt after evening runs, but as long as I don't pull on a pullover it's still Summer. Winter lasts from that first hoody being donned until a magpie executes a plan to feed her babies with my eyeballs.

Back in the day I used to measure the beginning of Winter as the first day of the year my Mum used the fireplace, but I got a bit sick of nine month Winters.

I thought last weekend I would finally need to wear a jacket. I went to Canberra, it's already in negative digits overnight there. Through some fluke, or not-sweater-wearing-magic, Canberra's overnight low was 9 degrees, 6 degrees warmer than the May average.

The sun set before I was home from work tonight and yet I'm still sitting here shirtless writing this journal entry. I'm thinking, maybe there will be no Winter this year. As long as I keep my arms exposed I can stay warm until a Spurwing Plover drops a couple of eggs in the middle of a cricket pitch and decides that's the best place to call home.

The second in my series documenting my past foot commutes brings us to Hurstville. Photos in this set were taken in November 2012. 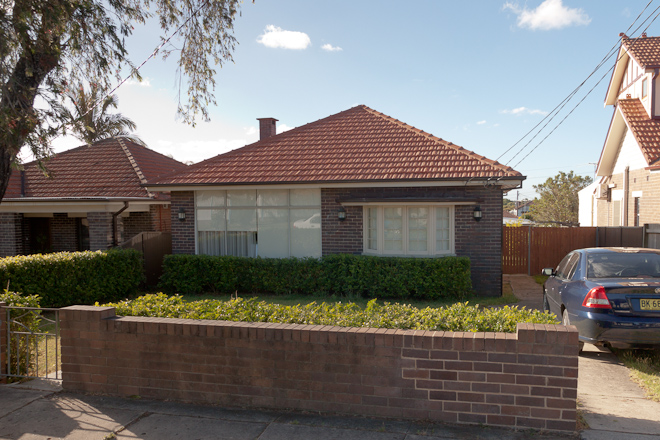 For 16 months I started every walk to Hurstville Railway Station from this free-standing brick house that sold for $840,000 a few weeks before we signed our rental contract. 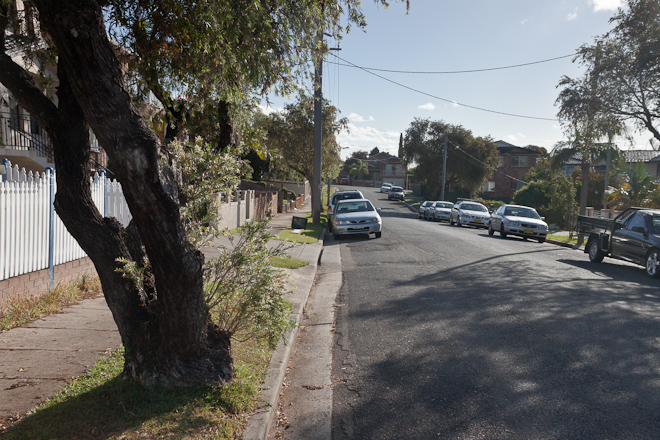 This is Beronga Avenue. You can tell it's a typical Sydney suburbs street because A) it looks like someone's hosting a party (but in reality everyone just has more cars than driveways) and B) There's a discarded TV by the kerb. 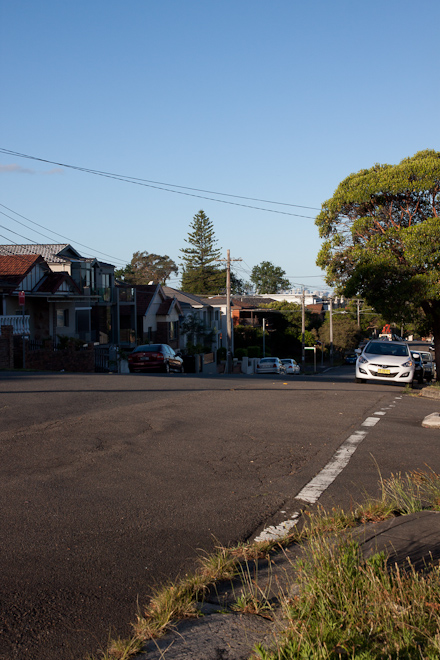 If you look back over your shoulder as you walk down to the Hurstville CBD you can see that there is actually city views from here. You'll need to squint, but. 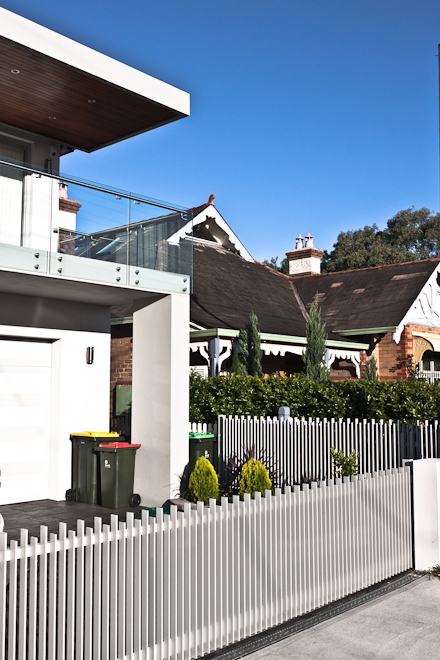 Hurstville is a gigantic suburb, it encompasses an entire council area. It's also an area undergoing major change both culturally, demographically and architecturally. In this photo I've tried to illustrate the nature of the modern houses replacing the houses of the past. 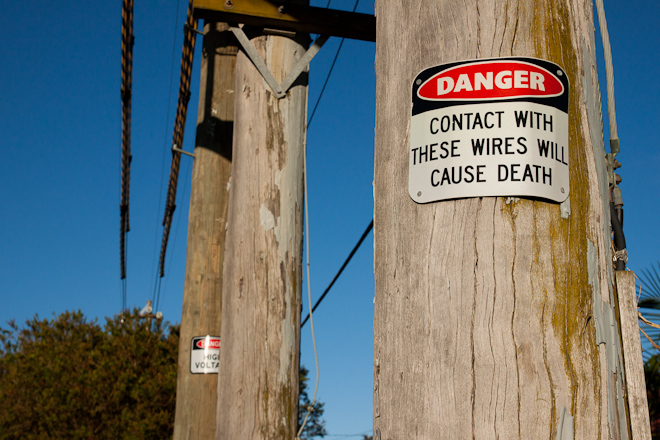 The trip to Hurstville station is not without risks. 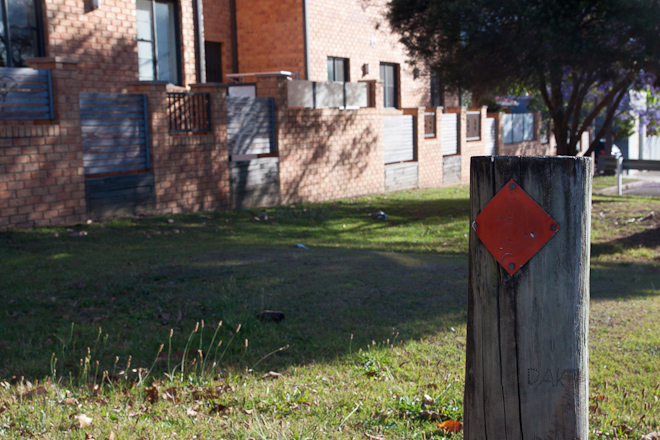 This tiny reserve offers a shortcut to those on the sneaker express. Unfortunately the council mowed it much less frequently than the grass grew to ankle height. Most mornings of the year this shortcut meant squishy socks for the rest of the trip. 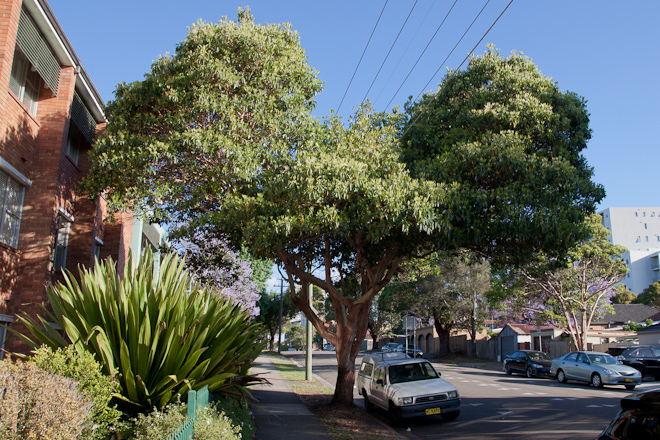 This was a really common sight in Hurstville, trees avoiding powerlines as they grew. 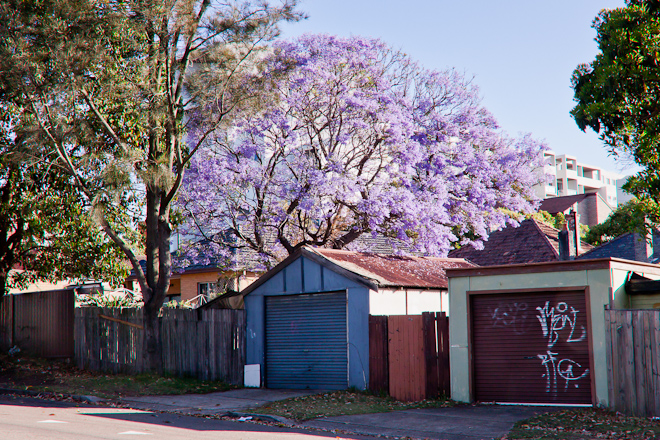 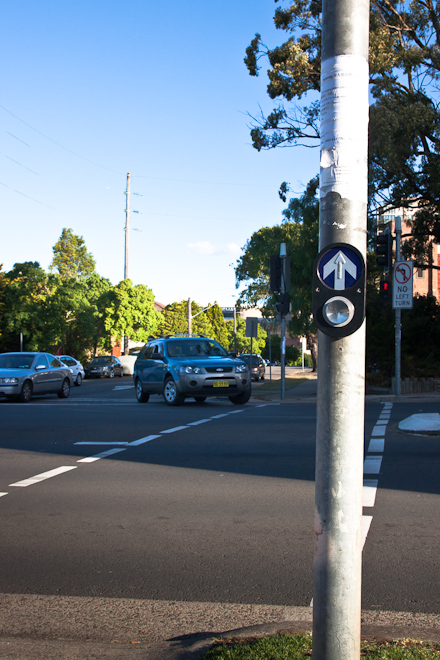 Ah, The Intersection. This was the only major road I had to cross on the way to the train and the point of the traffic signal cycle I arrived at could make or break making my train. There was no crossing this road at peak hour without assistance from the lights. If the pedestrian crossing rang green as I approached, the rest of the trip was a breeze. Just missing a crossing would mean a three minute delay, and usually sweaty armpits. 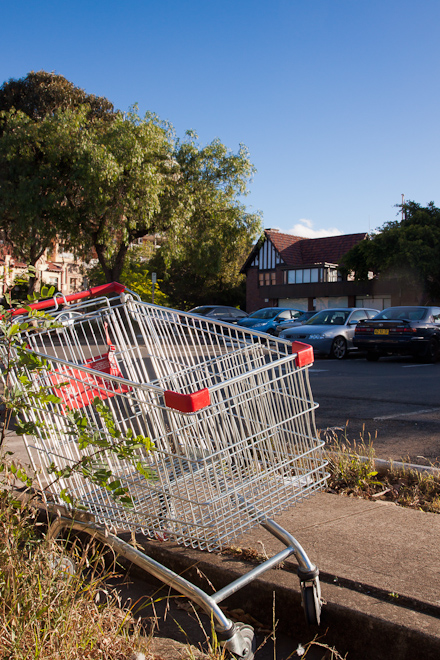 If Hurstville was to design a shield (to hang above their barracks) it would have a road running through the centre with a broken TV on one side and an abandoned shopping trolley on the other. 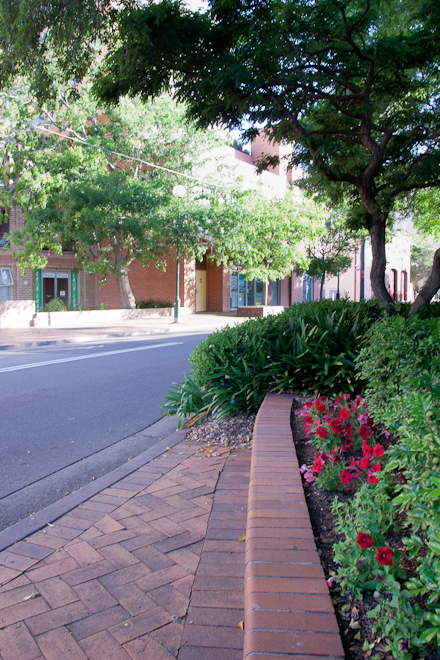 At this point I've left the residential and I am walking into the Hurstville CBD. This is part of old Hurstville town and it has some nice flowers and leafy trees. 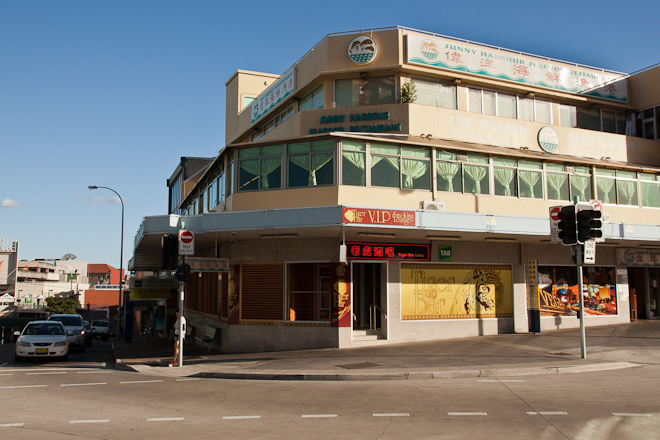 And this is modern day Hurstville. 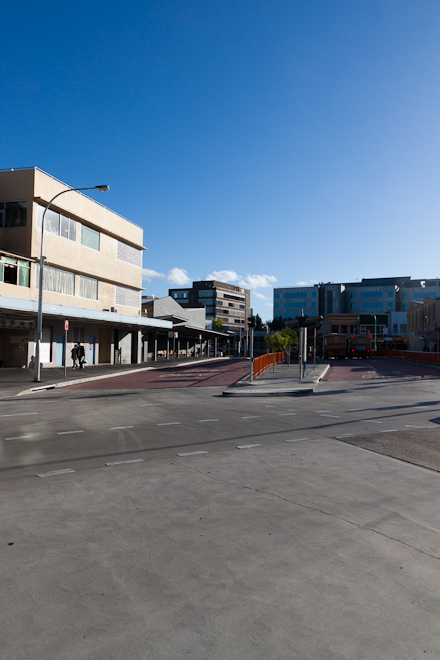 The origin of the name Hurstville directly translates to "Forest Village". 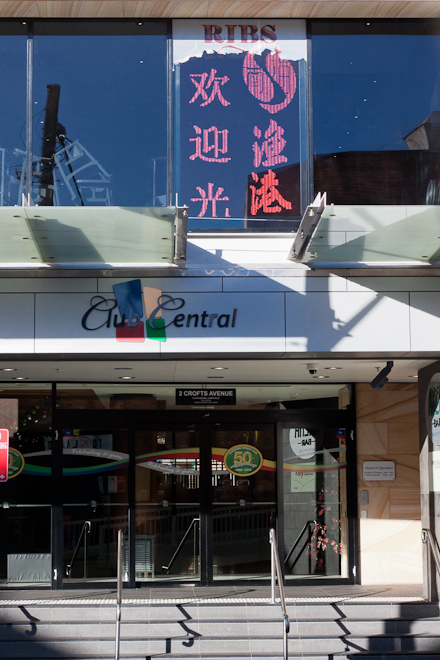 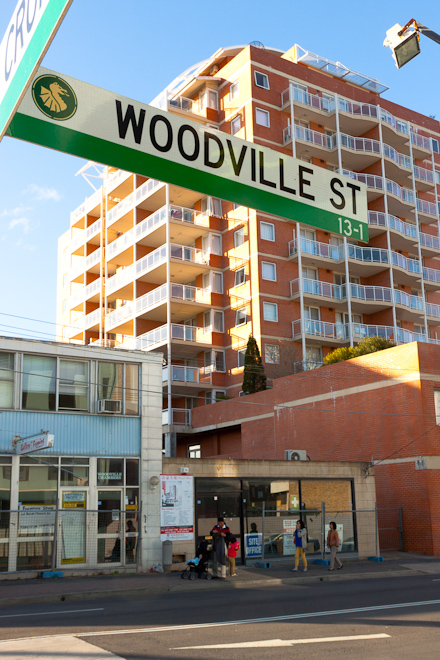 Apartments on Woodville street next to a construction site where more apartments will grow from. 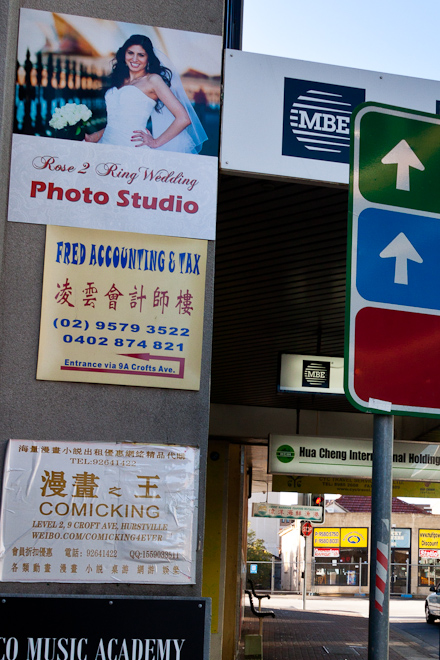 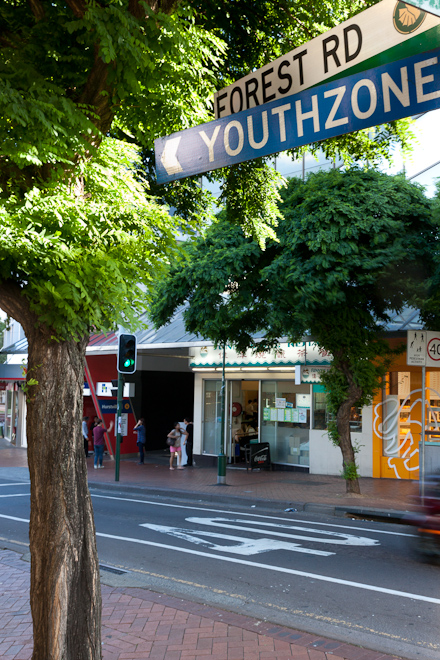 Depending on the earlier traffic lights I would have either strolled or steamed through the streets of Hurstville to its main artery: Forest Road. 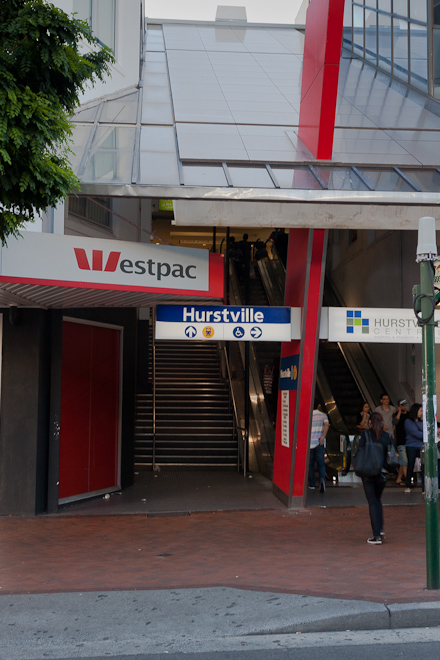 Up the stairs and another of my life's foot commutes comes to an end.

Something about this world makes walking next to bodies of water an enjoyable thing. Walking along endless plains: boring. Walking through the ocean: drowning. Walking around or next to a lake or the seaside: pleasant. I don't make the rules. 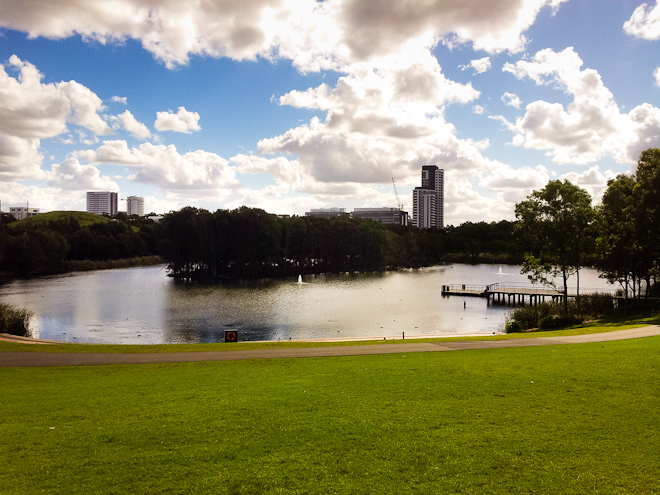 There's a lake near where I live that I like to take walks around to clear my head or loosen my gluteals. If there was no water, or only water, it would be nothing special but the balance makes it an attractive place to visit.

Something else I like seeing on walks as much as bodies of water is birds. My local lake is full of birds. If the time that I am walking around it is close to sunset, or sunrise, there is a gamut of lake birds doing lake-bird things. Seeing them fly around and float and poop relaxes me.

On one of my relaxed buttocks walks my clear head had the idea that I should wake up early one day and come down to the lake and try and take photos of all the birds at the lake. I could try to take a photo of every single kind of bird at my lake and share them with people on the internet.

It would be my challenge for the month.

And now my challenge is complete. 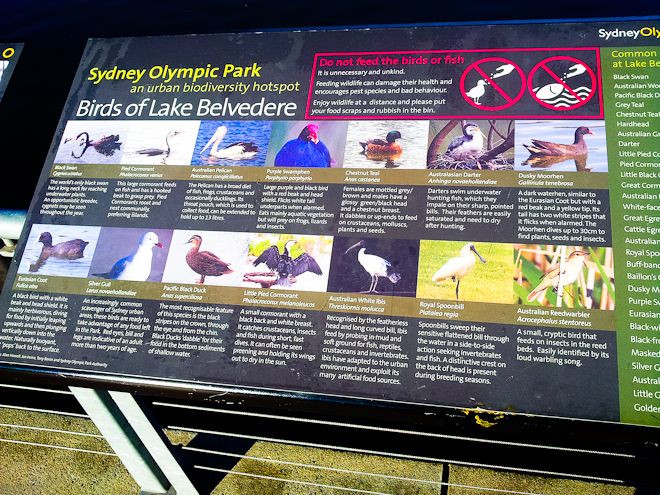 While I was making dinner today I was cutting up a couple of onions. The first onion did that annoying onion thing where its skin breaks apart instead of peeling off nicely and your cutting board and the inside of your fingernails end up coated with microscopic onion skin flakes.

Finally victorious, I cut the ends of the second onion off and commenced another peeling. The same thing happened, this onion too clutched onto every millimetre of its skin in the same way I guess a person would clutch onto their skin if they were being peeled.

At this point I wondered if it wasn't a coincidence that both onions had this same characteristic. Perhaps these onions were brothers? Two onion seeds from the same onion plant. Two shoots which had grown in the soil next to each other, been harvested together, dropped and separated in a hessian sack on its way to Coles. There they sat for who knows how long, not sure where their brother was or even if they were still alive, until the moment my hands pulled them both loose from their display and placed them into my basket.

Those poor onion brothers. They must have felt such relief upon being reunited again, only for me to take the oldest and dice him into tiny pieces. Then, worse, the younger brother would have been plonked in the puddle of onion juice his sibling left behind, knowing the whole time he would face the same fate, his final thoughts just a soft, fading memory of his mother's flower as the rest of the world went agonisingly dark.

I started to cry.

When I got my new phone in April last year I set my ringtone to this tune because it was kind of funky and Hot Sauce Committee was one of my favourite albums of 2011.

What occurred in the nine months that followed was a total separation of that song from its original vibe. It changed to a panic inducing 30 seconds that I heard over and over again at all times of the day and night.

I stopped listening to that album due to the Pavlovian effect the song developed. Now, however, I have a new client who still call me out of hours, but so far less than my old client. And I figured 18 Months by Calvin Harris was an alright album which I could sacrifice if necessary, so I on May 15th 2013 I changed my ringtone to this.

Vanessa and I both set some PBs today. I drove closer to the city and on more tolls roads than I've ever done in a single trip. Vanessa ran 10kms along the Manly coast and up into the hills at a cracking pace. Okay, obviously her achievement was a little more impressive. 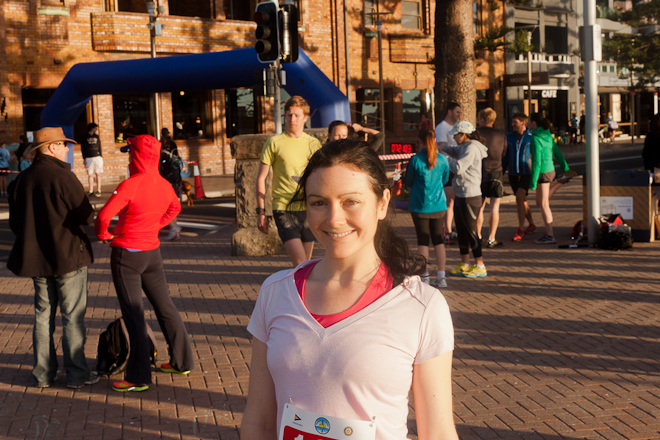 Sunrise at Manly, before the race. 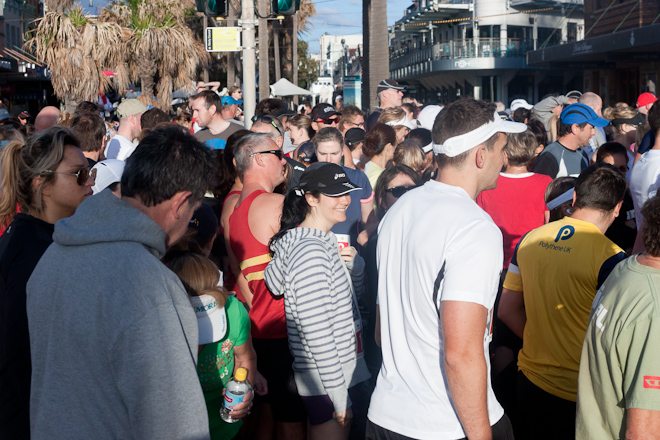 In the crowd, waiting to go. Obviously the jumper went on sometime between sunrise and the start of the race. 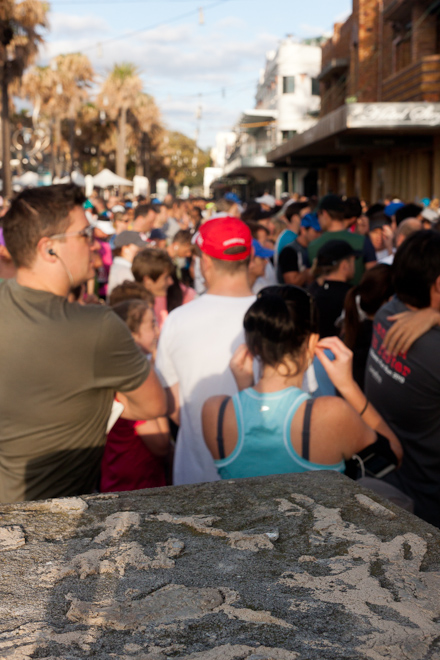 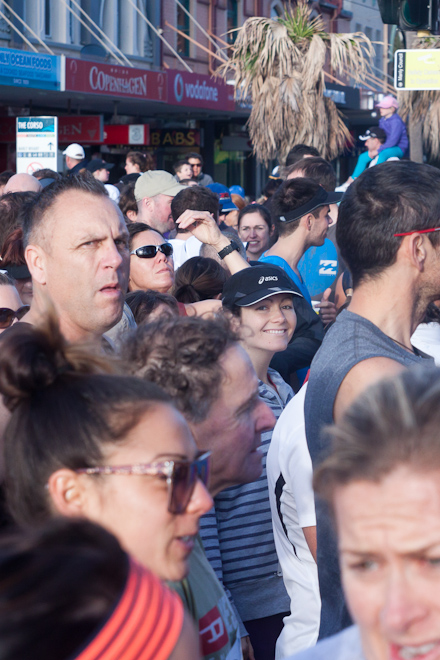 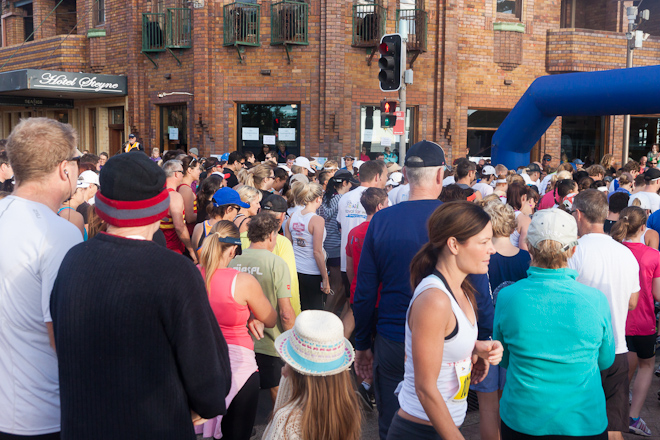 And she/they are off!

Then I went and sat in a cafe with a large coffee and watched the sunrise until she got back. 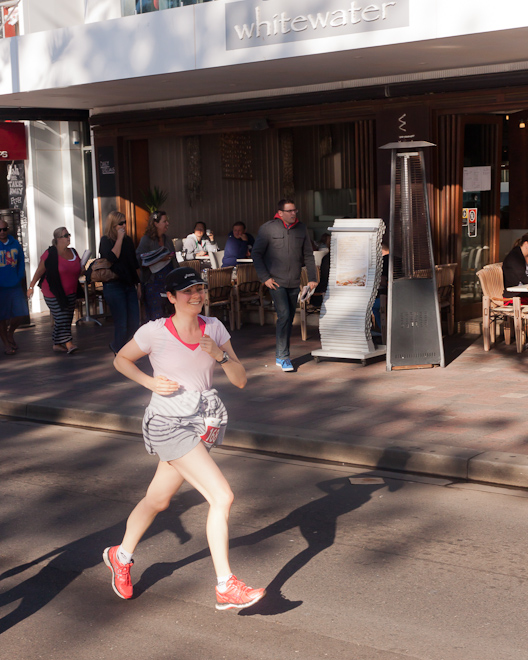 Rounding the final bend... Hey, that's where I drank my coffee! 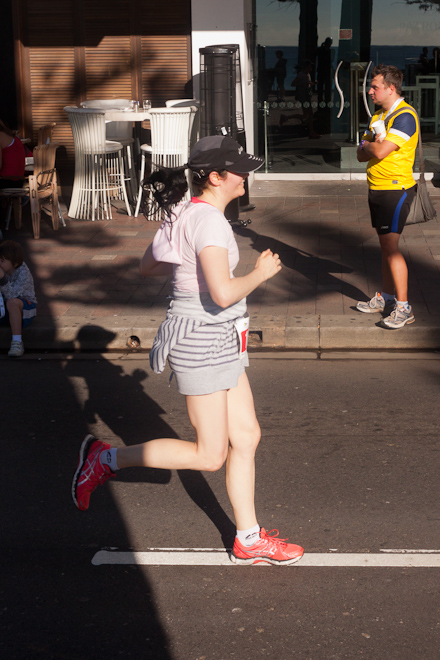 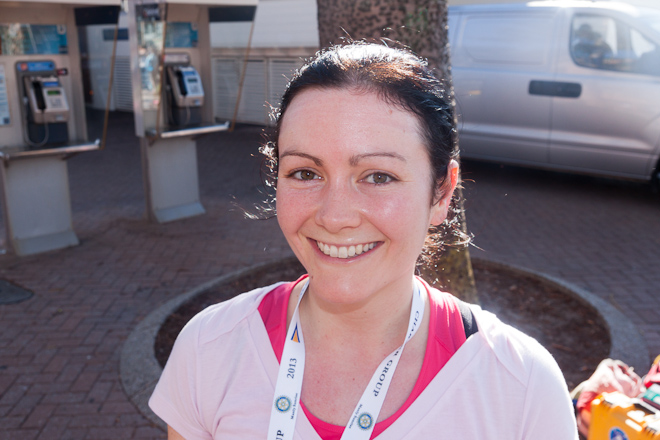 And she won (a medal!) And much pinkness. I was extremely proud, and she said I did a good job driving as well.
Add Comment 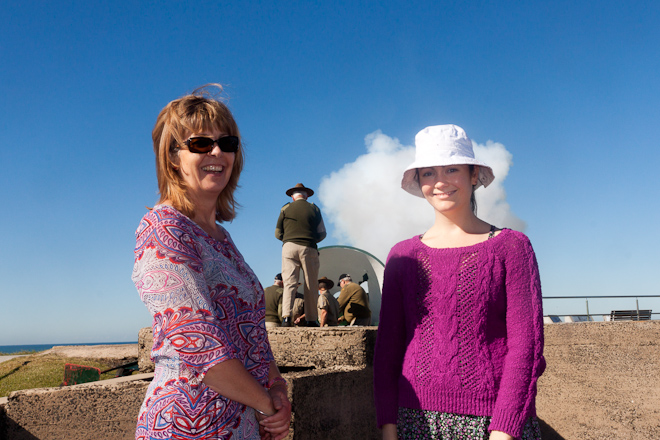