There's a lot of things I hate about running on treadmills. I'm yet to find one that doesn't cramp my gait. I find the unchanging scenery, usually rows of televisions, extremely de-motivating. When someone is running next to me I can't accelerate off into the distance when I jostle loose a fart. In the last cardio room I was last in there was serious risk of hitting my head with every stride. It's also hard not to feel like a tit while wearing my sunglasses.

On the first day of spring I went for a walk at sunrise. It was a chilly morning, but bright, and the air was filled with birdsong and pollen. Of all the sounds, the loudest was the energetic squawking of a hooded plover. It was whooping around the park in quick, wide circles, so excited that it was spring. Like they'd been giving away red cordial on the last day of school.

Those events marked the end of a long winter. Definitely not a cold one; had I not taken a weekend off to visit Melbourne in late June I might have lost my perspective on the season completely. It was "long" because of the fixed, looming shadow of what's to come. The course isn't totally clear, but I can confidently describe what's to come as being a bunch of short, life-shaping events in a row. That's all I can really say. The future is always so much clearer after it becomes the past.

Anyway, later on during these first days of spring I was in Auckland. Auckland is a city where my winter would have had no problems disguising itself as a summer. It was much cooler there. During another of my sunrise walks I heard only a single bird call. This solitary chirp was a much shorter, pessimistic trill by some unseen sparrow. Almost immediately upon its conclusion the rain started.
"Significant," I thought to myself.

You may actually be interested in what I was doing in Auckland. My life is more than eating cereal and making observations about the weather and cities. When I filled out my International Passenger Arrival Card and selected the purpose of my visit I checked "Business", not "Experience trivial reflections about the weather." In a tribute to the bradism.com of last decade I will actually talk about something meaningful in a literal manner.

Lately I have been visiting Auckland to be the technical resource responsible for the local implementation of an integrated e-commerce platform, coded in Germany and deployed in New Zealand. That is, more succinctly, I download a zip file, upload it to a bunch of servers and install its contents on each one. Then I fix everything that was wrong with it. Within my line of work, there is usually a lot that needs a specialist to fix.

I have been paid a lot of money lately to do this and I'm pretty good at it. When I'm not fixing issues I write scripts to do all the things I just installed and fixed automatically. I'm getting good at that as well. I mainly use python. I used python so much this last winter that when I saw a news headline "python kills two Canadian boys in their sleep" I thought to myself, "My code would have raised and handled an exception well before things went that far." This latest project has had its challenging moments already, and I'm becoming better at handling those kind of issues too. By its very nature my role is to essentially make myself redundant and move onto something novel, then repeat. This is my third major project of just this year alone, each using different technologies, platforms and strategies. I'm a specialist in handling new things, basically. And what is spring other than a time for new things? 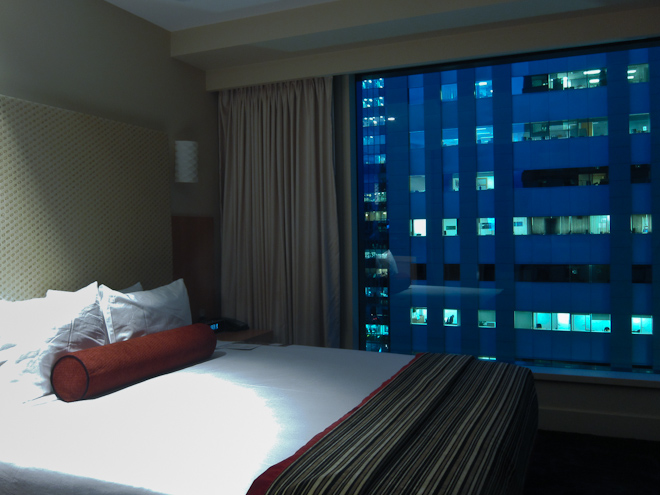 I've had a little too much time to ponder the mechanics of hotel rooms lately. I've realised that temporary accommodation has to walk a fine line between providing all modern conveniences, including personal space, while at the same time fitting in as many rooms as possible into a single piece of real estate.

Everything in a hotel room has a purpose and everything has a place, quite often a place interlocked or slid behind or between other things. Design is critical, with hours of thought put into everything from the layering of items in the mini-bar to the placement of this out-of-proportion toiletries shelf inside this gigantic shower. 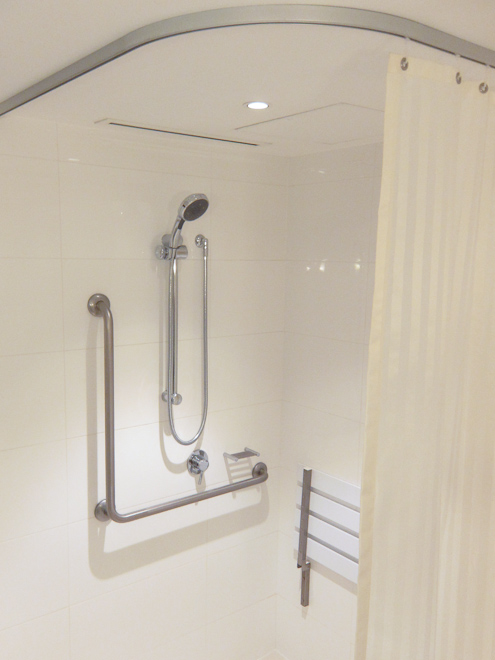 I understand the reasoning. Every extra piece of functionality you can cram into a hotel room is another thing you can list in the "features" section on hotel listing aggregators. Every extra inch of space provided increases your rooms' ratings. I understand everything has a purpose... Then there's this thing. I don't understand this thing. 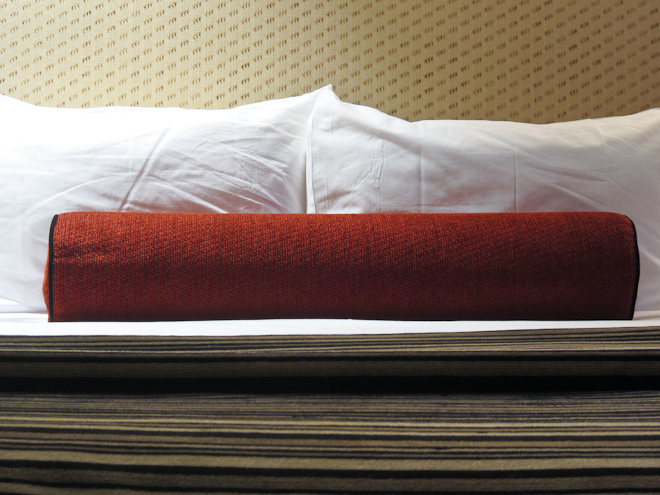 This thing must have some purpose, but what? It could be anything.

An overflow shelf for toiletries while showering? 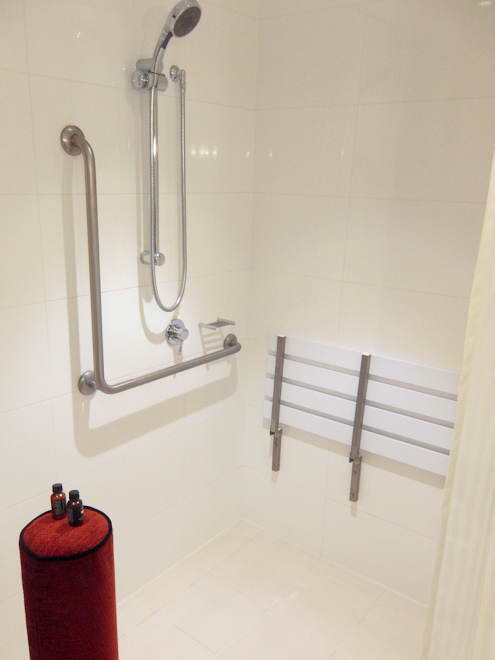 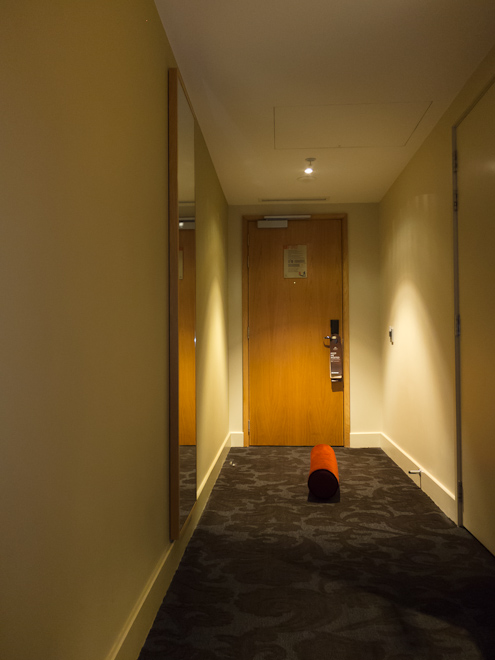 It's definitely not any kind of a pillow
Add Comment

I usually leave for work shortly after eight. I ride the lift down twenty floors to the basement, put any recycling into the yellow lidded bins and walk for fifteen minutes to the train.

I like to wear cream coloured chinos, a long sleeved blue shirt and brown walking shoes. If it's chilly I wear my sleeves long and insert a cuff link between the buttons to offset my perpetually open neck. If it's sunny, or the breeze is tinged with spring warmth, I roll the sleeves up to my elbows to reveal forearms light with hair and never without a kiss of sun. I never press hard when I shave, leaving the blueprints of all tomorrow's follicles visible in a display of casual softness. I moisturise so that when I smile the wrinkles on my face are shallow and add a hint of contrast.

I am a light, cheerfully coloured, smooth edged human. As I start to walk I pull down the wide black lenses of my polarised sunglasses. I insert two in-ear headphones and I accelerate to a brisk stride. I don't make eye contact with anyone. I catch my train and don't look up from my phone until they announce North Sydney train station. I'm behind glass, even after I'm out onto the platform. When I'm home again I'll take the sunglasses off and the headphones out.