One day many years from now, people will ask me, "Brad, why was there a ten week period at the start of 2014 when you posted no entries to your online journal? Was there important things going on in your life? What were they, these things that would stop you from writing?"

And I will reply, "I don't know. I didn't keep a journal of what happened."

Tomorrow will be a big day. It's my first day at a new job, I have a basketball grand final to play in, and on top of all that I have to remember to put the bins out.

I have dwelled on it, and I think Autumn doesn't actually exist. It's just a time of year when it's summer during the day and winter at night, until eventually it's winter during the day too.

Raymond Orteig Jr never went to trial. Informally, there was no doubt that multiple men and women had lost their lives because of him.

A website demanding justice for Francois Nungesser led with one of the last photos ever taken of the Frenchman. Raymond stood beside him, both men smiling and shaking hands for the photographers inside Nungesser's Paris laboratory. Looming high in the background was Nungesser's tï¿½lï¿½porteur magie, appearing to the world like a wardrobe-sized steel box. Every surface looked like the back of a century old refrigerator.

On the website, overlaying the photo, was a scarlet circle around Raymond's head. Below that in the same colour and in all caps was the word, "Murderer."

When the handshake had broken, that day the photo was captured, Francois had stepped inside his invention and sealed the door. The crowd's murmur was cut off as the machine powered up. It hummed and buzzed for almost a minute before a sudden drop to silence. The door slid back open and vacant insides were revealed.

Orteig and the crowd turned in unison to watch a live video feed of Battery Park, Manhattan where a crowd of scientists and reporters wearing tense facial expressions surrounded an empty square of lawn fenced off by orange bunting. One scientist stared at her watch face, her lips moving as she counted thirty-nine seconds. She looked up with panicked eyes, staring directly at the video camera.

I was a bit grumpy when I reached the self-checkouts at Coles tonight. There had been absolutely no ‘reduced for quick sale' tickets on anything I wanted. Florets of broccoli were going for $6.95 a kilogram, which made me scowl. Although I did buy one, I knew in my heart that this was not a price that had any connection to the cost of growing, transporting and stocking a broccoli floret and was instead tied to how much the Australian public are willing to pay for one. I wanted to buy some meat for a stir-fry, but I didn't see a single cut or fillet at a price I was happy to pay. Lately, since buying a house, I've felt like I'm always overpaying for meat. I feel like people, faceless people are silently judging me for this. Every time I spin around to cry out, or to ask them for directions to an economical butcher, they disappear in a puff of smoke. It's killing me inside.

I carried what I decided I would buy past a handful of idle, bored-looking checkout personnel and into the self-checkout corral. I scanned and bagged my purchases and paid with paywave, happy that 35 cents off the price per kilogram of broccoli had just had absconded. That's where the nightmare began.

The point of sale card reader displayed "APPROVED" on it's tiny screen and the self-checkout told me, "Thank you for shop." And then it cut out. I stood frozen, half in disbelief and expecting the rest of the salutation of would eventually come. Half in shock. No other shoppers seemed to notice my peril.

I need that useless farewell from the robot checkout. It felt like all the humanity in the world had been stripped away. Is this what civilization had come to? Was I the last person who still had some social conscience? And to think, I might not even have noticed the missed valediction if the song playing in my headphones hadn't just faded out.

The self-checkout supervising human was starting to become suspicious by my posture and facial expression. He asked me, "are you, like, okay?"
I said, "No, I didn't get my farewell from the checkout robot. I need you to make it do it."
He looked at the monitor of the machine, which was patiently awaiting the next customer.
"It can't work like that," he said. He tilted his head slightly, trying to gauge by my face if I was serious. Concluding that I was, he offered to compromise: "I could say the farewell, if you want?"
"No, I need the machine to do it."
He sighed. "Man, I don't get paid enough for this."
"How much do you get paid?" I asked him.
"Like eighteen bucks an hour."
"Ah," I said. "So that's the true price that I should be paying for meat."

"No," he said. "That's my hourly wage. The price of meat is displayed on all the meat packaging." 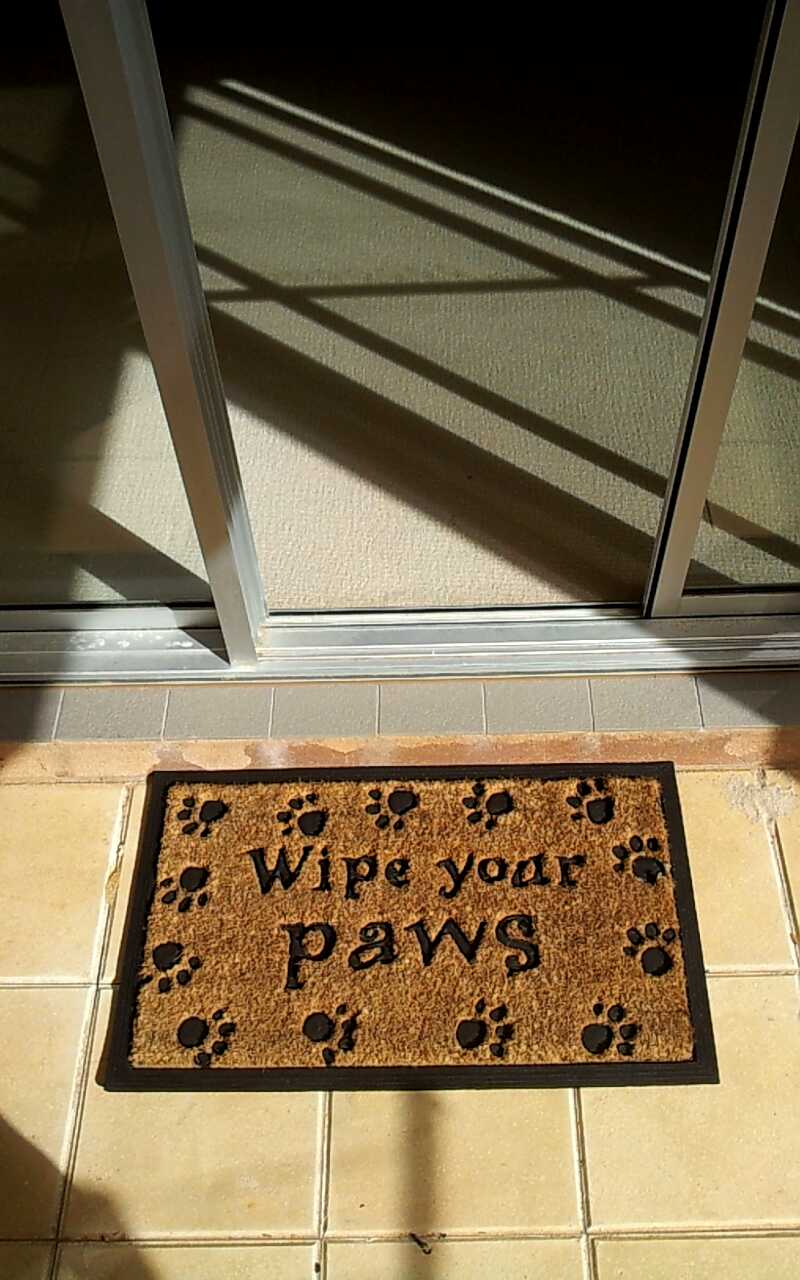 There are times when I question my career path as an IT professional. Times that I wonder why I keep allowing myself to be assigned to yet another enterprise information technology project or support team and have to digest another series of system architecture documents and a six month history of service desk tickets, only to then sit and wait for something to go wrong so I can fix it.

While I wait for it something to break I drink coffee, or have regrets about why I didn't become a bagel baker or a music director or some other job that from a distance seems to be more rewarding. Sometimes I go to the bathroom, even though I don't really need to go right that moment. That scenario occurred today, when I could only handle reading software administration guides for so many consecutive hours. Afterwards, I washed my hands and silently questioned my reflection in the mirror, "Why do you even want to be an IT professional?"

I turned to dry my hands under the automatic hand-dryer. The sensor didn't work and no hot air came out. Purely on instinct I flicked the power switch off, waited a few seconds and flicked it back on again. Warm air commenced blowing against my skin, and I remembered, I didn't choose the IT life. The IT life chose me.