Last summer, for a project, I recorded a short phone video for each day and stitched them all together in an epic summer montage. Completing it was bittersweet. Autumn had commenced, and while I was happy with the film I knew it would also bring me nostalgic misery later in life.

This summer I did not set myself any daily challenge. For the first week of December it seemed like the only thing I was going to do every single day was answer questions about if I was going to make another video. Those queries quickly petered out, but I did do one thing every single day, which was, suffer through various levels of hamstring pain.

I first injured my hamstring tendon in June. For the next two months it was barely noticeable, just a twinge while running and only when I pushed the pace. Slowly the pain increased so that after I went running and cooled down it also ached. In September I saw a physio who suggested some strengthening, stretching and needling. I did those for another two months as the pain continued to get worse. By November I'd completely stopped running. I was barely walking.

At the end of November I had an ultrasound guided cortisone injection into the area of inflammation. This kicked off a summer of never ending hamstring pain. It hurt to walk, to reach over, to stand, to sit. I suffered through days of work and came home to live with ice packs under my arse. I barely left the house on weekends. Anytime I did push through the pain to walk or go out I was greeted with extra pain the next day.

I sought more medical advice, gulped down Voltaren, rested and didn't stretch for weeks. Nothing helped. Each day was the same, a soreness at the top of my leg every morning when I woke up. Gradually through the day it burned deeper and more fiercely. Sometimes the pain would spread into my hip, up through my lower back. Stretching and beer could sometimes beat it back to its home in the hamstring. It never left completely.

After a hot, aching Christmas break I had an MRI which showed absolutely nothing structurally wrong. It was devastating. There was nothing with a target for a surgeon to remove or reinforce. Nothing but a tendon caught in an endless loop of debilitating inflammation.

I wish this every had a happy ending. It's autumn now and still the pain eats at me, wearing at my patience and on my sunny disposition.

I wanted to write this entry about how a summer of chronic pain is so familiar to me. 2006's was blighted by back pain. 2008 I lasted until after Valentine's Day with torn cartilage in my wrist. 2009 was an iliotibial band which kept me from walking until mid March. I've been slightly more fortunate since then.
I wanted to compare those times with now, to give me some hope that I can overcome this hamstring pain the same way I beat those other injuries. 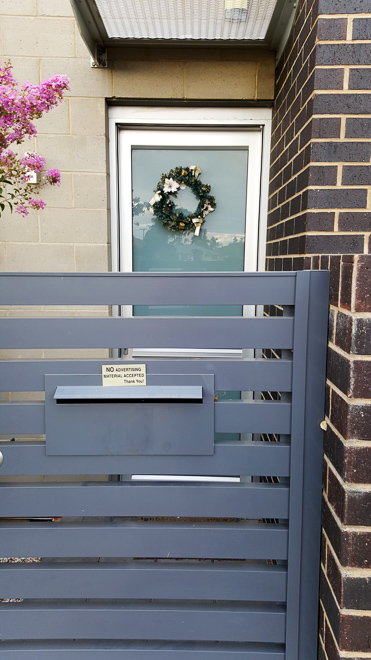 I'm now pretty sure I know where a dead body is.

Use It and/or Lose It

I can't believe I've got DOMS from throwing a tennis ball.

I've already mentioned that my New Year's Resolution this year is to rotate the sponges in the house more regularly. This has been going... averagely. Every time I think about replacing the current sponge my thought process goes, "Sponges cost about $1.50 each > It doesn't even look that dirty -> I'll probably make a curry this weekend and replace it after that."

Then, I make a curry and force myself to wipe down the stove top and floors with the sponge, thus making it unusable for dish washing and into the bin it goes. Sponge rotated. Feelings of accomplishment grow.

Then, my phone reminded me yesterday that it was the Five Year Anniversary of Replacing my Headphone's Padding with Cut Up Sponge. Those sponges had not ever been rotated.

My thought process was, another 1800+ days since that original entry, "Man those headphones were some seriously good value -> Seriously I'm listening to them right now while writing this entry -> I don't think I'm ever going to rotate those sponges." 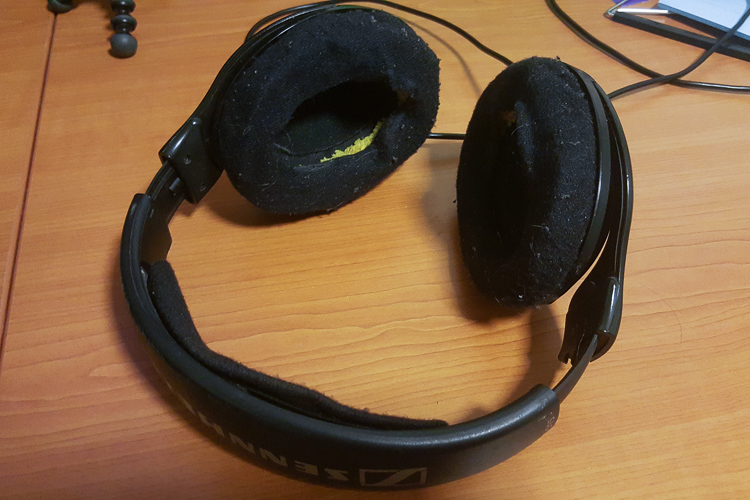 A little bit worse for wear, quite a bit more dog hair, but still my darling HD515s. I use them less these days, but I'd still estimate another 3500 hours have been racked up since 2011. That would make the cost of listening now almost as low as one cent per hour of listening time. (And those sponges padding time almost .1 cent per hour.)

The Very Best of Sting

The last 36 hours have been unpleasant. Tuesday morning I had a cavity filled and the dentist accidentally left a helictite of hard, sharp filling stuff pointing at my tongue. It stabbed me every time I ate or drank or swallowed or made "p" and "th" and "sh" sounds in words.

On top of that I tried doing some 50m runs yesterday on advice of my physio, and today my hamstring hurt so badly I almost didn't make it up the ramp from the railway station.

Plus, Belgium was attacked by terrorists and thousands of people died (in Belgium and also in the middle east and other places combined).

Eventually the dentist did see me again, to remove the jutting blade, but not before my tongue was cut to shreds along the side and tip. Have you ever paid attention to the way your tongue will spend your mouth's downtime probing the cracks in your teeth and fossicking out any old bits of food or anything else that doesn't belong? My tongue did that a lot. It fell on its own sword over and over again, like a thirteen year old boy it was.

I usually like going to the dentist. I don't have many cavities and having someone shorter than me cleaning my teeth for me made me feel like a crocodile on the riverbank having its teeth cleaned by a bird. I Googled to find out what the name of those birds were and now I know that it's a myth that birds clean the teeth of crocodiles. Seriously? This day could not get any worse... Unless the dental assistant who was sniffing above me for the whole hour my mouth was forced open yesterday did manage to transfer some kind of sickness into me, right before Easter.

Moral of the entry: Take a second to appreciate the unsung things that are working right now. Your elbows. Baristas. The laser in your computer mouse. Yogurt. Weather forecasting. Your hot water system. Gravity. You never know what's going to go next.

Born to Do It

I like writing. I like writing journal entries. I'm not sure why I do it so infrequently. Usually, after I do write and post an entry, I feel a sense of satisfaction that lasts for minutes. I wish that more journal worthy things would happen to me each day, to inspire me to write journal entries more often.

Today I was driving home in peak hour traffic after taking the Jeep to the car-dentist and I was in a good mood. The sun was nice and warm. Fresh FM were playing some nostalgic tunes and even though traffic was crawling I didn't have far to go, so I enjoyed the enforced downtime and cruised at walking speed with the window down.

I was wondering at the time if describing this would be a satisfying journal entry. Probably not, I concluded. Then, right when the song on the radio sang Craig David all over your *boink* a bee flew in through the open window right at my face the moment the *boink* noise played. Some guy on the sidewalk looked at me. The bee hovered in front of my eyes for a moment and then was sucked out the window again by the wind. I barely had time to feel any fear. And that's what I wrote about on my 5240th day of sporadically journalling the unimportant parts of my life.