I've been asked to keep a tendon diary. I need to record the pain and stiffness out of ten, every morning for four weeks. And also note what I did the day before. Could I manage that?
I said, I've kept a journal of far less important things for over a decade, I can handle twenty-eight days.

I've suffered through chronic pain for so long now that I'm forgetting that the people around me aren't feeling the same way I do. I'm talking about pain that gnaws at you the longer the day goes on, that makes it so you can't find a comfortable position to hold your body in, has you hopping from side to side by 3pm to shift the pressure because you can't sit still. Pain that makes it hard to focus on the words on a screen. Pain that makes you speak short, curt answers to everything even though you don't want to be grumpy. Every single day. For years.

I know, I'm not the only one with lingering injuries, or past trauma. I know that others are dealing with terminal illnesses, or dying in floods, or all of the above.

But it's reached the point now where I'm actually scared of couches. I don't sit on them. If they're soft, or low, my lumbar freaks out. It can take less than a minute to happen, and the inflammation can last for weeks. I avoid chairs too, plastic, wooden, office chairs. Anything firm will compress my hamstring tendon. Everything I sit down on is an investment into future pain. Every walk I take has a future cost.

It's gotten really bad lately. Despite years of resting, stretching, strengthening, icing, medicating, standing, inebriation. Despite paying thousands for physiotherapy, radiology, anti-inflammatories, and ergonomic improvements the pain is so ubiquitous that I feel like I'm losing touch with reality. I’m trapped in its cycle. It’s reached a point where I feel like I have to write about my internal burdens so they don't consume me from within.

I just want to live a normal life as an IT professional who wants to be a writer/photographer/web designer. I need a way to be able to sit at a computer! I'm writing this on my back with my phone.

I'd rather be broke than inflamed, so I attended another specialist appointment today where I was told much of the previous specialist advice I'd been given by other expensive specialists was mis-advised. I was told exercises and stretches I'd been suffering through every day were probably making things worse. Then I was given new stretches and exercises. Was I optimistic then? Or did I want to punch something? (I would never punch something, I'd probably hurt myself.)

Another thing I was told about tendons is that it can take up to 12 weeks before seeing any improvements, and not to give up before then. I left my appointment, the sunset gleaming on the glass of the city. A certain, remembered warmness lingered in in the air. Winter was over. Twelve weeks. The first day of Hamspring. 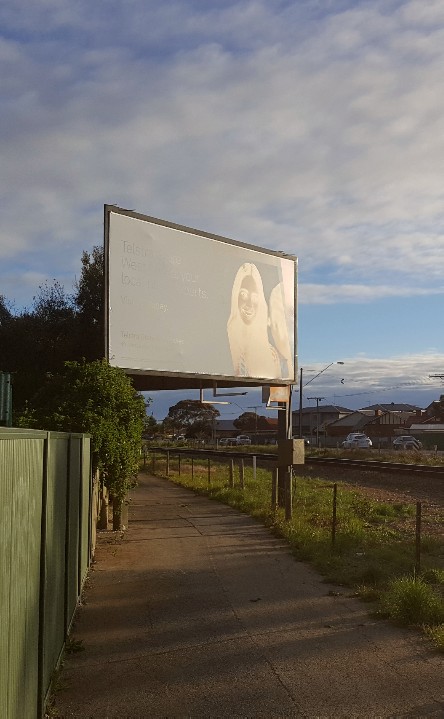 Not A Notable Noting

It feels crazy that it was only five years ago that I received the original Samsung Galaxy Note. Finally, a phone fit for my giant hands. Observations like that were so amazing. I could use my phone to avoid social interactions and like an abort switch it could actually stimulate small talk.

I kept that phone for years, and multiple s-pens, taking it to New York and Auckland. I wrote many journal entries on it. Eventually I came to hate it. It didn't get much support, became super slow. I cashed it in when I upgraded to Note 5. I wasn't sad to see it go. The above nostalgia is rose tinted.

Then the next day, ironically, I was given a “new” on call phone for work. It was a refurbished Note 1. This was 2015. I don't think it was the same one I handed in. It might have been… I didn't look too closely. I forwarded it to my personal phone, left it plugged into a charger, then forgot about it until last month. That's when I was told by work the contract was up. I asked where I should return the phone, they said I could recycle it or keep it.

So I sold it for $50 online. The point is, don't get attached to your phone.

Posted from my Note 5.

There’s a controversial documentary that, among other contentious suggestions, remarks that an egg contains the nutrients to sustain a growing baby chicken for twenty-one days. And we “eat four of them for breakfast”.
It was at that point this documentary lost its credibility with me. If I want to eat 126 days worth of chicken-forming nutrients in a sitting then I goddamn will, and I won’t feel guilty or sick about it. I’m two metres tall, big brained, warm blooded, and at the top of the food chain. Also, the only thing more diminutive than my size in contrast to the expanse of the known universe is the minute fraction of its lifetime in which I will exist. I should be allowed to eat half a dozen toad in the holes.

I now feel slightly sick about it, but not guilty.

If you're a new writer trying to break into the traditional publishing market in the US or the UK, chances are you'll want the help of a literary agent. Not just any agent, one who likes your story and believes in it, because they're the ones who will be out there trying to sell it.

Tip #1 - One way to find the right agent is to connect with a whole bunch of them on Twitter and keep an eye on what kind of themes or ideas they're looking to represent.

The problem with connecting with a bunch of literary agents on Twitter is that, once the rejections start coming back, now you no longer have somewhere you can post your Tobias Crying in the Shower gif.

That's okay, the market is more competitive than ever these days. Honestly, I'm thankful for every agent who takes the time to write you back and say thanks for submitting. A rejection is far better than never hearing anything, and slightly worse than having an agent represent a story they don't have a true investment in. Good for everyone. The system works!

Tip #2 - Have a backup form of social media that you're confident no one will ever read, so you can let out your true emotions.

My train line is closed for ten weeks, and because I still can't sit down I decided to take the bus into the city this morning. Standing up on a bus gave me a new insight into the windows of other drivers on the road. Holy Shit, the amount of people on their phones and doing other things while driving is scarier than I thought. I saw one woman with her feet on the pedals of a V6 engine and her head in a novel. And she wasn’t even at the end of the book, she was barely a quarter of the way through. Unless it was a choose your own adventure… Still frightening.

I'm not sure I can ever get behind the wheel and drive in peak hour again, now that I know what's truly happening in the cars around me. This sucks, because the other insight I had today is that standing up on a bus really sucks.

I was looking for some inspiration for new characters and stories to write. I downloaded a bunch of true crime podcasts to hopefully give me some ideas.
Ten seconds into listening to the first, I had that creative click: I should write a character who went missing while researching a true crime for a podcast.

Oh, and there was some football on today. And a BBQ. I wore shorts.