We're all screwed. Maybe it's the smell of oil and petrol that's always in the air. Maybe it's the plastic and Styrofoam that blows around my neighborhood on a windy day. I live in a middle class suburb in a low-density city in a modern, comfortable society. If this is what Adelaide - population 1 million - is like, how am I supposed to have confidence in the future of humanity? 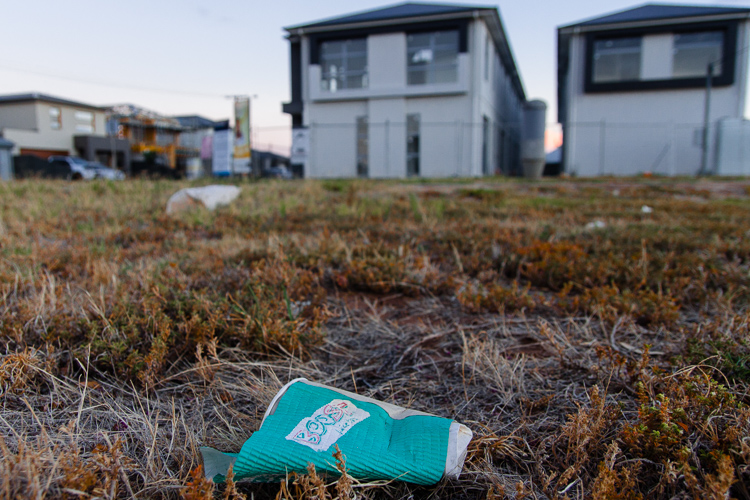 The shiny sheen of the world wears thin sometimes, and I catch glimpses of reality. Like, there's 8 Billion people on the planet now, that's over 6 Billion more than there were this time last century. There are enormous plastic deposits floating out in the oceans. Pacific Islands are shrinking. Supermarkets don't buy odd-shaped fruit and vegetables, and emissions are warming the planet. Trash is piling up everywhere.

Yawn! I get it, everyone knows this stuff. We hear it all the time. I'm as poignant as a 14 year old. A hypocrite, typing this on coal-fired internet.

Except, this dismissive response is the exact reason we are all screwed. Human brains don't think long term, definitely not in the timescale it takes for most plastics to break down. The instinctive response to fear is not limited to fight or flight. For a lot of people it's actually freeze (do nothing) or friend (avoid conflict). We are programmed for inaction. It helps in a lot of basic use cases, but we've developed beyond a lot of those. We're mentally capable of sitting and watching TV for hours while this happens around us. 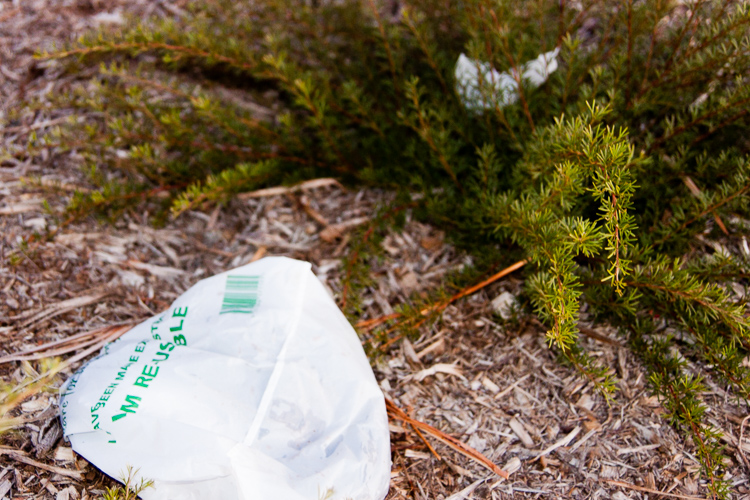 It’s not all tragic. We can use that same psychology to help our planet. Social cues have been shown to motivate changes in behavior better than abstract fear forecasting. Warnings about rising average temperatures make us feel bad, but an LCD sign on every street that indicates what percentage of residents managed to provide uncontaminated recycling would have a real effect. On a simpler level we can lead by example, and hope if enough people show their actions it might influence others. Bradism.com separates its recyclables, has meat free days, uses public transport. I sometimes pick up rubbish that I see on the ground; hand sanitizer exists. It's a small inconvenience, in terms of trying to save the world.

And then, when we're all living in harmony with nature, we'll die from an undetectable outbreak of listeria covered Rockmelons.

Had an archetypal Mad March evening in Adelaide tonight. Craft beer at a small bar, followed by wood-fire pizza at a Rundle Street Cafe, a walk along the Torrens, and ice-cream. This all led to our attendance at CIRQUE ALFONSE - TABARNAK.

Wow, the strength, balance, endurance needed for this kind of performance is unbelievable. And that was just me trying to get comfortable on the cramped, plastic seat. The show itself was amazing. The combination of music, singing and physical feats were a brilliant reminder that I made the right choice pursuing a career in IT.

There's two things I don't like about the roads on the Yorke Peninsula. One is that they're very bumpy, and two is that there's too much roadworks.

One good thing about these roads is that they took Vanessa and I to Marion Bay for a weekend of walks, beaches and a combination megacouch. 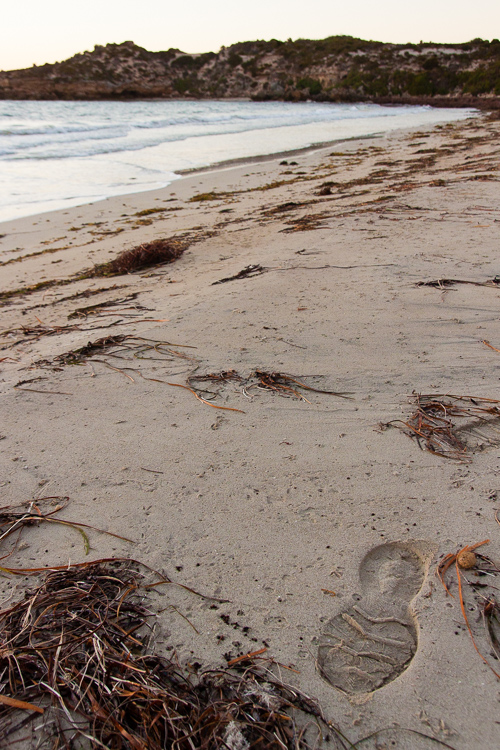 I saw a lot of my own footprints during our hikes in Innes National Park.

It was a nice trip. Not only do they have spectacular cliffs and places to swim, but there's also 4G mobile reception. 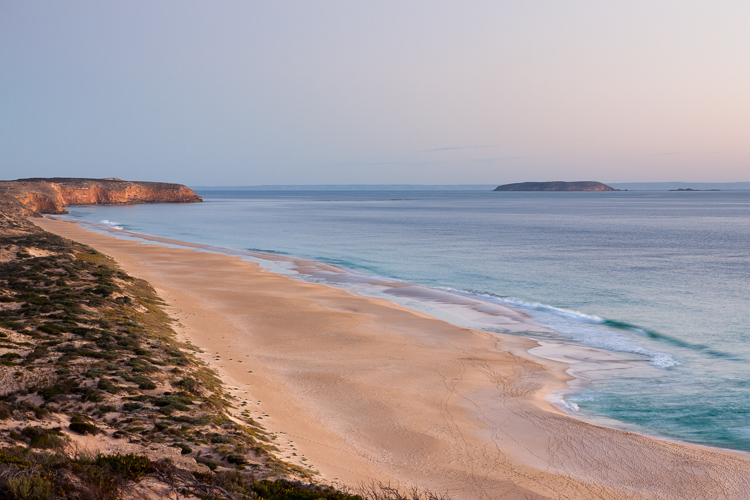 Using a phrase on a t-shirt is a really lazy method of characterization when writing. But in real life, sometimes it happens. At lunch today I saw a middle aged woman in mum-jeans wearing a t-shirt that said "I just want to rescue dogs and drink wine." I know you can picture exactly what she looked like.

Today was casual Friday. I mean, I work at a university, every day is causal Friday. But I'm a manager now, so wearing a t-shirt and jeans feels frisky. I thought I'd only have one meeting today, and it should have been okay. Then some consultants asked me to meet and discuss the integration architecture. So there I was, New Balance 624s on my feet, the most elegant, glorious high-level technical overview spilling from my lips like a 2012 Shiraz. I felt, physically, indescribable. I mean, why would you even bother trying?

On my way to my train home, beneath distinctively overcast autumn skies the same shade as my shirt, I was waiting at the crossing. A woman started across the road well ahead of the lights actually changing. She had a wrinkly tan that said she'd never spent an hour in an office during the daylight. Her backpack was on her chest; she puffed from her cigarette as she blocked the lanes. She had a black baseball cap on, emblazoned with the word, "Whatevs."
"Wow," I thought.

Sometimes, needs must. This was the situation I found myself in last weekend at Marion Bay where I had a stack of bacon rashers, a third-dozen eggs and not enough bread to make toad-in-the-hole sandwiches. What I did have up my sleeve was a hot cross bun desperate to be crossed with something savoury. So I did it. I ate a bacon and egg sandwich between the spiced, sultana-laded hot toasted hot cross bun pieces and it was amazing. 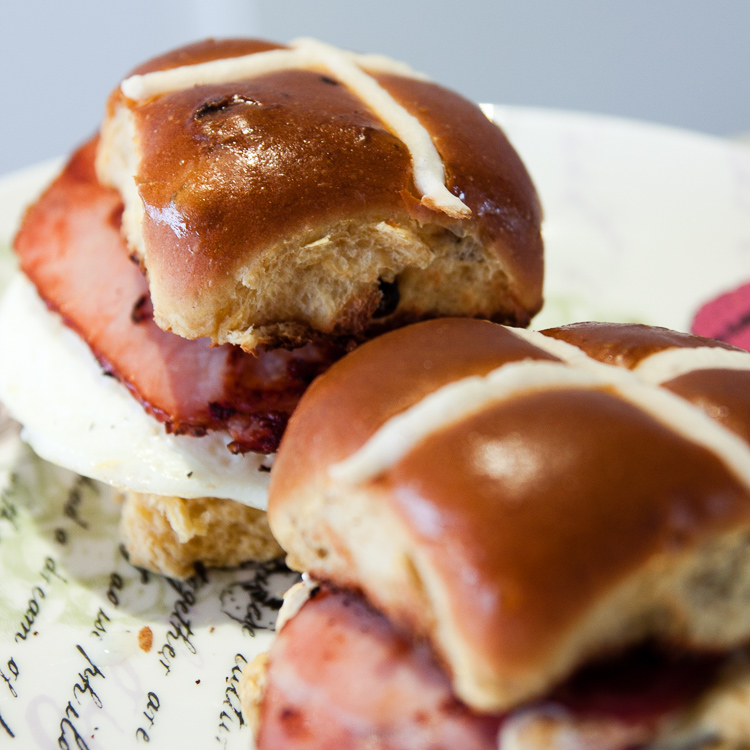 So amazing that I felt compelled to try it again this weekend. (And no, not just because the shack toaster mauled the top half of the hot cross bun and I therefore couldn't take a photo.)

Today I tried to recreate the original, only to discover while slicing the new buns that Woolworths were selling brioche buns disguised as regular ones. I wondered if brioche would improve the taste. Alas, no. If you are going to try this, stick with the regular buns.

If you've ever stuck something different in the middle of a hot cross bun, let me know in the comments.

For only $400 you too can have your own blood extracted, spun in a centrifuge and injected into your hamstring. That's what I did, because if thirty months isn't enough time to heal then maybe a 30ml platelet-rich plasma payload will speed things up. Who knows. Would they have used 31ml if I'd injured myself in August 2015?

You're probably wondering, why does it cost that much? After all, it's my own blood. The doctor even asked me which arm to take the sample from, like I've been to sports-medicine school.
I said, "whichever arm has the best blood in it". Then, "left?"

The process did take over half an hour. It required a qualified doctor, and a ultrasound technician. Both of them had to touch my buttcheeks. Plus there's my partial contribution to the expensive looking ultrasound, the unseen centrifuge, the special needles from Switzerland, the single-use blue bed protector, the copy of The Advertiser in the wood-paneled waiting room. The American Express transaction fee. The two circular bandages, for my arm and second arse hole. Yeah, I can understand the cost, it's actually reasonable value.

I just hope it's worth it.

How to Tamper With Your Legacy

What do Steve Smith, Barnaby Joyce, Harvey Weinstein and Martha Stewart all have in common?

Like so many other celebrities, politicians, business-people and app developers, they don't think the rules should apply to them. 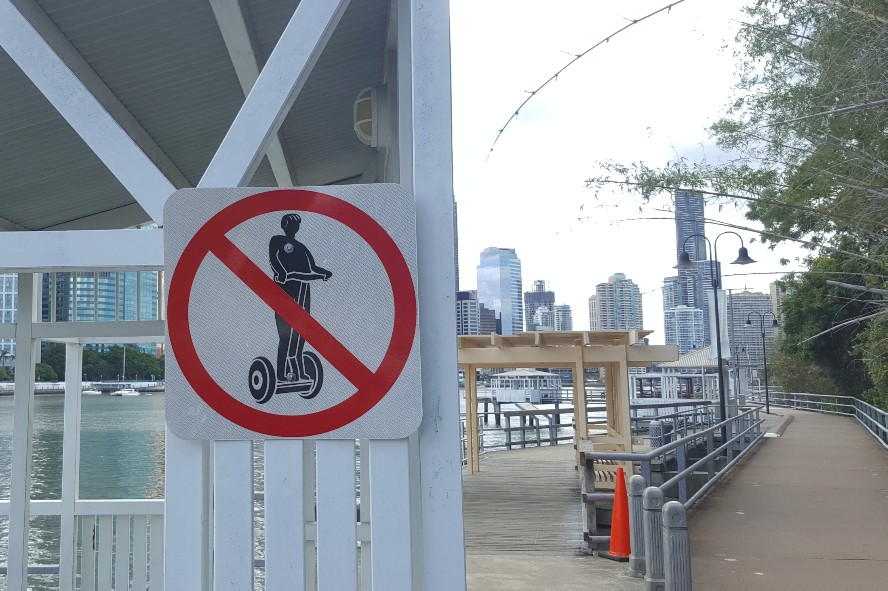 The farcical level of disrepute the Australian cricket team brought to their sport today was yet another example of arrogant humans in a position of power or superiority choosing to believe they are above the law.
In this absurd case, only the laws of cricket, but it simply highlights the recurring theme that human beings will always try to find ways to cheat to benefit themselves.
Whether it be trying to win a game, trying to make money, trying to get sex, trying to take power, nothing changes. We establish rules for ourselves, then we break them.
It's not only those in power. You probably break rules too. Pirating software, using a phone while driving, printing personal documents on the office printer, self-scanning expensive produce for lower prices, overestimating work-related expenses on your tax return.
Not everyone, of course, but enough for a pattern to emerge.
Human beings are cheaters, it's biological. We wouldn't be where we are without pushing the boundaries. The first fish to walk on land was breaking the rules. How did mammoths feel when we cheated and used stone tools? How many steps forward has our species taken by trying to gain an unfair advantage?
It doesn't excuse the modern day cheats, they should know better. We all should, but the justifications they made would be like the ones in everyone else's head when we break the rules. Psychological camouflage for what's really happening under the hood. The only thing between you and what you want is an abstract concept and a perceptible risk.

So should we just cheat? Everyone drop the act, step back to survival of the fittest?
It depends how much longer we want to survive on this planet. The evolutions of our technology has outpaced our own. We wield power beyond what our meaty brains can holistically understand.
Funnily enough, we're actually heading in the right direction. Every time corruption or deception generates public attention, it indicates we're coming closer to self-governance. It might seem slow, or overwhelming, but it's happening.
Of course, the better we govern ourselves, the more innovative cheaters will become. We've seen that this week too, regarding revelations about Cambridge Analytica, and the evidence of flaws in our social media platforms.
My preference would be for a global AI to take charge, but I don't think we've progressed to that stage yet. It would probably turn on us, or never get out of beta while project costs spiral higher. More likely, it will be hit with security flaws, or someone will find loopholes.
Sadly, that's what we do.