Art of the Brick Review 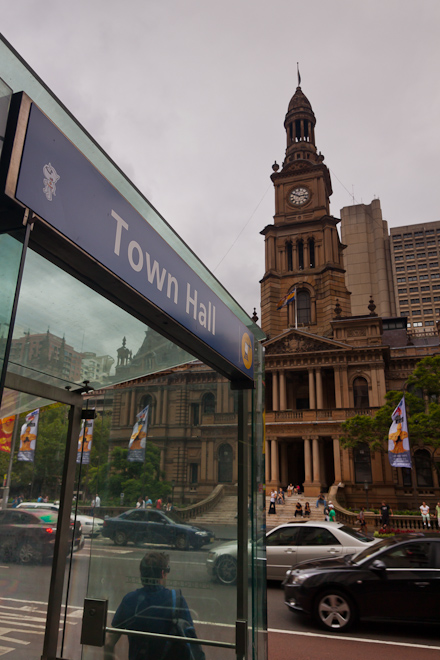 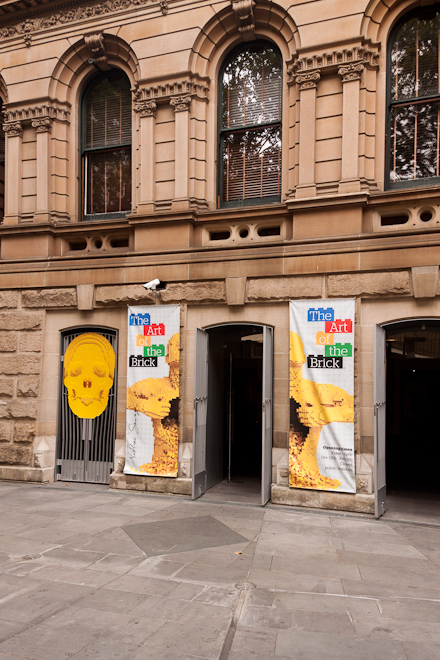 I went to an art exhibition called "Art of the Brick". It was an art exhibition by an artist that explored many themes. Artistic themes. The fact that things were made of Lego and that I occasionally take photos of things I made out of Lego was a coincidence. 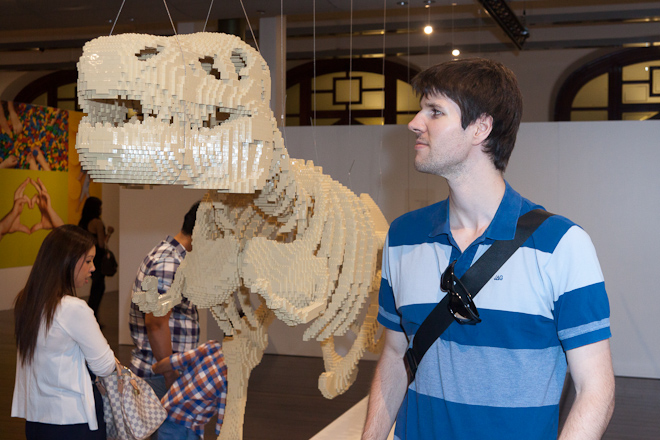 Inside I looked at works of art. 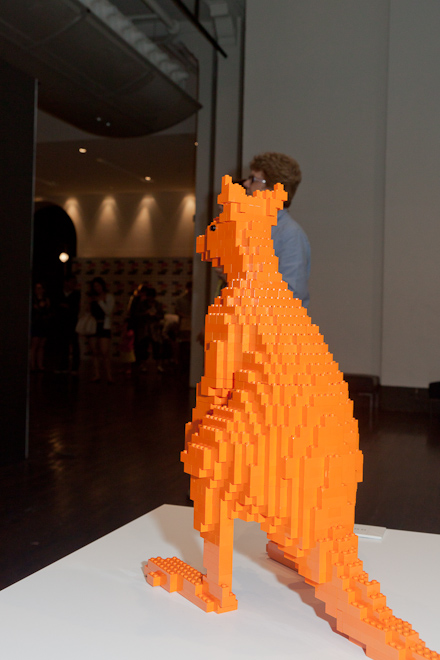 See, look at this piece of art. It is a Lego kangaroo made entirely out of orange. The message behind this piece is obvious, but takes a lot of thinking about. 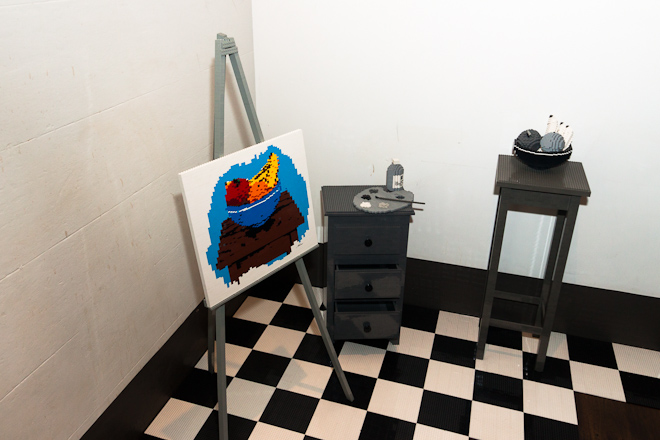 I am being a little cynical, there were some impressive and expansive pieces that would easily be categorised as "artistic" if they were constructed from some other material except for Lego. 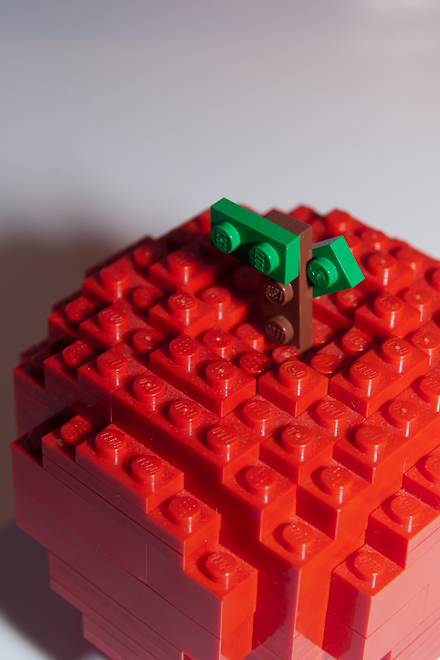 Unfortunately the artist used illegal building techniques on several occasions. That's probably because 99% of everything was made of bricks and tiles. That's restrictive. 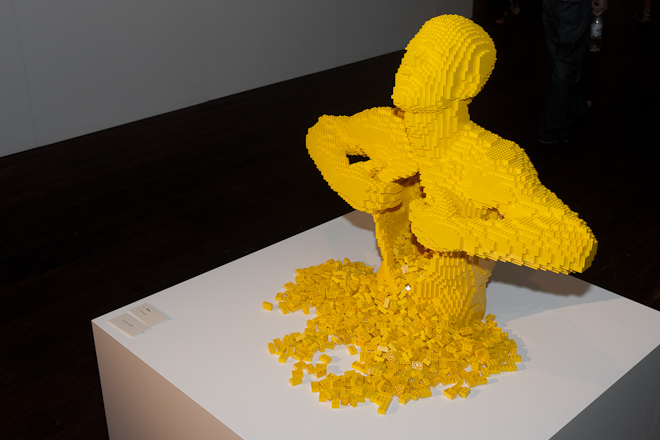 Tickets were . Was that worth it? I guess so. I assume all the proceeds go towards funding the guys gigantic Lego collection, and Lego isn't cheap. Just take a look at the gift shop that takes up the second half of the exhibit.