Yeah, 2015 held some shit times. Far too many. Particularly at the arse of the year, where it joins to the hamstring tendon of the year.

I want to arrest the sense of jade I'm feeling about the past orbit by highlighting some positive things that occurred. Some of them were special, I don't want them getting lost in the noise.

Here they are in chronological order:

March 14 - I like this date because it just squeezes in before my one year anniversary at my new job. It's also the date of the go live of the project I spent six months on. Technical details follow. A full middleware stack, totally rebuilt by Brad-curated automation on better hardware, more efficiently licensed VMs. Dev through to prod. I delivered what I'd teased at in my job interview. I said, put me in charge. Let me take over the technical environment, disconnect your expensive vendor, save you money, improve the delivery cycle. I'd done that kind of thing before, but never without someone more experienced by my side to fall back on. I'd proven I wasn't being arrogant in the interview. I was competent. I was an IT profesional.

Honestly, I would have promised a lot more if they'd asked. Jobs like mine in this city aren't plentiful.
Also, I still had lots of help from other people. It was nice how that worked out too.

June 15 - Cairns, QLD. It had been raining that morning. Vanessa and I ate our fill of the free buffet breakfast and then went by boat to a place called Fitzroy Island. The sun came out. We spent the day hiking around the island. Rainforest, beaches, an abandoned lighthouse, and to the top of the volcanic ridge that had brought the land out of the water. 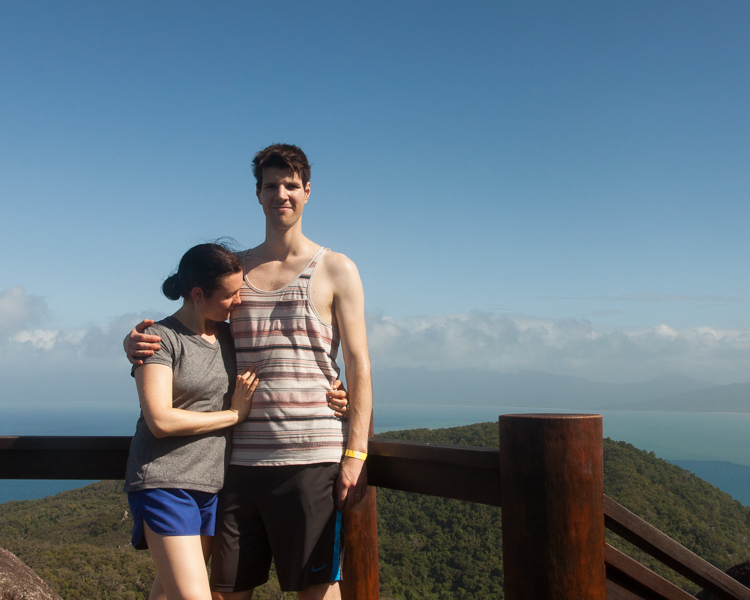 After a shower we walked along a coral beach and watched a beautiful sunset, followed by dinner and champagne. The food was superb, the air warm, the sound of the ocean peaceful. It was close to the perfect day. Good food, plenty of exercise, pretty sights, amazing companionship, free breakfast, snorkelling. Air conditioning on demand.

A lot of shit goes down on this planet. A lot of unfortunate people don't have the chance to even try to have a day like this. If the karmic dice of the universe have gifted you the resources to plan this kind of day I strongly recommend you do it. These kind of memories will help you through the bad times like the coming fresh water wars, month long periods of 40 degrees and dealing with FTTP drop outs in the 2050's.

(The next day was also pretty good. Before leaving the island we went snorkelling and met a sea turtle. And there was another free breakfast. It was totally worth missing the last game of the NBA Finals.)

October 24 - A whole team of friends worked together to plan Chow's Bucks Weekend. I spent a bit of time stressing about it. We had set ourselves lofty goals. Watching it come off (roughly) as planned, with that team of friends, was pretty special. 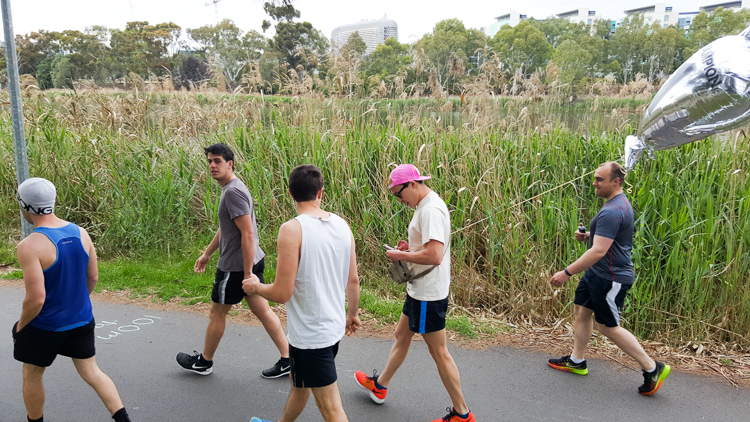 Laughter is good, and the planned and unplanned events of that weekend led to some side-aching laughs the kind you can only share when you're caught up on everyone's backstory. Ideally I'd like one of my friends to get married late-Spring every year.

December 19 - I completed my New Year's Resolution to finish writing a novel. Actually, my resolution was to avoid getting distracted by dogs while I was driving after nearly having an accident on January first. But admitting to being a slightly inattentive driver doesn't gel with my principles as a blunt conversationalist, so novel writing it was, and so I did it too.

It took my almost six months. The feeling upon scribbling out those final words was a strange one. It didn't feel like accomplishment. It was fear. Up until then, whenever I'd heard that gnawing internal voice telling me I was writing a horrible story that no one would ever enjoy reading I could always comfort myself that it wasn't finished yet. When the nagging ratched up I could drown it out by writing more. Now, in a plane halfway between Brisbane and Adelaide, I was trapped and it was finished and those doubt floodgates opened.

My hamstring hurt. Living was hurting. Working on that novel each day was an injection of hope that beat any shot of ineffective cortisone. Finishing it was like signalling to my brain that we were leaving grandmas. The trip to the dog park was over. The lights on the bar had flashed three times before dimming again. Shit.

Of course, reaching the end of writing a novel isn't technically the same as completing one. Even after two weeks of going through it, filling in the gaps, and highlighting plot holes I still wouldn't say it's complete, or völlig komplett. But if I died today someone could theoretically pull it out of a drawer, edit it and self-publish it on Amazon. That's a big deal! Anyway, my resolution for 2016 is to finish editing a novel.

(Obviously that's not my real resolution, which is find more comfortable trousers and rotate my sponges in the kitchen more regularly. I should also print off a draft of my novel, buy a drawer and put it in there, just in case I die from shit hamstring disease.)