Corpse on the Cob

For me, a lunchtime walk usually develops organically from the moment I leave the office. In late October, when it still feels good to stand in the sun, but the UV Ratings website tells me to avoid it, I’ll stick to shadowy ways. Traffic lights, and the timing of pedestrian crossings, can also send me on tangents.

So it was that I locked my computer on North Terrace and found myself at the Gingko Gate of the Adelaide Botanic Gardens. I’ve been there before, but today was the first time I’ve ever seen a sign advertising the blooming of a corpse flower.

Prior to today I didn’t know much about corpse flowers. I did know they only bloom for short, infrequent periods. And I knew they are stinky, which made me think I should take advantage of the opportunity and smell one in case a certain private investigator who can smell through time could get involved with one.

I headed straight for the Bicentennial Conservatory (following shady paths) and entered the greenhouse. Immediately the smell hit me, though it was not as strong as I’d expected. A TV crew was there, and a smart looking botanist was talking to a small crowd about the flowering process. I came closer, keen to bring my nose as close to the flesh of the towering spadix. I sniffed. 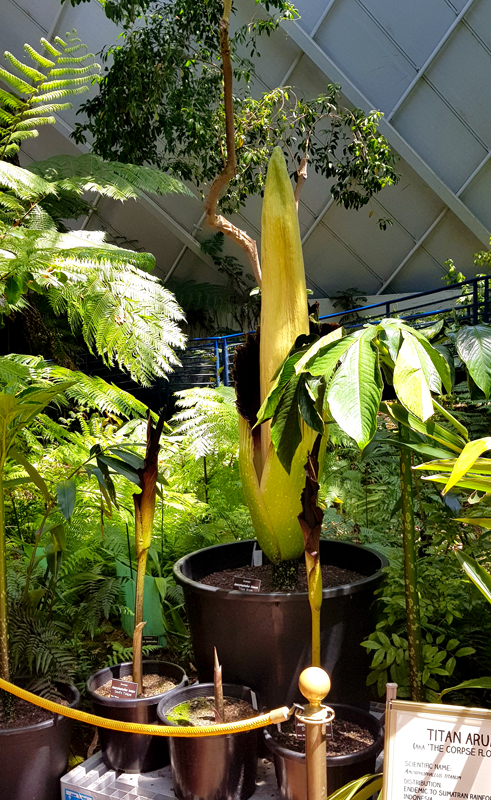 It wasn’t that bad, somewhere between rotting feet and a decent craft beer. And that’s how I simultaneously added and crossed off an item on my bucket list.

Next Entry: Always in the Last Place you Cook

Tomorrow I'll be flying to Melbourne for a few days to visit my brother and his kids. Family is very important to me, but I can't lie, a tiny part of this trip is about me using up some of the credit I have left on my Myki from my visit in April. 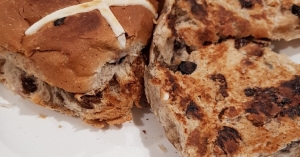