Why Be A Writer When You Could Be A Plumber?

In March last year I started the draft of A Fish Out Of Water, a short story about a cynical, children-hating superhero being forced to babysit her nephew whilst trying to save the world. It ended up being around 8,800 words and came out of my brain over the course of a couple of weeks. Maybe an hour of plotting, twelve hours of handwriting, another twelve hours of typing and editing, a few more hours of proofreading. Over the course of four visits to Writer’s Group in March/April I read the story, incorporated feedback. I submitted it to two Sci Fi magazines in the US in April, May 2018 and received swift rejections. On May 30 I submitted it to its eventual home, Andromeda Spaceways magazine, where it stayed on a slush pile (with several progress updates) until finally in November, it was confirmed they would like to publish it. I was extremely grateful! They even paid me $88 Australian for something I totally just made up (a little bit was inspired by Captain Planet). Three weeks later, it was available for purchase and my name was on the cover.

In March last year I noticed my shower was dripping a lot more and my strategy of changing the washer every few weeks and turning it off really tight was not working. In December I asked for plumber recommendations and in the second week of January a plumber arrived, re-faced my tap seats and “serviced” the hot and cold tap. This took him about fifteen minutes, and he charged me $104 Australian.

I know, there’s more to a plumber’s work than the fifteen minutes he spent in my house. He needs to pay for that drill, his van, his ice-coffees, his insurance for when he accidentally ruptures a valve and floods someone’s basement with sewage. I had a lot of fun writing A Fish Out of Water. Probably way more fun than he does fixing toilets, replacing pipes or using the drain snake robot. Actually the drain snake robots are pretty cool...

You might think there’s a moral to this story, which is to be a plumber and not a writer. Twist - actually, there’s not a twist. If you want to make money you should be a plumber. Surprise Twist - imagine if you made $104 for fifteen minutes of work, you could do an hour or two a day and that would leave you with a lot of spare time for... Writing! I think it’s a winning strategy. $408 an hour for plumbing, and $2.90 an hour for writing prose averages out to $210 an hour if you balance them. Once you get enough writing credits and a three book deal with a big four publisher maybe then you can stop sticking your hands down people’s toilets.
You don’t have to be a plumber, I guess. Any kind of occupation to keep your hands busy should ideally support and provide a way to engage your creative side. And nothing helps procrastination like knowing your creative time is limited to your work breaks. It works for me, at least. Aldous Huxley once said, “Perhaps it's good for one to suffer. Can an artist do anything if he's happy?” Perhaps it’s true, but can an artist do anything if their shower or toilet is broken and they can’t afford to fix it? I'm not sure. 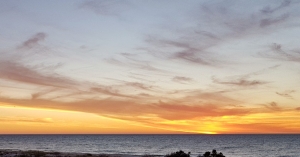 Next Entry: The Hottest Day Since January 2019

For those who stumble upon this entry in the future, or if I add a feature to sort entries by maximum temperature, this is what it was like.

Groupon had a coupon for $20 worth of credit at the arcade available for $10, and I used a discount code to further reduce the cost to $9, and used cashback tracking to ensure I receive a further $1.23 cashback after the sixty day waiting period passes. So that's 61.15% off the sticker price for air hockey, basketball toss, and gator spank.