Been waiting a while between entries, waiting for something that would make a good story.

Friday. Racing to deliver Vanessa to her first shift of her new job. Made it with an hour to spare and drank a smoothie. Then racing again. Hoping to time my arrival at the basketball court by the beach with an empty half court. Worried as always that missing those lights, that slow driver, might be the difference between hoops and sidelines. Made it again, but the wind was blowing hard (away from the basket) and the ring was at eight foot height. No amount of nearby sticks possessed the rigidity and leverage required to crank it to ten feet. Silver lining, did some dunks and pretended I was athletic. Impressed nobody, but it was fun. Would have been better to play on a ten foot ring with no wind though. No moral.

Saturday, CluedUpp detective game. Did 20,000 steps in the city. Overthought it. Solved the mystery eventually after realising there might not actually be layers and themes to the story. It was actually just a process of elimination. A valuable lesson about the narrative fallacy.

Sunday, elected to spend $18 on miticide and $7 on mulch to keep my nectarine and peach trees alive. Alternatively could have gone to the market and bought about ten kilograms of stone-fruit for the same amount. A redemption arc?

Monday. Met an old man who asked me how my weekend was. I explained above. He told me that the narrative fallacy might not apply to me. I could be the chosen one.

Tuesday. Still thinking that over. 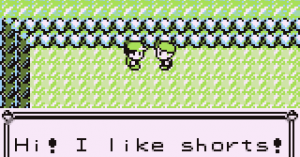 Next Entry: Me in the office today

I am entangled by language. I can't have a single internal thought without my brain rearranging the order, switching the subject or the verb, playing it back.