There seems to be a lot of not good things happening in the world today. Environmentally, economically, politically, and worse. It feels like I can't do anything about it. And as none of it affects me directly I seem capable of just going about my daily business, like a non-playable character in a video game. Moving from point A to point B while ignoring the explosions.

I recognise that simulation theory is a bit of a trope by this point of the twenty-first century. The concept still bothers me at least a few times a week. Not the part about reality running in some super-universe’s supercomputers. A universe needs some context to exist in, after all. The most troubling aspect of simulation theory is that my memories could be of events which never occurred. That my life never happened, and everything I remember was inserted with constraints disabled to give me the programming I need to be an NPC, and that the simulation could have literally kicked off right this second.

I also think about the narrative fallacy a lot. There's a few elements required for a good story, for a video game. The playable character needs autonomy, some starting resources, a call to action, and a user manual. When I think about my life in the context of a simulation that just commenced, I can't help but notice my situation ticks all those boxes. I'm not enslaved, impoverished, or ill-informed. There's a world that needs saving, and perhaps I'm not an NPC. Maybe reality is a challenge I'm supposed to wake up to. The level's objectives are implied, all the information I need to get started is at my fingertips, and I am the main character who needs to heed the call.
I could do something about it.
And by me, reader, I mean you. 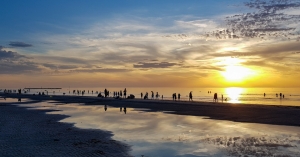 The year was 1997. My final year of primary school. One afternoon the whole class was given an exercise about the future. 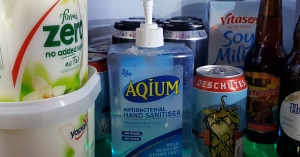 Not to harp on about the weather too much... But due to the heatwave I have officially started storing my hand sanitizer in the fridge.\