What I did on my Summer Holidays

It’s not often I get eight consecutive days without work. That’s like two Easter weekends back to back. At least, that’s how I thought of it during the hot, smoky days between Christmas Eve and New Years Day.

Given this is my journal I thought it might be pertinent to document what I did during these free days before the events were lost to time, office routine and the damaging effects of alcohol on the brain. To be honest, I had to use my photo gallery, step tracker, calorie counter, and Chrome history to compile this summary.

December 24th
After a nice gym session on the last day of work, I caught the train home to make pizza bases. While the dough rose Vanessa and I went food shopping, then cooked the lamb and chicken and made yiros pizzas. 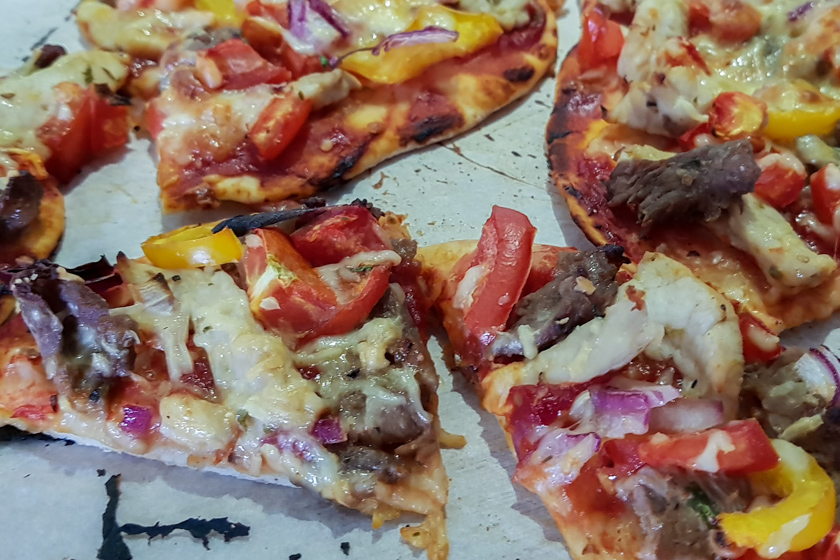 Then, as the late sun set, we took Nash to the dog park where she tried to start shit with a pitbull.

December 25th
Started Christmas with a walk on the sand at Grange, followed by a cherry smoothie for breakfast. Went to Alex’s for lunch where Nash and Wilhelm played with an energy that belied the heat and lack of shade. After the BBQ was done we retreated inside to eat and play Code Names.
Then it was back to the beach for more sand walking and a swim at sunset.

December 26th
Fried some potato and bacon for brunch. Played basketball in the afternoon when the UV levels went down. 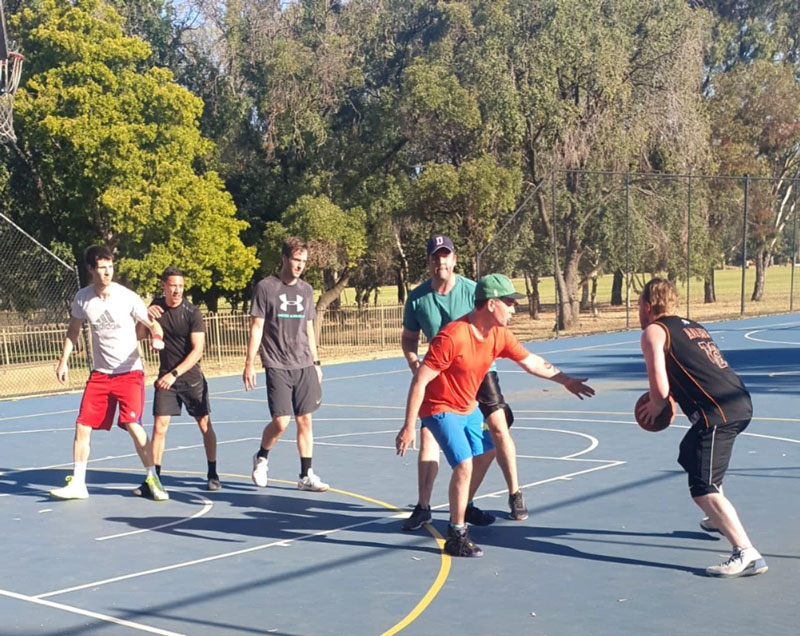 Then Vanessa and I took a stroll along the river. 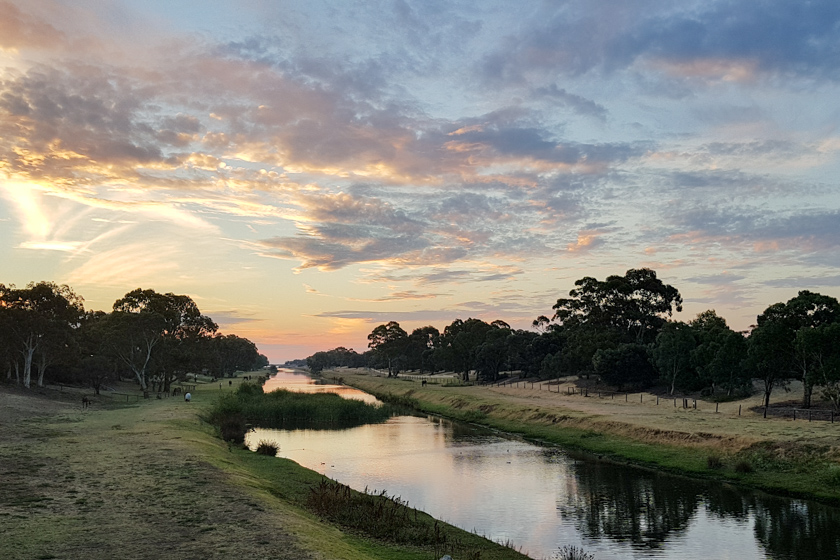 December 27th
Got to the gym again, watched some cricket and then went to J’s where we played Coup, Seven Wonders and ate pizza.

December 28th
Ate waffle bowls for breakfast after a walk along the beach from Grange to Henley. Played the first and last game of Age of Empires 2 vs Sam (I won), then went to Alex’s to dogsit Willy. It was hot. I threw a lot of tennis balls. 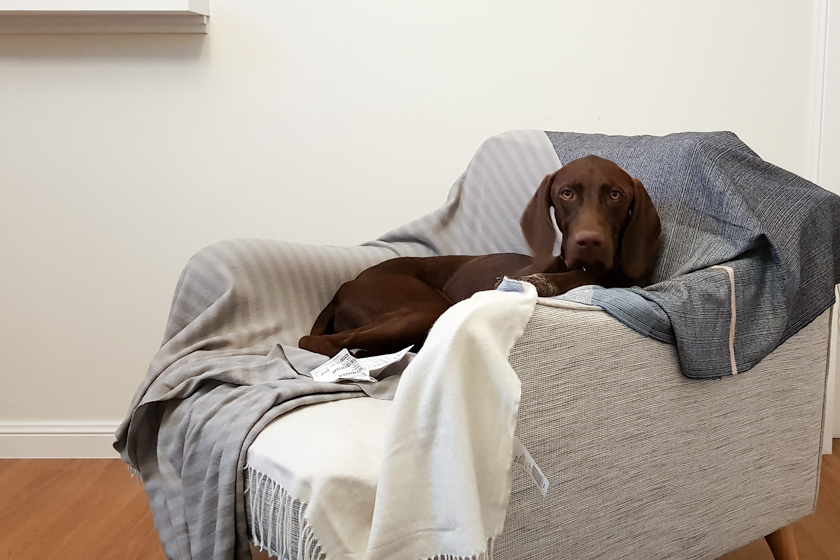 December 29th
I finished listening to Empire on Audible. That was a good book. I returned home briefly to make Hawaiian pizza for lunch with Vanessa. Went to the gym, then returned to Willy to throw more tennis balls and watch the Strikers.

December 30th
I can’t even remember. I should have prepared this entry progressively.

December 31st
Figured I should attempt my chores list, tried to do some plumbing then gave up immediately.
Went to Norwood for lunch and consumed a large beef schnitzel.
Went to the gym and tried to convert beef schnitzel energy into weight lifting progress.
Went to a New Year’s Eve games night and ate a lot more. Played Avalon and Kingdom Builders. I enjoyed both. Got home before midnight.

January 1st
Started the day with a hike and breakfast. Made pork in the slow cooker. Deployed the latest Bradism.com release, drank a beer, watched the sun set. 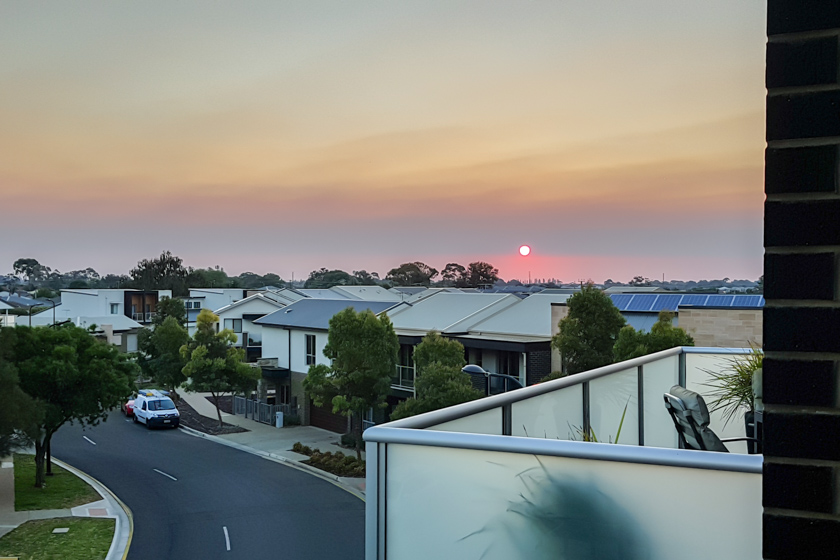 I would call it a win because, in hindsight, I ate a lot of food. Went to the gym. Saw family and friends. Played board games. Watched cricket. Drank nice beer. Went in the ocean twice. And I didn't go to work.

Next Entry: Routed and Unfiltered

I feel like I’m getting better at dealing with the plumbing in my house. Over the Christmas break I had a few jobs I wanted to complete, one was changing over the filter cartridges in my filter tap system. 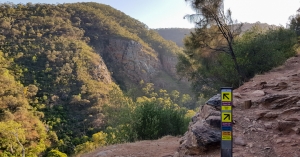