I feel like I’m getting better at dealing with the plumbing in my house. Over the Christmas break I had a few jobs I wanted to complete, one was changing over the filter cartridges in my filter tap system. Of course, I delayed doing this until almost the final day of the break.

I opened the cupboard beneath the sink, slid the plastic tool that came with the filter tap system up over the first filter and twisted it. Nothing happened. I tried the other, but it was stuck too.

I Googled the brand and found an instructional video where a skinny blonde lady loosened the cylinder with barely a twitch of her bicep, so I tried again in the same fashion, however, the filters were not budging. A bit of a thump, nor a blast from the hair-dryer, loosened the seal.

In the past I would have then proceeded to search online for hours for ways to resolve the issue, tried different hardware and approaches, driven to Bunnings and spent money on other tools and aids, and generally cracked the shits. I didn’t need to do any of this to fix it. I just left the tap switched off, closed the cupboard and walked away.

I am not a handy man when it comes to the physical. Digital, on the other hand, I’m far more comfortable with. One of my other jobs for the Christmas Break was a couple of bug fixes on bradism.com. Well, one was an enhancement. On an old version of my website I used the path /getimage.php to render images, and while reading through old entries in preparation for the Top 10 Bradism Posts of the Decade I found a number of direct links to images which no longer worked on the new site. I decided to fix this by adding a Router configuration to map to the /images/show/:id path which I wrote to replace this feature. This should have been a simple task, requiring a regular expression to match incoming requests and rewrite it to the new path. So I could test, I ran a search in the database to find entries that had one of these old links in them and found only 18 entries had one.

At this point I had to make a decision, did I want to write code to fix this problem or just update the 18 existing entries. The regular expression would have been the same. I elected to fix in the code, based on it being a simple change, and also the highly-unlikely chances that there were other sites with links to my images out there on the internet that had been broken since 2017 but would still appreciate things working again. Maybe I just wanted to write code.

What I estimated to be a short task turned out to be painfully long. My Router supported rewriting of variables but not when they were passed through as query string arguments and it took me several hours to work this out. Updating the links in the database would have taken about ten minutes. Yet, I persisted, I learnt new things, and unlike my filter tap system, I succeeded.

What did I learn from this? Other than I prioritised bradism.com over filtered drinking water? 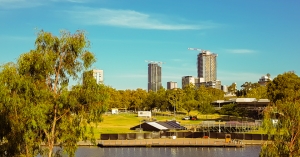 I don't want to write this entry, but I suppose I need to... There were times during my eight day Christmas break I found myself anxious to be back at work. 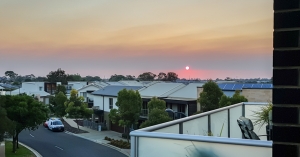 Previous Entry: What I did on my Summer Holidays

I thought it might be pertinent to document what I did during these free days before the events were lost to time, office routine and the damaging effects of alcohol on the brain.