A few weeks after we returned from the Pacific Northwest last year, fences went up without warning around a large parcel of land near my house that happened to include the path I walked on to get to the train station. That's mainly relevant to reveal the scale of months that the development of this suburban infill has taken. I've watched its progress over the course of many dog walks around the block, and walks home from the train station.

I don't consider myself a handyman, and I most definitely don't consider myself an engineer, but I read the sensational-adelaide forums on my lunch breaks sometimes and I was feeling relatively confident that the urban planners would use this opportunity to underground some powerlines. In particular, a Stobie pole that was planted smack in the middle of my past and ideally future walking path. A few months into the development I was vindicated by the removal of several other Stobie poles, and the introduction of electrical infrastructure. But the one Stobie pole whose removal was clearly a dependency for the surfacing works required to complete the footpath remained stubbornly in place. It got to the point where every day after work as soon as I'd alighted from the train I'd be staring in its direction to see if it had disappeared. It never did. Sometimes due to the perspective I thought it had, but after getting closer I would always find it there waiting for me, immovable.

The last couple of weeks have been pretty hectic. School Holidays are over, and work is busy with strategic projects and urgent issues to distract from them. I'm trying to buy a new house. I think I've sold a story that's been in a queue since April, learn Age of Empires II build orders, fix my sore throat, my hamstring tendon, and get my taps to finally stop dripping. Some days I make progress, other days I feel like progress makes me. Today was one of those days.

When I got off the train this evening the Stobie pole gone, and I think I felt a slight sense of accomplishment. 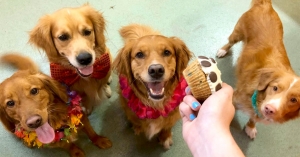 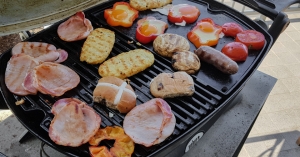 Previous Entry: Countdown to the Past

There was a public holiday today. Double J spent most of the day playing back the Hottest 100 of 1999.