I've long been on a quest to find the perfect eating routine to prepare my body for basketball. I've ruled out everything from cocoa Weet Bix Crunch and milk, custard, and a bag of red frogs. Today I might have found the correct carboload. Despite the game being decided by a single missed three pointer (I shamed your jersey, Dirk) I finished it as full of energy as I began. My shots were falling, and I didn't feel bloated or tired.

The strong flat white I had a 2:30 may also have helped. Perhaps the entire tin of corn I tipped into my gigantic lunchtime salad which I consumed 6 hours and thirty minutes, until 5 hours and thirty minutes before the game. It's hard to know where to draw the line. I ate even more corn last night, and spilt some of that meal on the very basketball shorts I would (wash and) wear before tonight's game. I watched an episode of The Stranger on Netflix during that meal, 22 hours before someone's six inch shorter, teenage son beat me in a jumpball. (But mainly because I jumped too early.) I took Nash for a brief stroll around the oval before that. Exactly 24 hours before the game started I noticed that council workers had whipper-snippered the passionfruit vine across the road that I'd been pilfering the occasional smoothie enhancer from this summer. Maybe that was the secret?

I think it was because the apricots were sun dried. 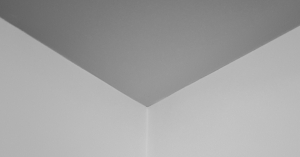 Next Entry: Cornices, and how to Negotiate Effectively

About six years ago a clean-shaven, slightly tired-looking real estate agent was showing me the third storey of what would eventually become my home. “Look,” he said. “There are no cornices.” “Wow,” I said, while thinking, “What the fuck is a cornice?” 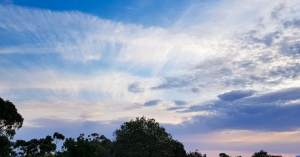 The 2019 Spring playlist started earlier than usual, with late winter sunshine and happy tunes from Fitz and the Tantrums, and NVDES inspiring a Spotify collection at the earliest August date on record. What then followed was a drought of new additions, only DILLY DALLY and Labrador coming out with songs that reminded me of spring storms and blooming flowers few and far between, the majority of new releases drier than average.