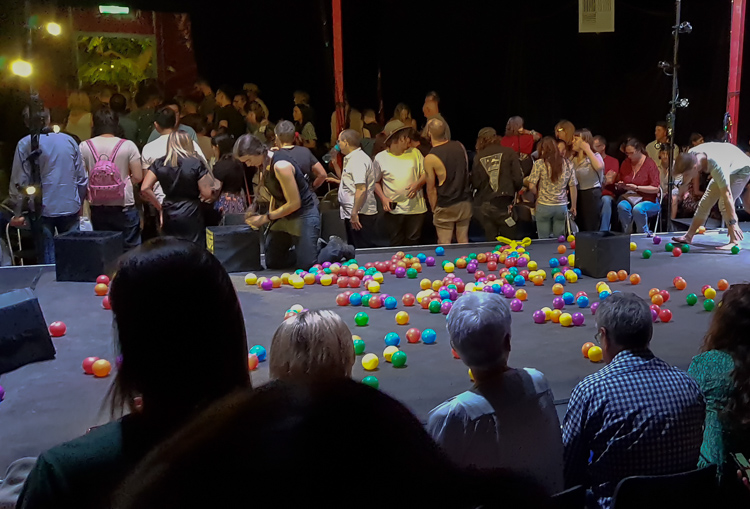 The aftermath of A Simple Space


When I was reading through the 2010's for my Posts of the Decade I was dismayed to realise I used the same joke about physical theatre and the seats at Fringe shows in both 2015 and 2018.

I was instantly reminded of this mistake earlier this evening when - after a tasty dinner-snack of some Sri Lankan Kottu Roti - I aligned parts of my middle back and leg tendons with pieces of the plastic chair in the Octagon Tent. Vanessa and I were there to enjoy A Simple Space and after the first 60 seconds I quickly deleted any thoughts of back pain as we witnessed some extraordinary feats of acrobatics and significant abuse of spines. It was only a few days ago that I had pleased myself by back-squatting 60kg from a seated position, and that was with an evenly weighted barbell close to my centre of gravity. I was particularly awed by one man's ability to back squat another young man who was standing on his shoulders, while a woman hung folded off that man's head using her glutes as his hat. He displayed no evidence of pelvic tilt during this maneuver.

Then there was a part where a man jumped from back to back of two of his prone performers. After each jump the one without a fully grown human being standing on their spine would do a perfect form push up, slide themselves a foot further along the hard, wooden stage, and then lie prone again so they could be landed on by an even longer jump. My vertebrae throbbed sympathetically with each audible thud. One of the guys who had his back jumped on ten times then went on to solve a rubik's cube while balancing upside down on his head.

I would recommend this show.

Next Entry: Looking Back

I hired a three tonne truck today to move my furniture. All you need to hire a truck, apparently, is a driver's licence and enough cash to cover the deposit. 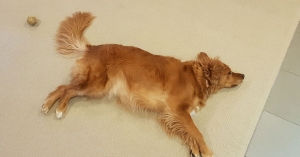 Previous Entry: The Top 5 Best Carpets of My Life So Far

About six years ago a clean-shaven, slightly tired-looking young girl was showing me the hairier parts of what would eventually become my dog.