Refusal Of The Call

We took Nash to the vet today, which was close to our old house. Due to COVID19 restrictions only one of us was allowed to accompany her, so I spent the appointment time walking around the old streets of Woodville West under equinox-appropriate 18% grey skies.

Along with observing the differences in front gardens between my old suburb and my new one, the walk around the blocks brought back many memories of me trying to be a successful writer. Because, I often walked the same footpaths while listening to podcasts about writing and getting published, and it occurred to me that Woodville West was the physical location where I had a dream of being a writer, and where I had left that dream.

The progress I made from Dale stories and unfinished novel outlines, to three completed manuscripts, multiple short story publications and three figure cheques all happened in Woodville West, and since moving I've barely put pen to paper. There's many reasons which have contributed to my demotivation - my non-writing career, rejection fatigue, Twitter, other things I'd rather not mention - and I realised on my stroll how much I have missed, well, not "writing" so much as having a fun, weird, entertaining story to tell. And how trying too hard to be a successful writer had taken the fun out of my characters and my stories.

So this entry is to stand as either a sign of re-invigoration, or an echo of a vision. I did write an additional 233 words in my story about a robot who solves crimes. I tried to make it weirder and more fun.

I went for a walk along the beach last Sunday with Vanessa and the dog and it's incredible how many bad things have happened since then. That said, I did decide to watch a Netflix documentary about coaching, featuring Doc Rivers, as it appeared on my TV on the same day Doc was fired from the Clippers. 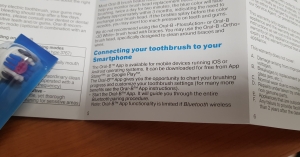