I remember, vaguely, the first short story I ever wrote. I was eight years old, and it was the last day of school for the year. The class exercise was to write a tale to read out before we all went home for Christmas. My tale was about a magic tree that shrank a main character (named Brad) who then had to escape from an ants' nest. It was a thrilling couple of pages. Probably a little tropey. And it included a picture I drew.

As home time approached that afternoon the teacher called us one at a time to read our work. Each time my classmates finished I shot my hand up, craving to be the next to share my piece. Over and over this repeated until, finally, the bell rang and story time was over. My little tale was never shared with anyone.

This was the first in a long succession of literary rejections.

I was a voracious reader as a child thanks to my library card and my parent's enforced restriction of screen time. I continued to write for my own amusement throughout my adolescence and eventually when I started journaling my life at seventeen the occasional entry transcended reality completely and became a work of fiction. Inspired mainly by American sitcoms, my stories featured double entendres about bread or beards and publishing them online brought me joy, and the taste of popularity on INTERNET FORUMS. 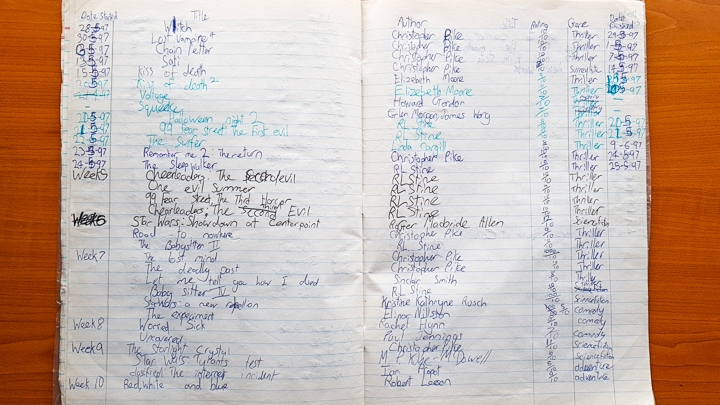 
During my IT degree I chose creative writing topics to fill my electives, and after graduation and a few months of office life drudgery I knew that sooner or later I would need to pivot. My strategy at 23 was to make up fictional stories about office life drudgery. In 2007 I decided to submit one for publication.

I received my first professional rejection from Wet Ink for a short story about a paper towel shortage in an office which was supposed to be a metaphor for the French revolution. Honestly, I was a little shocked. I'd kind of had a feeling that I would fall into success as a writer. I'd been encouraged specifically to submit by the editor of the magazine while in the crowd at the Salisbury Writer's Festival, and it was at this same festival I'd scored my side job writing music reviews for Rip It Up just by bothering the editor of that mag while he'd been on his smoke break.

As I continued reading the likes of Patchett, Coupland, Palahniuk and Gladwell the inspirations they gave me took my work in all sorts of directions and by my mid-twenties I'd written a whole portfolio of short stories and novellas. I persisted honing my craft, spending lunch breaks writing stories in the sunshine, joining discussion boards and writing communities online, plotting and editing piece after piece many which are extremely polished and were never published. I put a lot of effort and hours into this writing dream. I even paid money for state writer's memberships, online workshops and beta-swaps. I entered some short story competitions which I did not win.

I spent most of my writing energy between 2012 and 2016 working on novellas and novels. After not falling into success with novel submissions in much the same fashion as my short story career, It was suggested to me that I work on getting short works published in the multitude of magazines, anthologies and blogs that published authors. "Building a resume" was the advice. I took it to heart and from the start of 2017 I dedicated myself to this challenge. I found the lay of the land on ralan.com and after reading some of the listed publications I knew my goal was to be published in a qualified Science Fiction and Fantasy Writers of America (SFWA) magazine. These were the publication’s on ralan’s “Pro” listings, and the more I read and wrote, the more I wanted to put my name in those pages.

On October 15, 2020, nearly four years later, my story A Purpose for Stars was published in Analog Science Fiction and Fact magazine. This is something thousands of other people have done. It's also the proudest achievement of my writing career. While I feel like I have written better stories by my own standards, imagining, writing and publishing something that found a home in such a historic publication that has featured such prestigious authors is an achievement I will hopefully replicate, but I’ll never forget my first. 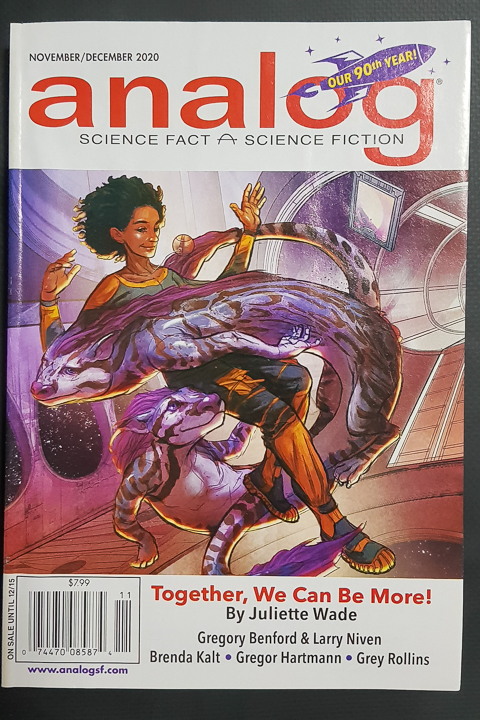 Roll over to see what's inside.


I’m writing this out because I thought it would be worth documenting the time it took from the day I first had the dream, to the day I held the print copy of my story in my hands. This is both for the benefit of my own reflection, and as a single example of the journey for any other aspiring authors to provide perspective.

While this summary details my first successful submission to the token, semi-pro and pro markets it should be understood that between January 2017 and June 2019 I was writing and editing stories for about twenty hours every single week. I have lost track of the number of rejections I received. Searching my email inbox for the phrase “unfortunately” is bittersweet.

Your journey my vary. The most important thing to remember: keep writing.

(This advice is also for aspiring writers plus me).

Congratulations on getting published in Analog. I just read your story there and thought it was very good. Very moving in a short number of words.
As a reader, I hope you keep writing and getting published. (Also the SF genre needs more detective stories!)
Thanks.

Dear Brad,
I'm 78 years old and have been reading SF since childhood, but this is the first time I've ever been moved to write to an author. I just finished reading A Purpose for Stars in Analog, and I was blown away. I seldom enjoy reading short stories, instead preferring novels, but I can't stress how much I enjoyed this story. If indeed you think some of your work is better, I must check it out and see if I agree.
I hope that you and yours have a happy and healthy New Year. Keep up the good work, 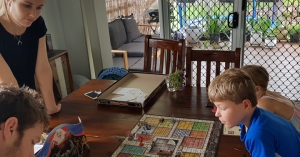 After the hectic times leading up to my final office day it was unclear how easily I would be able to switch into vacation mode for the next three weeks before my next major life side-quest begins. On the same afternoon that the sight of the office carpet disappeared behind closing elevator doors I boarded a flight to Queensland to visit my mum, brother and my niece and nephew. 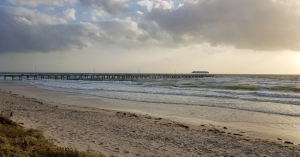 The wind has been blustery all weekend. It tore the bird netting over my strawberries, brought leaves into my living room, and the big branch from my neighbour's tree that started the weekend next to his house has now been relocated mysteriously into the shadows of a building a street over after his party Saturday night.