In 2020 I managed to read 24 novels, 3 Novellas, 4 Anthologies and 2 Non-Fiction books. I'm happy with that effort in the age of ubiquitous, distracting, pocket-sized glass rectangles.

I thought I should put more effort into capturing my impressions and learnings from what I dedicate hours to reading, particularly non-fiction. Here is my summary of Dynasty: The Rise and Fall of the House of Caesar by Tom Holland (read by Mark Meadows).

I picked up this audiobook hoping for a comprehensive, enlightening overview with regards to Ancient Rome. In hindsight this was an extremely optimistic expectation for a single book. Dynasty is not a history book as much as it is a history ride focusing specifically on Augustus Caesar and his descendants. Holland follows narrative themes rather than chronological ones, translates dialogue into sensational, modern English and rarely makes comments about his sources. Initially, as narrator Mark Meadows smoothly narrated the first few chapters I struggled to absorb the richness of detail and understand the important characters from the less important. This was made doubly difficult because ancient Romans had a habit of giving each other new names based on other's old names.

Eventually I settled into the cadence of the "story" and began to trust Holland to highlight and foreshadow the critical pieces of information, while letting tangents and bit-playing senators not make it into my long term memory. Holland's roots as a fiction writer give him good tools for telling this tale right. If I'd had a better background in ancient history this might have been a more engaging experience, but given the source material - the drama, politics, assassinations and conspiracies - I was happy to be washed over by the wave of information from Julius to Nero, and if I do decide to pursue any further my interest in Roman history this will prove to be a good anchoring point.

What did I learn?

Other than a lot of historical events, the thing that stood out most to me about life during the golden years of the Roman empire was how eerily similar life was then and now. Of course, we are all human beings, but I hadn't expected the level of sophistication and what I'd thought were 2020 issues to have been so prevalent in ancient Rome.

There were small things, like cults of personality, fake news, postponed Olympics, apartments with ground level retail, and plenty of graffitied memes. But there was also the push for trans rights, controversial property developments and literally "Making Rome Great Again."

My favourite modern day reference though, was when, under the weight of yet another political scandal Caesar dismissed the senate's concerns by saying that this would all be forgotten when the next inevitable scandal came up.

With their wealth of religions and superstitions, the ancient Romans took symbolism very seriously. When, shortly after Nero had his own mother killed (one of many horrific deeds he spun as pious) a comet appeared. A sign known with much certainty to foretell the death and disaster, Nero's Imperial Advisor Seneca somehow managed to spin it as a sign of positivity, and that on top of his other achievements the Emperor had redeemed comets from their cosmic stigma.

Next Entry: The Aftermath

I went to sleep in 2021 inhabiting a vastly different reality to the new year I fell asleep into 366 days earlier. Mostly self inflicted. 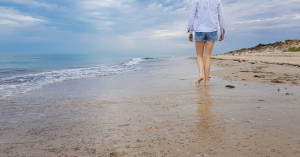 I had a lot of feelings during 2020. Here are some of the more memorable ones.