The timing of our oven's catastrophic failure couldn't have been worse. Since the air fryer arrived last December it has had one job, and that job is to produce a giant cookie for me to eat on Anzac Day. (It also makes pizza but it does that because it likes to).

Traditions are an interesting aspect of human behaviour. The tradition of solemnising the ANZACs of 1915 has evolved a lot since it was first observed in 1942, and commemorated respectfully at war memorials around Australia and New Zealand. By the 60's public opinion was that it wasn't worth the interruption to shopping and sport. During the Vietnam War it was a used by objectors who were protesting the military. Big AFL games may have played a part in it's resurgence in popularity, and by the time everyone was carrying a smartphone to share what they hadn't forgotten on the internet, Anzac Day reached the place it occupies today.

That might sound cynical - which it is - and I'm not saying that Anzac Day can't be observed respectfully if you want to. But the point remains that traditions sometimes change and that's not necessarily a good thing or a bad thing, it's just a human thing. I mean, I've had a lot of takes myself on Anzac Day since 2008. I'm not judging.

Even Woolworths have changed their tune. Six years ago the ANZACs were "Fresh In Our Memories", this April they're advertising oats, flour, butter and golden syrup as "Oat Biscuits".

Besides, if I imagine a reality where I was born in 1898 and found myself in the shoes of a digger dying in the sand on the shores of the Dardanelles I don't think I would care about what people or supermarkets would be doing exactly 106 years later. I'd probably just wish I hadn't joined the army and that I was at home playing board games and eating a giant cookie with the person I loved.

So if Anzac Day is important to you, make it a ceremony. Reflect. Drink a beer at 7 in the morning. Play Two-Up and post that on the internet. Tell a service member you're grateful. Go for a hike. It's your life. Be true to yourself. 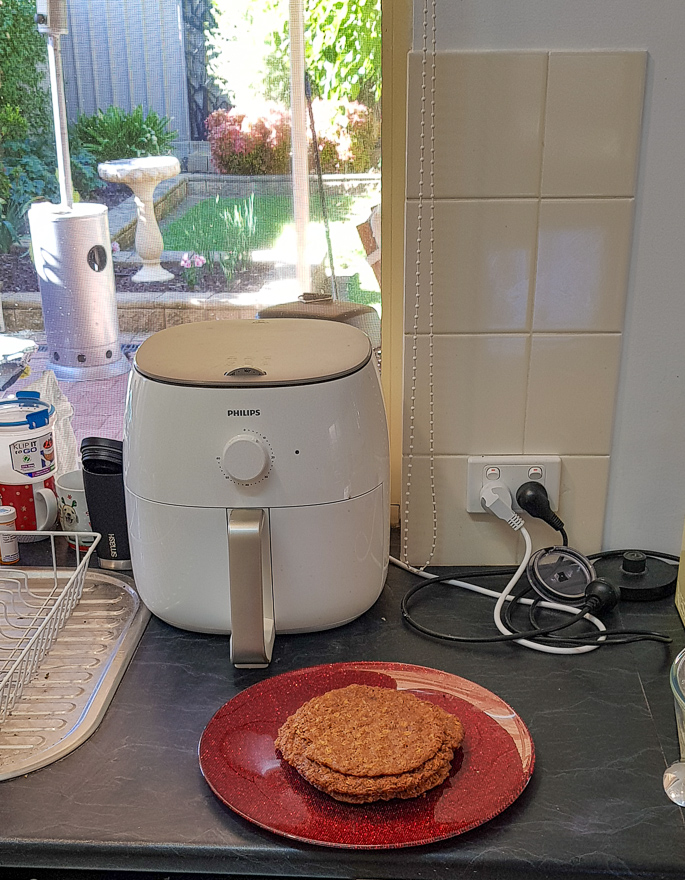 This Anzac Day was the first in twelve years that Vanessa didn't make me a cookie. We tried to get a new oven installed by the 25th, but universe conspired against us. So today we made cookies in the air fryer. This came with its own forms of adversity. Vanessa's heart nearly broke when the first one came out close to like a caramelized pancake. She didn't give up. A giant cookie on Anzac Day means to love to her, and to me. That's what's important. We tweaked the temperature (160°) and reduced the cooking time (about ten minutes), added a few more oats and bi-carb. Four batches later we'd got it right and we'd done it together. It wasn't a giant cookie, but it was four million calories in my stomach again. Vanessa was happy. I was content. Tradition is important, but it's no match for the present. 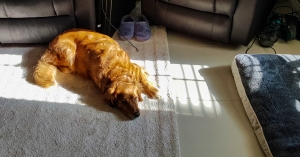 Next Entry: Sunbody That I Used To Know

There's a point sometime in April... Usually around 8am one chilly morning...

Previous Entry: The Shoulder of the Season

I'm still doing my best to enjoy Autumn, but I'm also wary that content can become derivative and unappealing as a frosty Zooper Dooper in May. Life has been quite busy when I haven't been admiring sunlight through coloured leaves, or enjoying woollen socks.