I like to think that having a journal to record life in makes me do things that I otherwise wouldn't have done, like quitting my job, overseas holidays, eating every flavour of Uncle Toby's Plus in a single bowl, and planting coriander in a giant wok.

In 2011, on the ten year anniversary of starting to recording my life online, I reflected on the meaning of journaling and I shared some quotes from the previous decade that provided insights to my growth as a person and how journaling had influenced my development. The following ten years have been even more significant. I became a husband, writer, dog owner, home owner, and an IT professional. I didn't really journal about any of those things. When I bought a house, got Nash, and changed jobs in the same month I posted a single entry in three months.

For my 20 year anniversary I'm going to point out some of the great puns from the past 10 years that you probably missed.

Round
Iron
Finances
Upstairs Bathroom
Four
Too many to count... 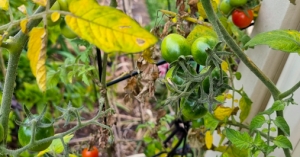 Next Entry: Pinched Off

It was only after the tomato plants grew over my head that I realised I had an indeterminate variety. I'd been feeding them Seasol and keeping them trussed and partly shaded and hydrated and protected by a layer of pea straw. 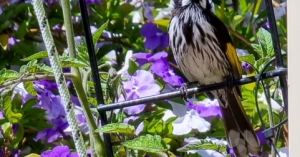 A moist spring, and a few buckets of Seasol, have provided a bumper mulberry crop this month. The grass, and the bottom of my shoes, is nearly pure purple.