The Best Season of the Year

Many years ago I was in a coffee shop when I overheard someone say that they were happy it was the start of March because autumn was their favourite season.

I was almost offended! Autumn signified one thing to me: the death of summer. 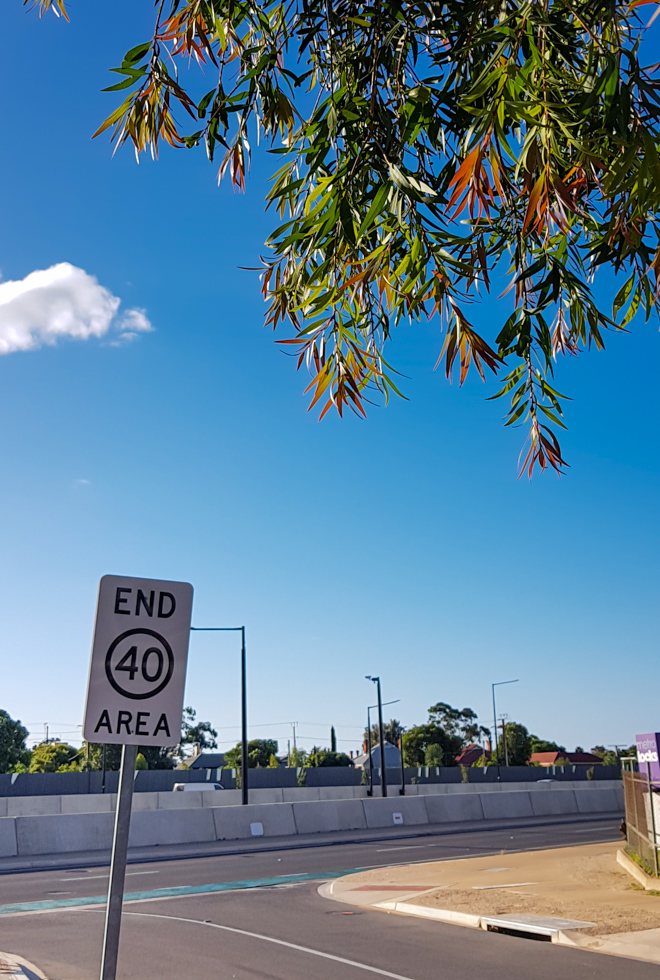 Summer was my favourite season. Days at the beach. Beers every night. You could go from Christmas Eve to Valentine's Day without even knowing where your jeans were. The fact anyone could be capable of not being in mourning, let alone celebrating this juncture in time seemed crazy to me.

I'll also point out that even more years further back in time than this, I used to hate summer. I even wrote a pre-online journal entry about it. I hated the heat and the bugs and the television stations switching to their low ratings period schedules. So, I'm not judging anyone for not liking summer. Or winter. Or autumn. In fact...

Autumn is the best season of the year. It's 2021. I'm 36 years old. I've realised the truth. Autumn is summer without the heatwaves and crowds. Autumn is winter without the constant freezing and darkness. Autumn in Adelaide starts with Mad March, offers plenty of social activities around town and then its onto BBQs and football and NBA playoffs. The UV is low enough to actually enjoy the outdoors during the day, and the evenings are cool enough you can slip into some fluffy ugg boots while still wearing shorts.

Plus the leaves are pretty and you don't need to worry about your grass dying or if it's too hot for the dog's feet on the pavement.

I'm planning to enjoy every single day of Autumn, the greatest season Adelaide has to offer. And I'm planning to share a lot of that in this journal.

PS - If you'd like to re-live my last Autumn you can check out the video.

The Bradism Guide to Haircuts

A long time ago I went around three months between haircuts. I guess you could have called them "seasonal".

My theory behind this scheduling was that I didn't like haircuts, mostly due to the awkward conversations with hairdressers that came with them. My strategy was to have my hair cut short (which looked bad) and let it grow to the point I couldn't put off getting another haircut (which also looked bad).

It seems rational that somewhere near the midpoint there would be a period where my haircut looked reasonable. Unfortunately this wasn't true due to a combination of factors. I have thick hair, a strong cowlick, a prominent crown and the propensity for my hairstyle to turn into a mullet overnight. Unfortunately this was back in the time that mullets were not ironically fashionable.

Now with decades of experience I think I'm getting my head around how to order a haircut. For posterity, I will record it here in my narcissistic journal. Presume that the starting point is hair everywhere.

The back and sides should be shaved with a blend of 6mm and 10mm clippers. Any stray hairs growing below the natural hairline and around the neck should be clean shaven.

The hair on top should be cut to around two inches of length with scissors, before being thinned vigorously.

Around the crown and the sides of the head the clippers should be used to shape the longer hair around the edges, removing any prominent sideways growth which doesn't possess enough weight to fall closer to the scalp.

That's it. That's my haircut. It sounds really simple, but it took me a lot of living to realise that a haircut wasn't about going for an extreme, or a uniform length. It was about taking the best of one thing (long on top) with the seemingly opposing trait of another thing (short hair).

And that's a lot like Autumn. The best of one season (warm days) with the best of another season (temperate weather).

Yes, I did get a haircut today. That was after a sunny afternoon walk where I wasn't sweaty when I reached the barber's chair, and before a fresh evening breeze that didn't make me cold because of a naked neck. 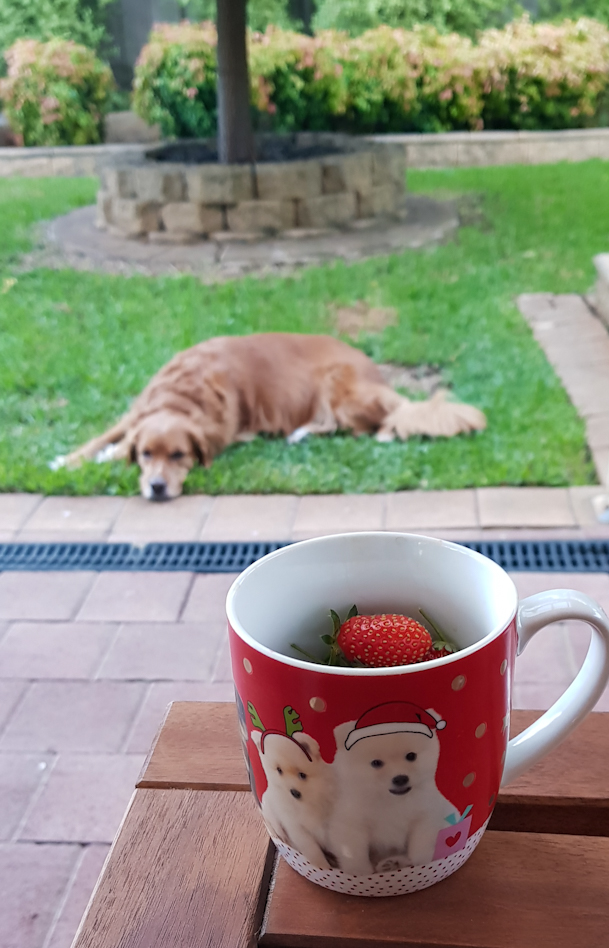 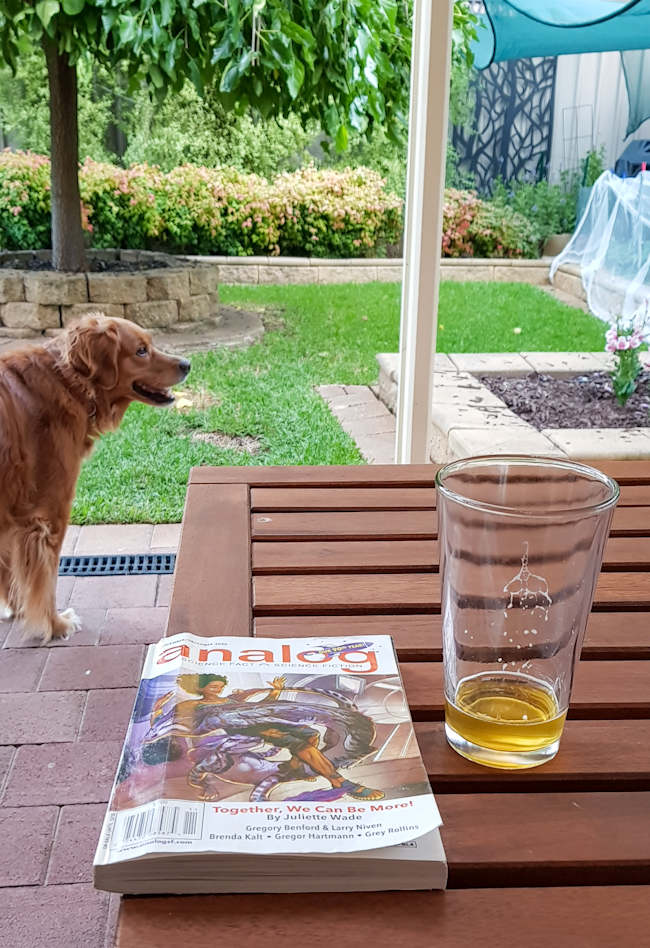 A Week of Autumn Pleasures

5th
After work beers under the afternoon sun in the festival gardens.

7th
Morning strolls to the bakery with no need for a jumper.

8th
Stand up comedy with a belly full of fresh hummus.

9th
The first of four short weeks in Autumn.

10th
Being rained on but not being cold.

We visited Gluttony tonight. I saw feats of acrobatics, core strength and agility from five human beings and one possum.

It was bin night tonight. As I fumbled in the dark with the combination lock on the gate a voice in my head reminded me I'd turned the top digit one notch upward when I locked up after gardening on Sunday. Usually, over the past 50 weeks, I've turned it one notch down.

It was striking, the fact that my brain remembered this insignificant detail so astutely after a long day of so much other brain shit. Maybe it was the beats of Multilateral Nuclear Disarmament in my headphones. Maybe it was the Pirate Life Hazy Mosaic and Balter XPA cans I'd just drunk over my autumn bbq. I swam for a second in a sense of pride that my mind was sharp and, perhaps, superior to other minds.

Then it took me multiple attempts to get the gate latch up. In the process I dropped the wheelie bin with a thump. Lesson learnt, I picked the bin back up and humbly dragged it to the curb.

At that point I did notice none of my neighbours had remembered it was bin night.

22nd homemade pumpkin spice bagels
23rd watching birds dart through yellow leaves in afternoon sunlight
24th BBQs again. so much easier to clean and put away when the hotplate cools down so fast
Add Comment

There's No I in Funeral

I went to someone's funeral today and as usual I mainly reflected upon my own life:

I don't think it would be too much effort to add chapter and verse numbers to my journal entries in PHP. This would allow any bible reading to be easily replaced with a Bradism reading, as well as potentially enabling the easier sharing of my wisdom post my life.

I don't want my eulogy to sound like someone is reading my résumé and throwing in thoughtful pauses and looks at the audience. If any of the following get mentioned during the celebration of my life I will be disappointed:


He was an IT professional
He wrote music reviews for the Adelaide Street press from 2008-2010.
He achieved his TOGAF certification in 2019
He loved working with computers and digging through application logs for hours to identify the right Java Exception stack trace to report back to the developer who'd written the deployment steps.

I would be fine with "you had to watch out him outside, because he was good in the key, but would also hit threes." (Bradism 1063, verse 2).
I would be more than fine with everyone who attends having to go through my journal and find their favourite Bradism to share.
Failing that, just pick something vaguely truthful that I did and embellish it until it becomes entertaining.

The funeral itself needs to be done as cheaply as possible.
I don't mean simply saying no to all the upselling options given by the funeral home director.
I want whoever plans my funeral to treat it like a game of golf and aim for the lowest amount next to the dollar sign possible.
Get on OzBargain and Cash Rewards and stack discount codes with cashback to turn my body into ash and give people a platform from which to read Bradism from where everyone else can hear them.
There's a few friends and family I would probably pick out as whatever the groomsmen equivalent of deaths are, to directly assign them this tight-arsing responsibility. But as much as I love them I am hoping to outlive them all.
I mean, truth be told I am hoping to outlive everybody on the planet, including those that haven't been born yet. But I suspect it will fall to Alex's kids.

It's worth noting that I don't want the catering included as part of the cost cutting. Please let there be an open bar and a wide variety of good things to eat. There's no joke here.

The soundtrack is a tricky one.
At the moment there are two songs competing for speaker space as people catch a last glimpse of my cardboard coffin before it's fed into some guys pizza oven someone found through future Facebook marketplace.

The most likely choice is Talking Heads' (Nothing But) Flowers because I just love how it flips the idea of eternal, natural paradise into an inconvenience. That will make people think I'm deep and intelligent. There's also a good instrumental jam near the start which will give people time to reflect on some of the Bradisms they have just heard.

The runner up song is the Rennie Pilgrem remix of Zero's Emit/Collect, a 2003 breakbeat banger that no one will recognise unless Josh, Craig and Cowan are still alive. If they are - and they don't suffer from dementia - they will be the only ones moved in the room.

No one ever reads the Music entries on this site, so I doubt the DJ selection will be of much importance.

I want to be cremated.

I doubt they make standard sized coffins big enough for people my height. If I don't fit in the first class beds on the Caledonian Sleeper from Edinburgh to Euston Station I'm definitely not going to fit in a grave plot.

My ashes, which will inevitably have at least one Nash hair in them, can be discarded wherever convenient.

I don't have a problem with composting the soil beneath a passionfruit vine, although the council might.

It felt a little challenging to find joy in autumn on a Monday. Most of the day's sunlight saw me mapping web services' outputs to a canonical data model, only to be briefly distracted by missing groups in a new Linux installation. I did get to eat my large salad for lunch next to the water feature - but you can do that any season.

After homemade pizzas on yiros bread for dinner there was still a ghost of sunshine left and I walked around Croydon as the skies played through all the pastels and a super moon rose to guide me home. No one was in their front gardens pruning their frangipani, again... But it was a nice stroll. I did have a spring playlist playing, but I reversed the tracklist.