A Moment of Piece

What kind of person likes doing jigsaw puzzles, I asked myself, as I attempted to find a place for one of the thousand freaking fragments of Starry Night. My progress on recreating the painting on my kitchen table was slow, and I wasn't gaining any new appreciation of Van Gogh's brush style. (Starry Night is actually the best painting I've ever seen "live", but that didn't help my mood either). 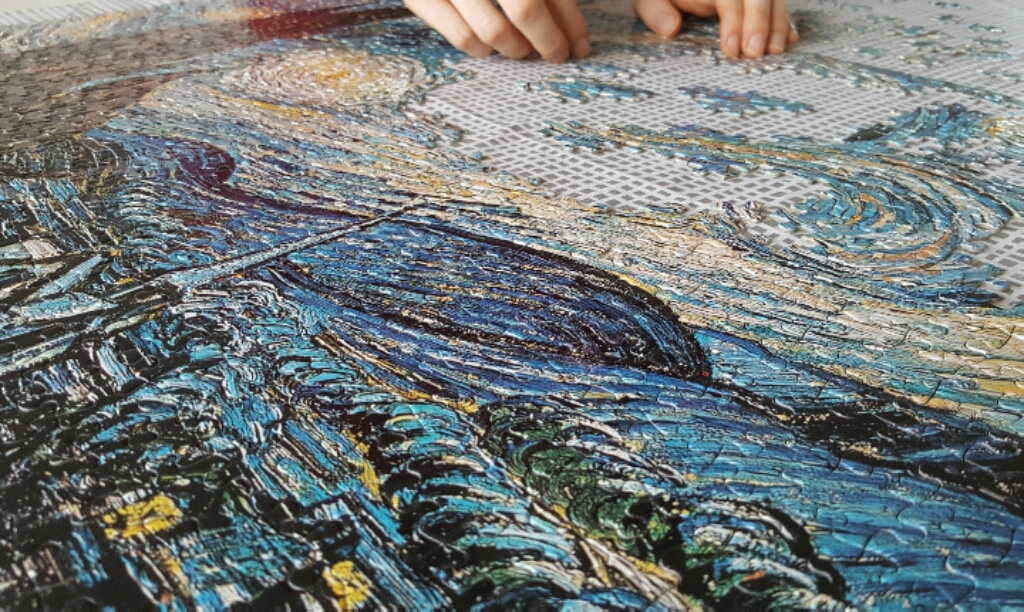 There had to be some cognitive benefit to puzzle work, I hoped more than truly believed, that would justify the weeks I'd spent. Critical Thinking, surely? I decided to Google it.

At first I was excited, many websites listed brain improvements from puzzling. Unfortunately the closer I looked the less scientific backing I found. I needed empirical evidence. Finally I uncovered one study, which identified only a single benefit: relaxation.

Well I wasn't feeling particularly fucking relaxed at that point. I really just wanted the puzzle completed so I could use the table for assembling 10246 Detective's Office (I'm hoping it will inspire another novel). I continued searching, and finally I found another study that listed a benefit of doing puzzles as "increasing skills solving further puzzles."