The Bradism Top Ten Things about the Pacific Northwest

As I travel through time on my flights from Portland back to Adelaide I reflected on my top ten highlights of the Pacific Northwest. 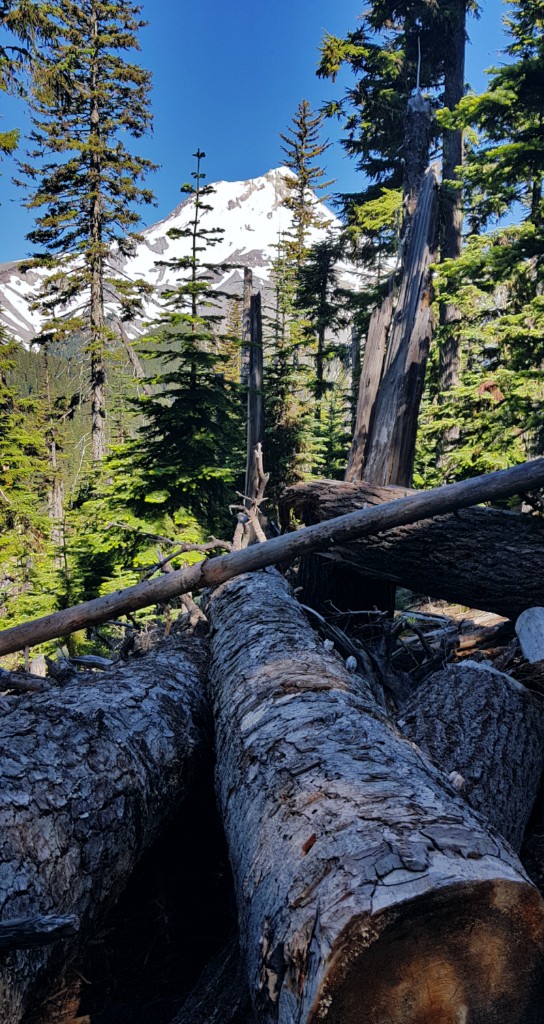 There are many great day hikes in the Pacific Northwest, and Elk Meadows on the southern slope of Mt Hood is where we'll start. The moderate trail first offers a river crossing under the looming gaze of the Hood summit, before switchbacks take you deeper and higher into the forest. 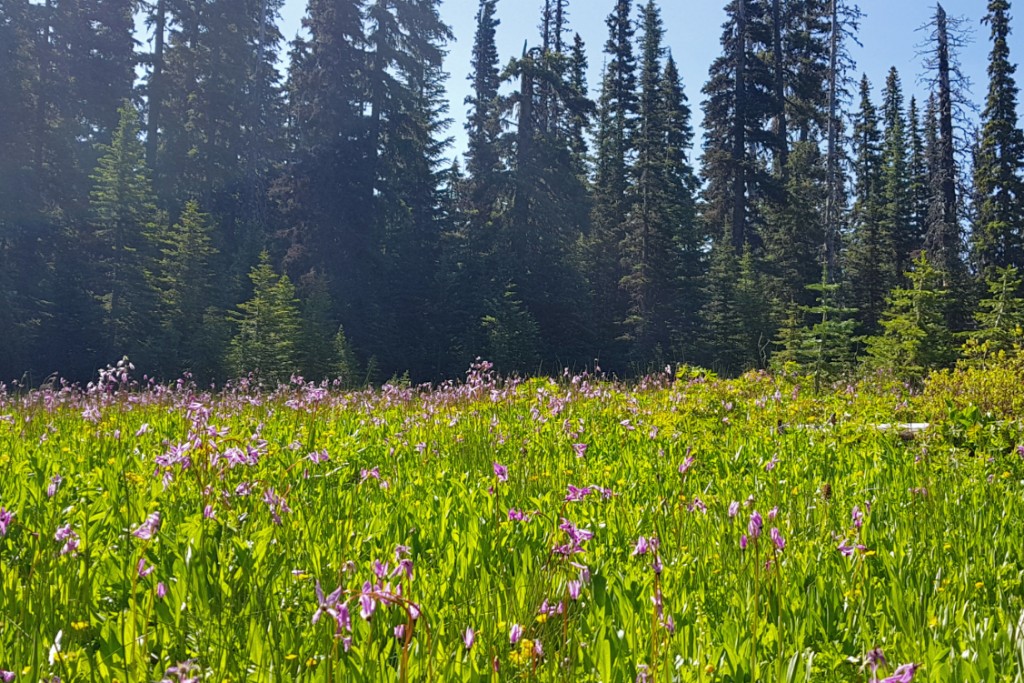 
The trail loops around the meadow, which opens up from the trees to a wide expanse of (depending on the season) grass, a carpet of wildflowers, or a plain of snow). If you are very lucky you may also see Elk. 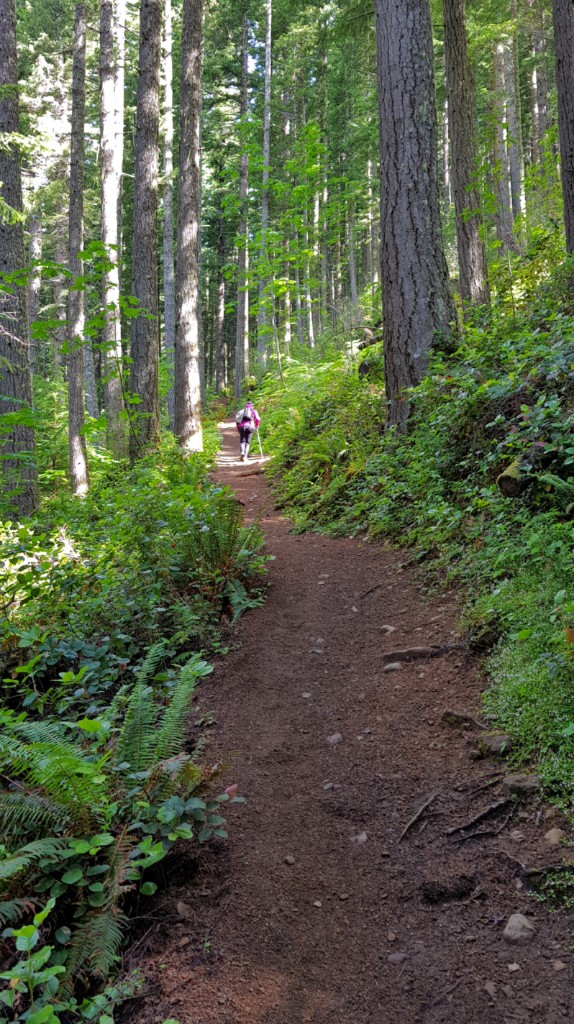 Steeper than it looks.


Somewhere on the drive between Olympic National Park and Seattle is Mt Walker, an hour south-east of Port Angeles. Walker is short, relatively, compared to some other Olympic peaks but the walk to the top is one of the most challenging. Over 625 metres of elevation is achieved over just three kilometres of switchbacks through towering Douglas firs and flowering ferns. 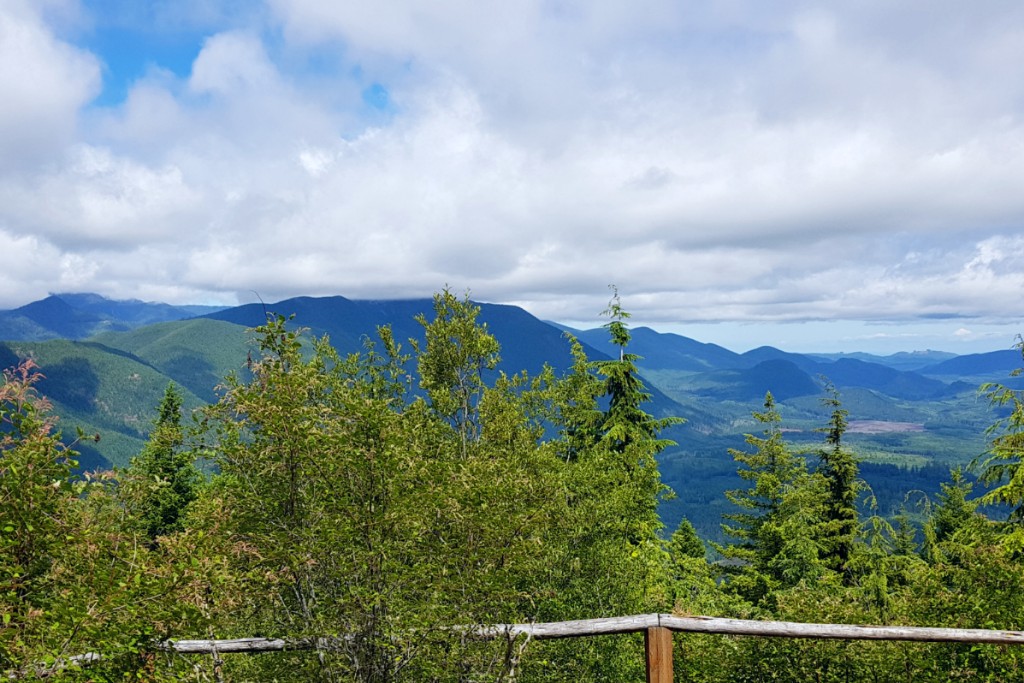 The reward at the top is panoramic views of the Olympic mountain ranges on one side, and ever more panoramic views of Puget Sound to the east, as well as the satisfaction of conquering the brutal incline. Just be careful stepping off the track to pee while descending, because you do not want to slip on a wet log and take the shortcut down. 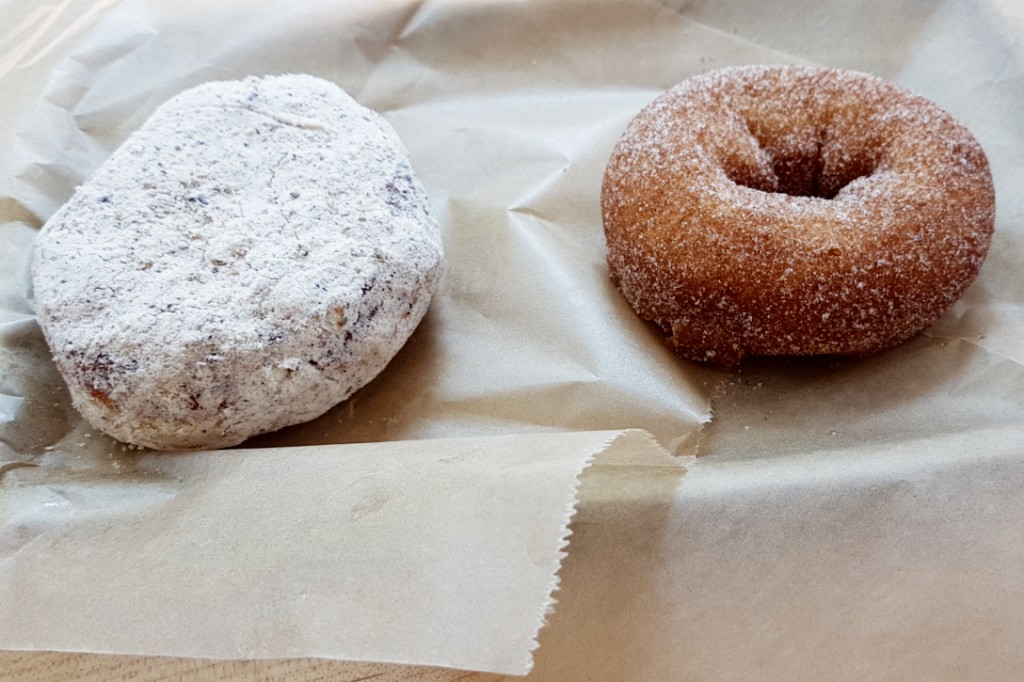 
If you're ever researching things to do in Portland you will uncover online debates about whether Blue Star Donuts is better than the longer established Voodoo Doughnuts. I figured I'd be willing to eat both to decide for myself
In my opinion it's not even close. Yes, Blue Star's gourmet donuts can be described with words like "hints" and "dashes", but while that's all very grown up Voodoo Doughnuts is plain fun. I understand why the line up goes around the block any time of the day. 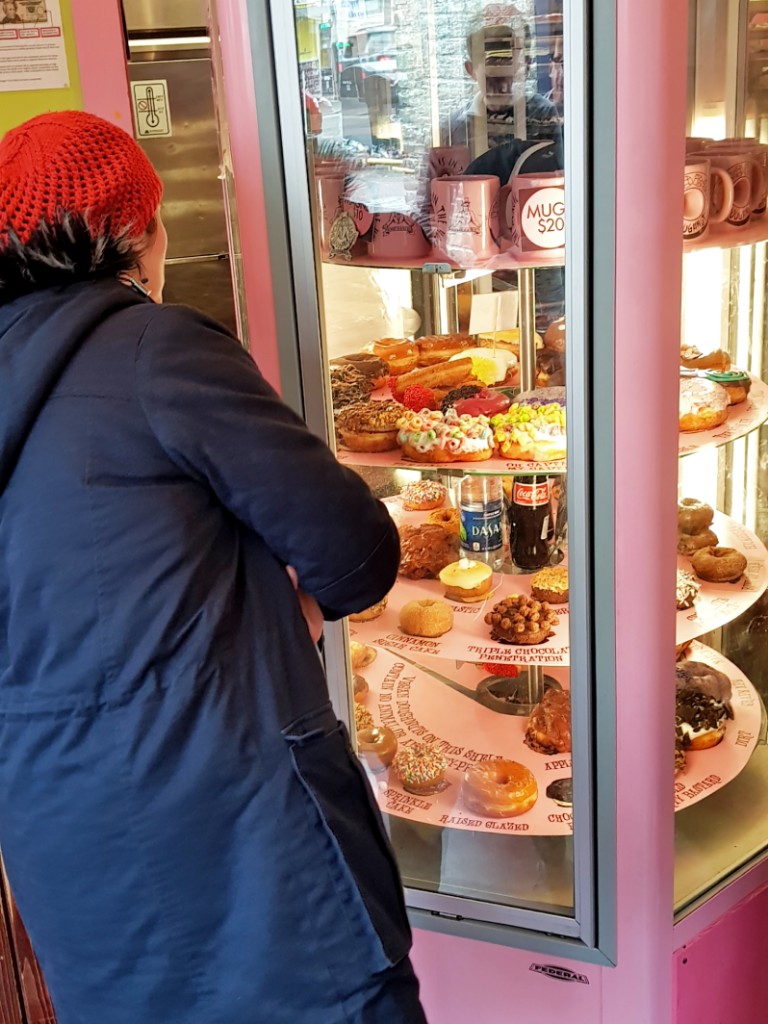 The pink store, and its giant menu, produce huge, delicious doughnuts with toppings ranging from sprinkles and chocolate, to Captain Crunch, Graham Crackers, Oreos and Peanut Butter (together). The dough, icing and custard cream has all been perfected. The apple fritter, cinnamony and crispy and packed with flavour, was exceptional. 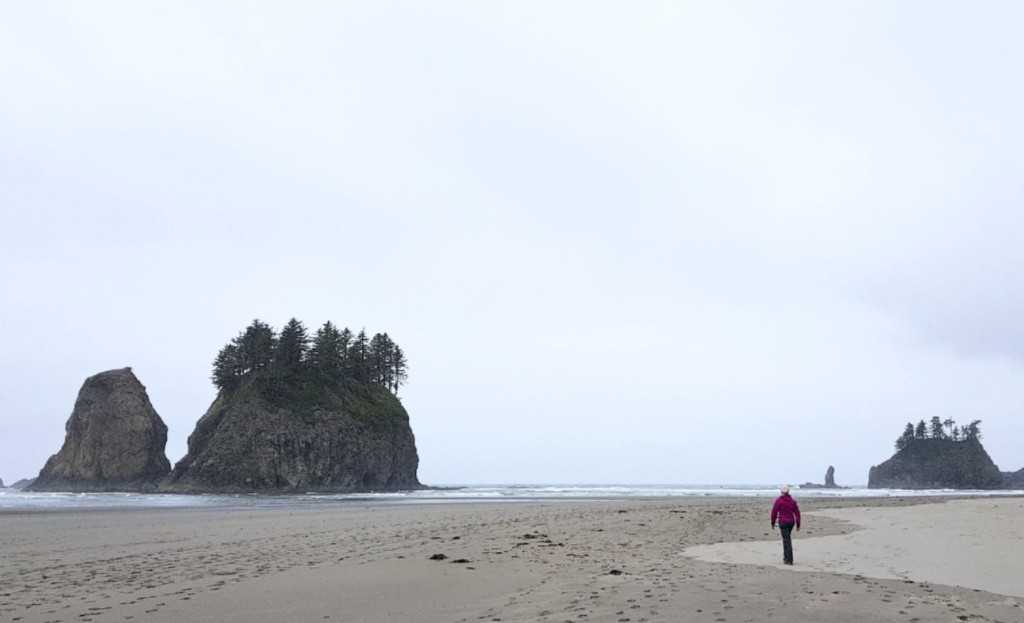 The Pacific beaches on the west shores of Olympic National Park have an edge of the Earth feeling to them. Shrouded in mist, protected by dense, towering trees, before ultimately crossing a field of driftwood logs each the size of a whale, by the time you reach the sand you have left the world behind.
Second Beach at La Push is one such beach. A short descent through coastal forest leads to the ocean, swirling around the archipelago of tiny, teeth-like islands crowned with more firs that somehow survive the salty winds. Visit at low tide, so you can stroll further into isolation, and at sunset, if you're lucky enough for the fog to lift enough to notice.

If you love historic districts, mini golf and craft beer, Flatstick Pub in Seattle's Pioneer Square will bring you joy. Not far from Pike Place Market and the waterfront, the Pioneer Square neighborhood streets are lined with late 19th and early 20th century buildings including Smith Tower, one of the oldest skyscrapers in the USA.
Flatstick Pub hosts a huge, rotating collection of local craft beers on tap, and a challenging 9 hole course of mini golf to enjoy with your drinks. There's also board games, mini-basketball and other mini games to try.
There's also a Flatstick Pub south of Lake Union, close by to some of Seattle's big tech offices. The course there is different, and good, but the location has more of a corporate team building vibe there. 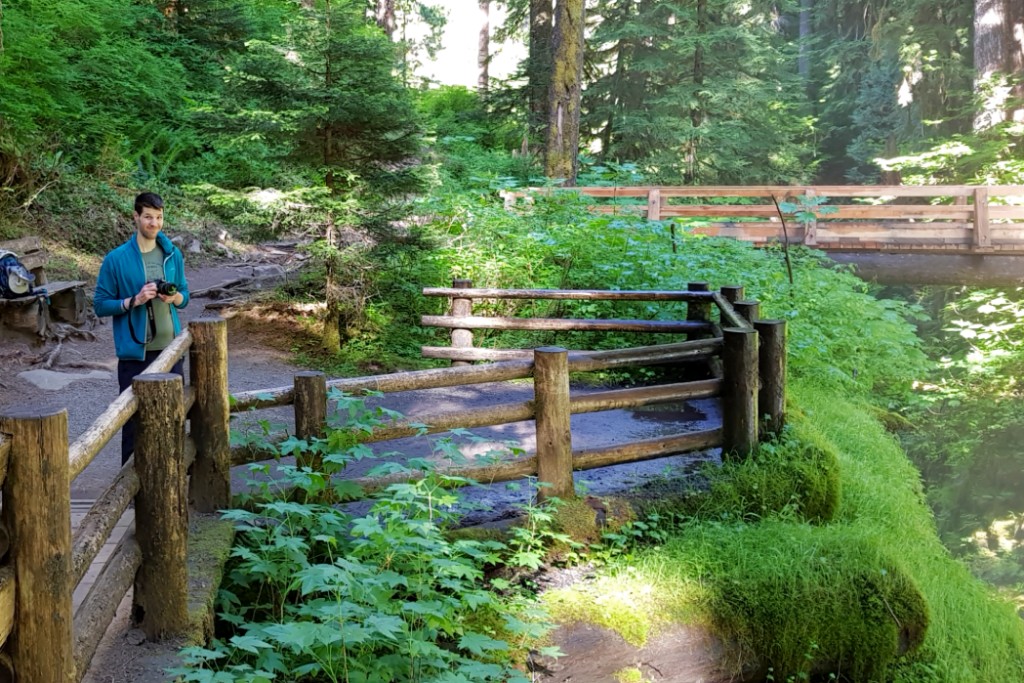 In the temperate rainforest and old growth forest around Sol Duc hot springs is a day hike with nearly everything. Starting with a temperate rainforest stroll to the beautiful Sol Duc River falls and canyon, the trail turns up the mountain through more spruce and ferns and increasing elevation. 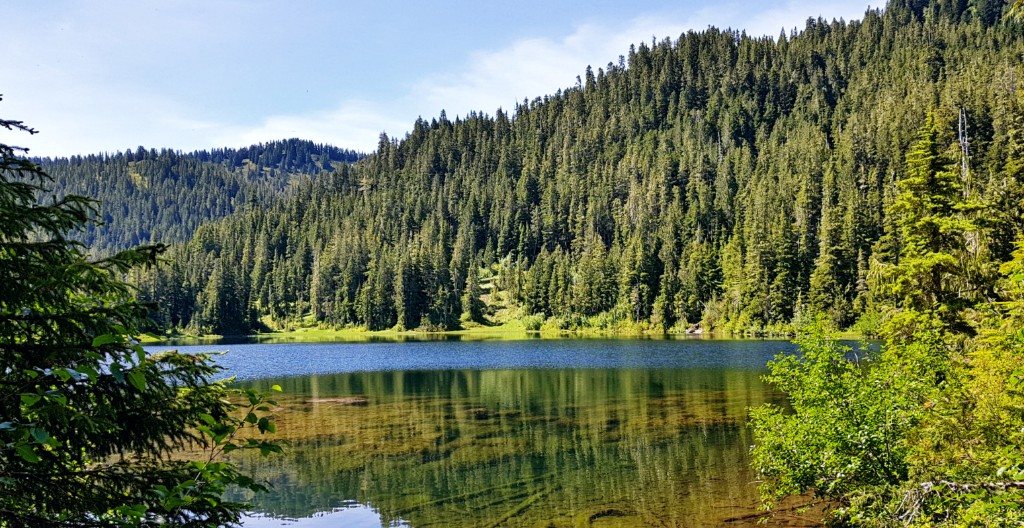 All kinds of flora is on display as you climb, crossing streams, fallen forest giants and rocky inclines. Then, inexplicably, a lake appears through the trees. Already over 1000 metres up the mountain, the still lake is surrounded by meadows climbing up a ring of even taller peaks, with a little glimpse of snow, and maybe in the blue sky a bald eagle circling. A short trail loops around the lake, passing camping and lunch spots, plus a long drop latrine. The way down is easier, and the ferny, dappled rainforest corridor known as lover's lane follows the Sol Duc back to the hot springs resort. There, if you don't mind other people's skin cells, you can sink into the mineral pools and watch the sunset play across the tree covered slopes all around. 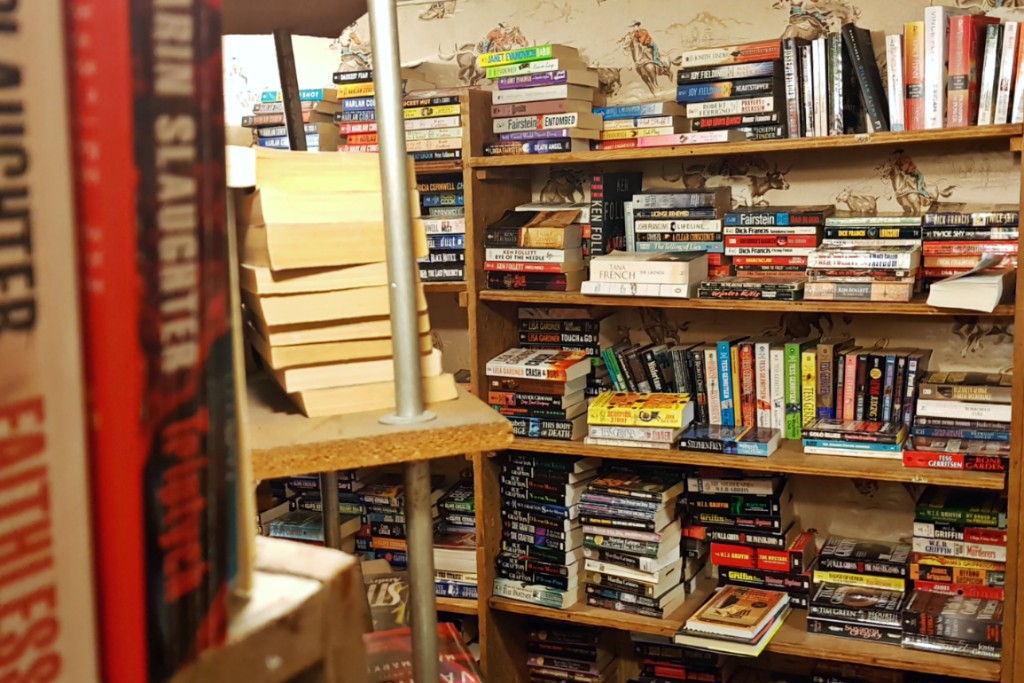 There's a famous bookstore in Portland named Powell's which you may have heard of. I visited it, and it was fantastic, and I even got $2.75 credit for my copy of a JG Ballard paperback at their buying counter. It also made me happy to see so many people in downtown Portland carrying books from Powell's.
That said, Powell's felt a little sanitized, particularly by Portland standards. It sold a lot of classics and stickers and quirky greeting cards. There was a Wholefoods a couple of blocks down.
Half a neighbourhood away, in a tiny store with fading signs was the best bookstore I've ever visited. Cameron's Books & Magazines is an eclectic collection of books and stacks of magazines consuming almost all available space. The prices are cheap, the range unbelievable. I bought a bunch of old Asimov's magazines ranging from 1975 to 2016. If you love words, check out both. 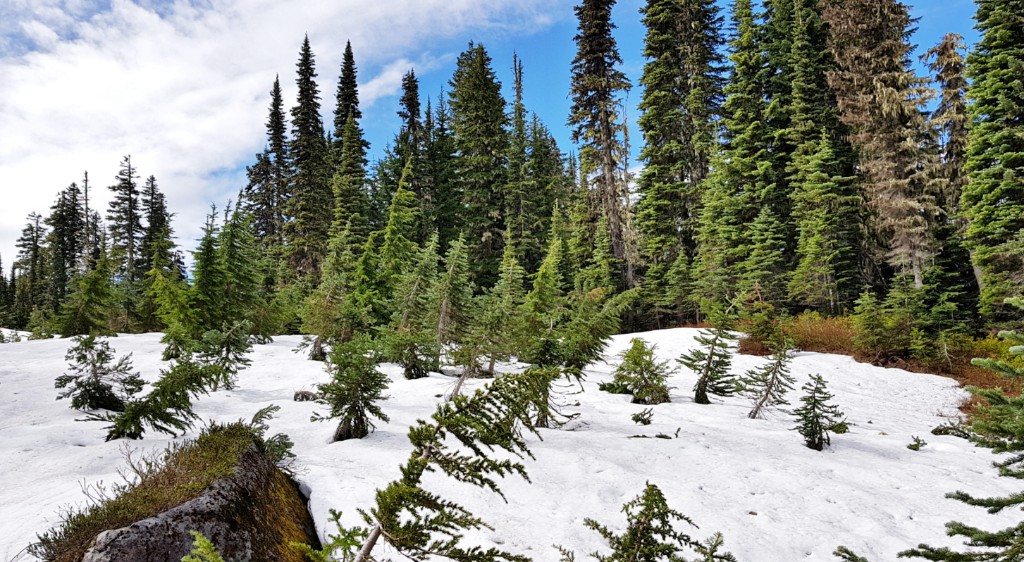 There's something magical about snow. Well, there's something magical about snow when it's summer and the sky is blue and you can go hiking around on it wearing shorts. (I myself did not wear shorts, but I saw more seasoned locals who did.)
There was plenty of snow near the peaks of Mt Rainier and Mount Hood. The Timberline Lodge was abuzz with skiers and snowboarders in the first week of July. But it was Paradise, on the southern slope of Mt Rainier that won me over. At the heart of a dozen trails, the Paradise visitors centre is spectacular in its own right. You don't need to hike far to find snow beneath your boots. 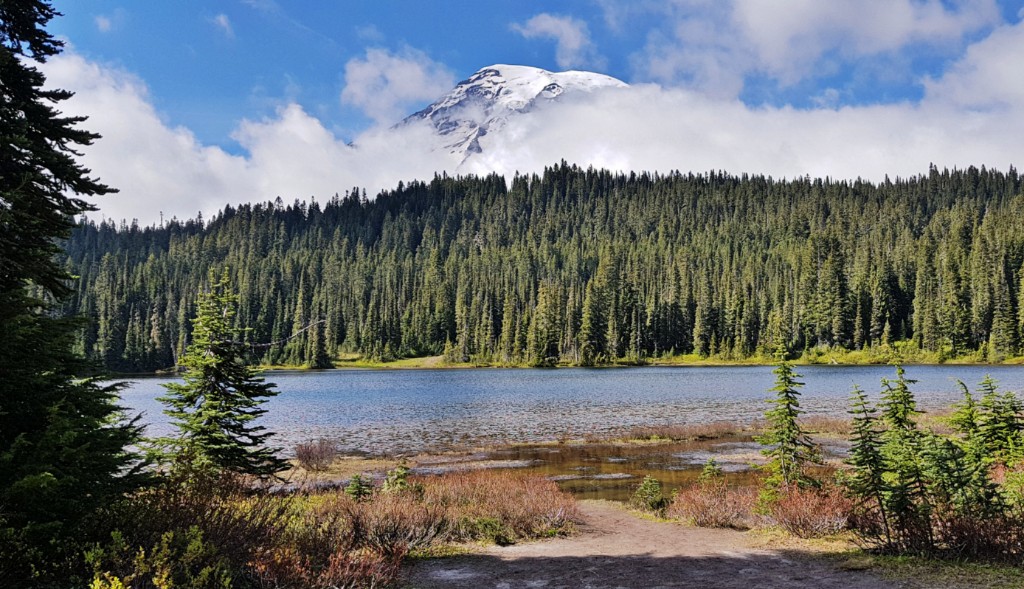 
The white trails lead to stunning vistas, glacial waterfalls, and lookout points worth the high altitude exertion. The snow is slippery, but safe to cross if you follow the rule of sticking to others' footprints. After watching your feet and fighting the slope, you can then turn around and see why they named the place Paradise. 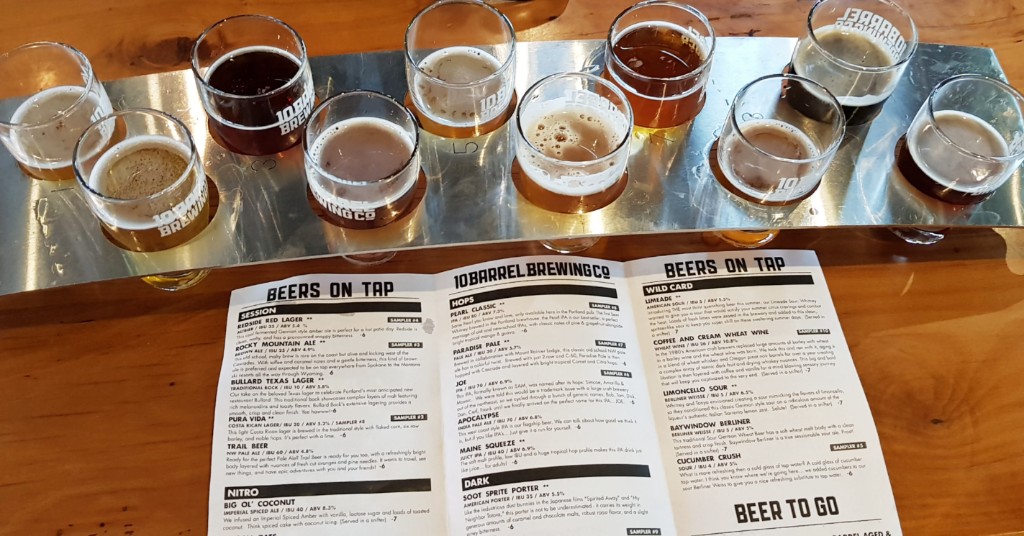 I don't think it's an exaggeration to say every small town in the Pacific Northwest has at least one craft beer microbrewery. And the ratio of one variety of IPA per thousand people in the country continues in the built up metropolises of Seattle and especially Portland. Everywhere you turn is a brewery or pub serving up seasonals and the Pacific Northwest specialty: the IPA. Beer is everywhere. You can even buy six packs of craft beers at supermarkets, pharmacies and gas stations. 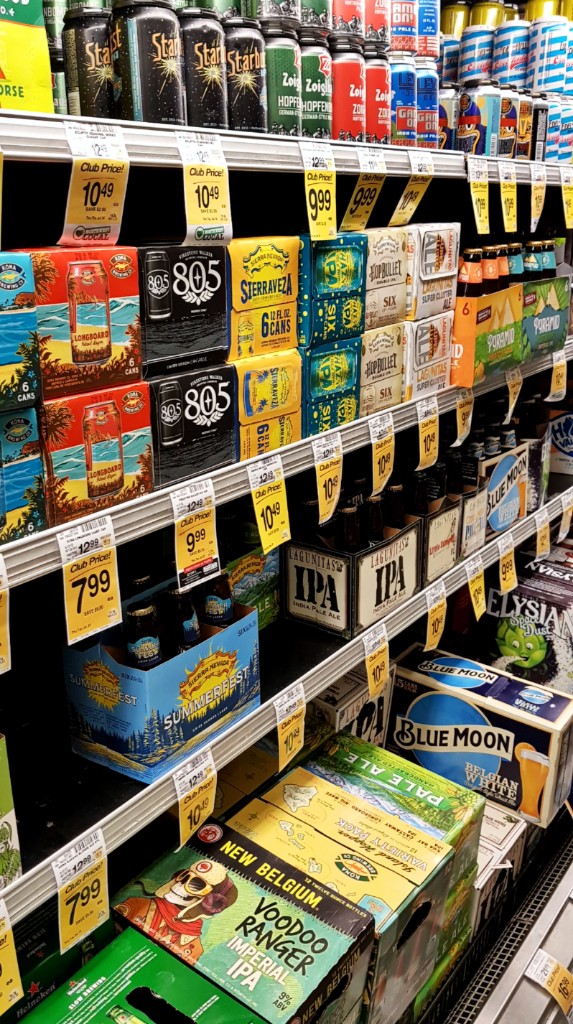 The beer in this photo has a street value in Adelaide of half a million.


The craft beer market is saturated, but I did my best to dry it out. A full review will come shortly. Stand out places to sample include Fremont brewery, Deschutes, and Ten Barrel Brewing. 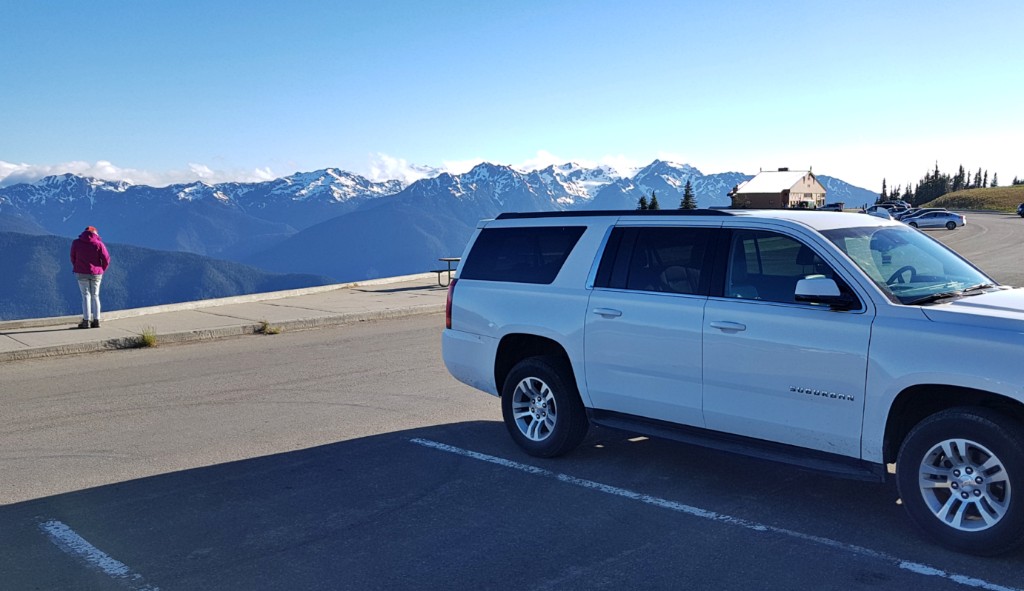 There's a webcam feed which shows the visitors centre, perched 1600 metres high, at the top of Hurricane Ridge. You can use it to check if the skies are clear, and if there's space to park your massive car. If those conditions are true, take advantage of America's willingness to pave roads to the tops of mountains and visit right before the sun sets. 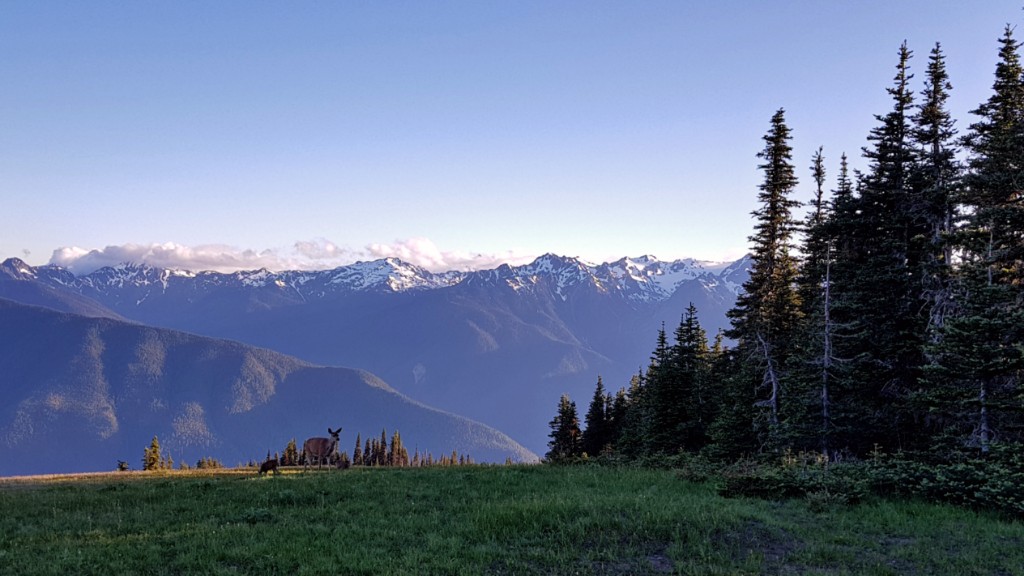 As the golden hour begins, take in spectacular, 360 degree views of the Olympic mountain ranges, watching elk crossing the alpine meadows, breathe the thin, crisp air and marvel at one of the most beautiful places in the world.

Sounds and looks pretty amazing.. Thanks for the travel brochure! 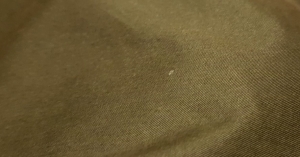