What Did I Learn From Napoleon This Week? La Fin

Last Wednesday I reached the conclusion of Napoleon the Great and I couldn't help feeling a little sadness as Napoleon (spoilers) died on in exile St. Helena.

Napoleon was certainly one of history's most interesting individuals. Not one I'd idolise, but certainly one to be inspired by. Simply the energy and focus he seemed to invest into the minutia of everything across an empire was admirable, and the propaganda of the past 200 years has given him a reputation of a warmonger that he doesn't completely deserve.

The final portion of the book is about Napoleon's hubris, ruination, surprise encore, and ultimate defeat.

Ego became a burden for Napoleon, evident in behaviours such as the carrying unnecessary supplies such as dress uniforms and Parisian chefs into a war with Russia, so far from home. Even his arrival at key battles was delayed half a day by him ordering a military parades of his troops before marching.

But it was the size of his army and the issues that came from managing so many people that I think truly caused most of his problems.

As someone who has managed seven people plus several contractors at one time, I can empathise with the difficulties of leading an army of 200,000 soldiers along with camp followers and the rest. They did not have email or Slack in 1814. A large army is less agile, and had the further downside of causing enemy armies not to engage. Larger armies are also harder to micromanage, and have to be coordinated across multiple fronts.
His delegation of authority to his choice of marshals, commanders and family members did not help. I certainly would have to think long and hard before making my own brother the King of Spain. Nor did his stubbornness when it came to forgiving those who were clearly conspiring against him, such as Talleyrand.

But who am I to judge the decisions of someone who lived in an era where haemorrhoids were treated with leeches?

And ultimately - despite all his aptitude, infinite energy for micromanagement, and "habits of successful people" - it was indecision (lingering too long in Moscow), impatience (trying to force decisive battles in Belgium) and hypocrisy to his own military maxims (underestimating his enemy, leaving his flanks exposed) that led to Napoleon's final downfall.

Perhaps it was the over-achieving, perhaps it was illness and stomach cancer, perhaps he was just not clutch in the playoffs - what it has shown me is that while there was a lot to admire about Napoleon's focus and gusto, it probably wasn't sustainable for any human being.

The rise and fall of Napoleon, at least Andrew Roberts' version, was a narrative befitting Caesar, and perhaps that was deliberate either by Roberts or Napoleon himself.
It had all the drama of political and familial betrayals, marriage choices, the dramatic irony of it being the soldiers who suffered the most who chose to remain loyal when the prospect of civil war became necessary for Napoleon to regain the throne. The irony of a Jacobin general becoming a monarch. At least Napoleon had the benefit of those years in exile in which to complete his own memoirs.

The irony of a young author and his failed, unpublished history of Corsica, to go on and live a life and write an autobiography that would become the highest selling book of the 19th century. 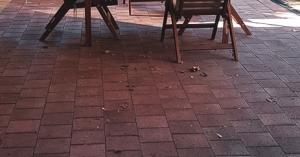 The winter solstice is... 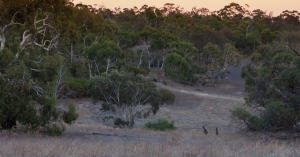 Previous Entry: One (Month) Down

31 days post op, my recovery from labral tear repair and biceps tendon reattachment has progressed well. I haven't worn a sling for nearly two days now, and most of the fortnight before that it was just when leaving the house.