I could say a lot about May. There's only been six days of it so far and a lot has happened. Nothing that warrants a narrative, but I promised myself that when it got to the point in the evening where I felt like watching pointless videos on YouTube instead of going to bed (Catan strategy breakdowns for low ore boards? Really, that's better than getting a good sleep?) I would write something instead.

Despite the pandemic, our house sold. That good feeling alone has been buoying me throughout the week. We bought a Skierg to celebrate.

Haven't run out of toilet paper; still no bites on my DVD Collection on gumtree.

I picked up a basketball and shot it towards a basketball ring yesterday. It was a warm and breezy late Autumn day and the ball went swish through the net. In fact, my first four shots went swish, and each and every swish I elicited through twenty minutes of sunshine unpicked a miniature scab from my heart, which then stung after the sun set and the cold air got in under my ribs.

The bird of paradise plant in the garden flowered and I was so excited that I googled how to fertilise them, sprinkled some dynamic lifter around their base, watered it in with some pea-straw and then the dog dug it up and ate it. So instead I fertilised the lawn in a roundabout way.

I received the most amount of money I've ever been paid for something a story I wrote ($640!), but I wrote it like three years ago and it was rejected so many times, and the place that bought it hasn't actually committed to publishing it, so I'm kind of not sure if they just bought the rights to get the thing out of circulation while the world suffers through COVID19.

I broke the seal on porridge this year earlier this morning. Instead of mixing in banana I mixed through tinned apricots. It was nice, but missing something - probably banana. I believe today might actually be the first day of the year I didn't eat a banana.

Who knows what the rest of the month has in store. 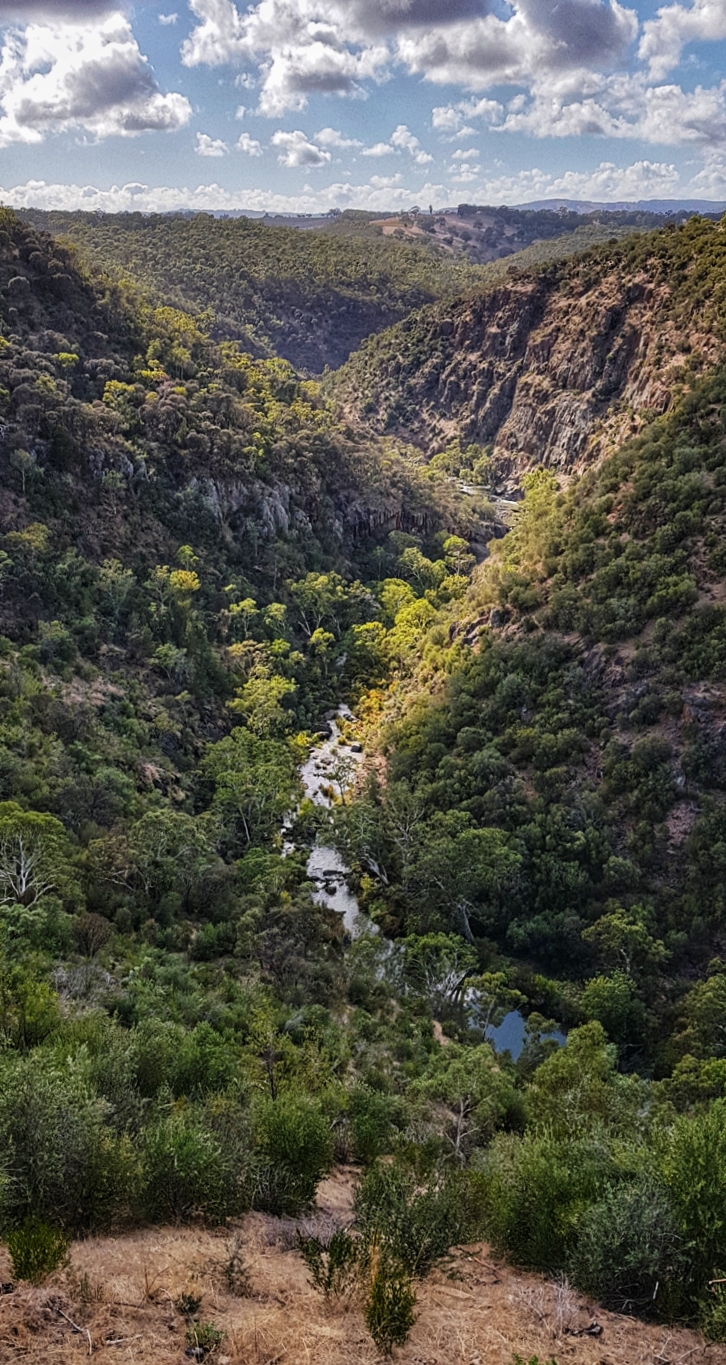 There’s a lot of bad things in life. An ice cream by the seaside is not supposed to be one of them. But sometimes it can feel unsatisfying, like you’re going through the motions of something fun without actually enjoying it. You have to park at the beach, deal with the crowds on the sand, the line for the ice-cream, the smell from the warm dumpsters drifting over the queue, the challenge of choosing your flavours. The cost, the guilt of the calories, finding somewhere to sit and eat it before it all melts. It can be a chore.

I had a really great ice cream by the beach on Sunday night. It was the first hot Sunday of summer. The beach was more packed than I’d ever seen it. After having my choice of parks all autumn, winter and spring I had to park two streets back from the esplanade. We wandered back down to the sand, greeted by almost-still water and an instant five degree drop in temperature. The sun was closing in on the horizon. We walked along the shallows to Semaphore square, ordered a few scoops and then carried dessert back to the sand and found a dune to watch the sunset.

We talked about life, milestones just completed, new things to come. The ice creams were almost $15. All afternoon my hamstring tendon had been on the cusp of agony. There were uncertainties in our near future. There was work tomorrow. The ice cream was sweet, and still cold.

As the sun sunk and twilight commenced, I finished the last lapping of double chocolate and the conclusive crunch of waffle cone. We walked back to the car and blasted Christmas songs all the way home. There was still chocolate on my lips, and my belly was content. It was a beautiful night.

You can be in pain and still be happy.

Not A Duck Entry 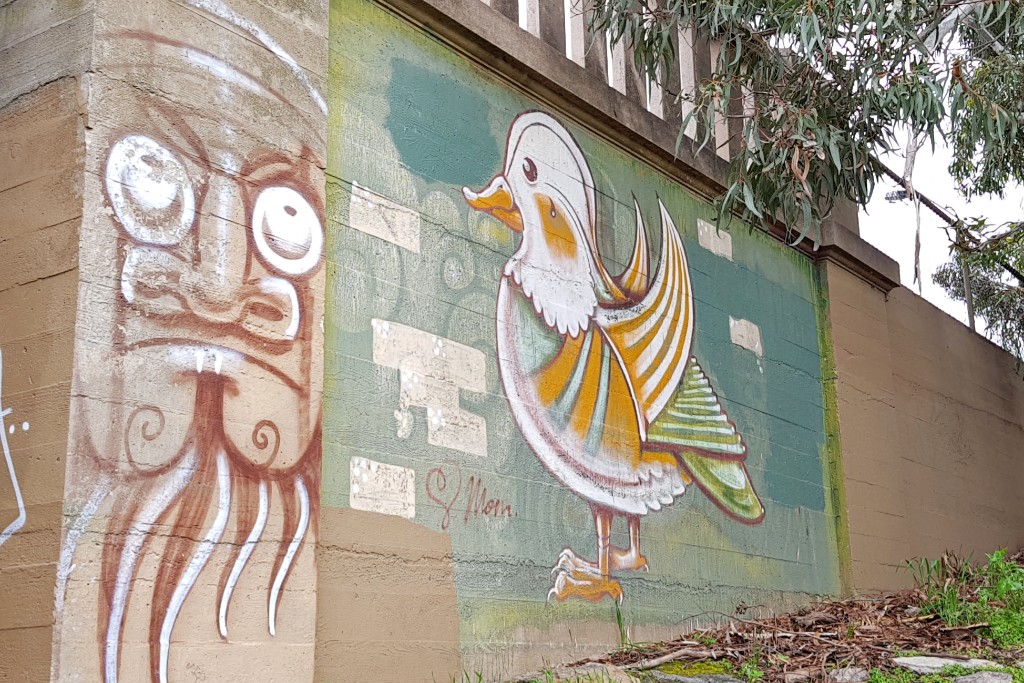 I took some photos while walking along the Torrens this September morning. Vanessa asked me if I was planning a duck entry. I said no... 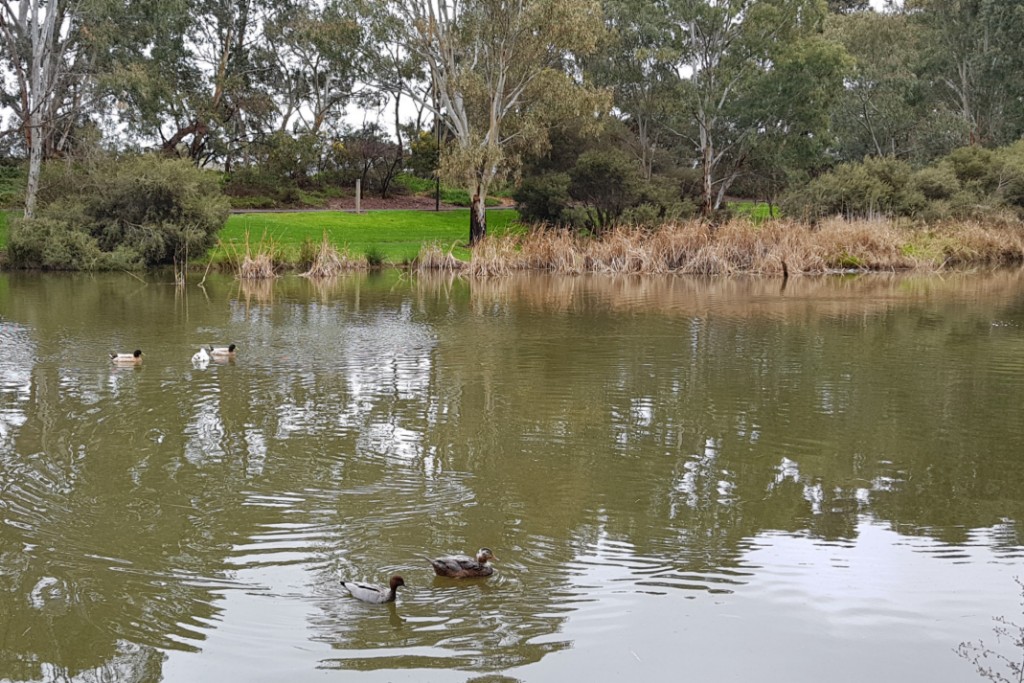 We saw no ducklings and were rained on several times.

The Richest Man In The World

I've survived on this planet for 35 years now. My reward from Vanessa was a month of desserts, culminating in a jumbo mousse cake, totalling over 8,000 calories. It tasted as good as it looks. (As seen here on the Official Bradism Raised Cutting Board for Tall People.) 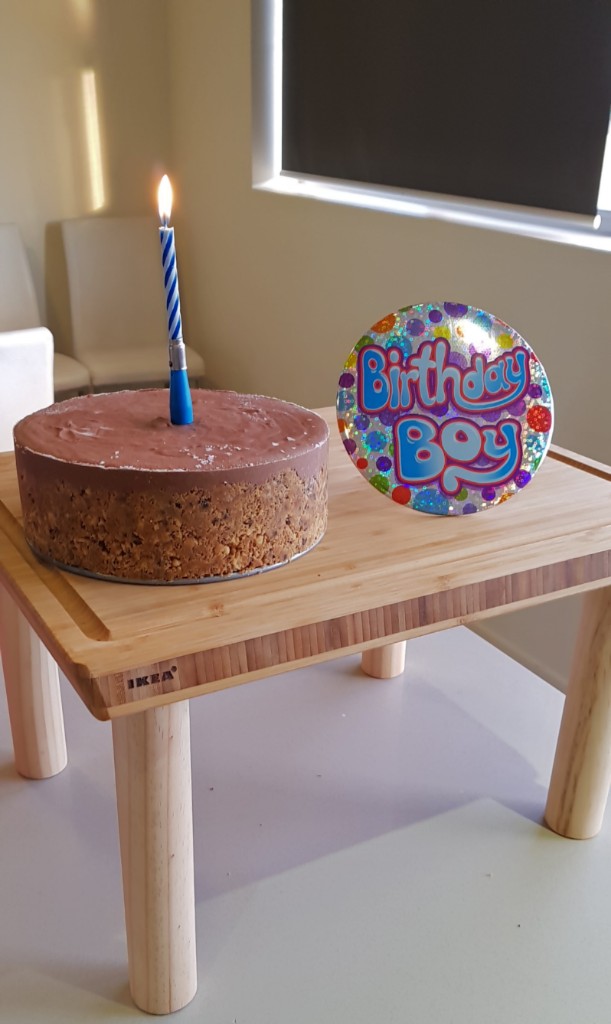