Vanessa and I are pleased to announce we have a bun in the oven!

Because, for Christmas we bought each other a bread maker.

The bun was delicious. 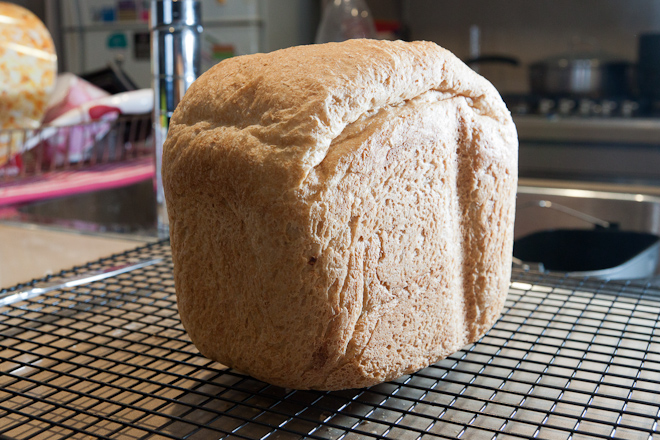 We made it together.

We ate it together.

I loved doing that with her.

I'm not sure the exact reason why I haven't updated for almost three weeks.

Maybe it's because I've managed to cut my caffeine intake down to one coffee per day.

Maybe it's because I can't write so well when my brain and computer are twenty storeys above the ground. I have written some good stuff in aeroplanes, so not sure if this checks out.

Maybe it's because after four thousand consecutive days of trying to come up with journal entries in my head, I've run out of good material.

Maybe it's because my journal peaked with a photo of an apricot that kind of looked like buttocks.

Maybe it's because my fucking phone won't stop fucking ringing.

I am really excited for the end of year holidays. I have so little interest in the rest of this week, all I can think about is Christmas.
Right now I would say Christmas is like a big loaf inside of me, ready to be released, and these next few days are miles of highway without a rest-stop.

The Greatest Rapper in the world Christmas Special 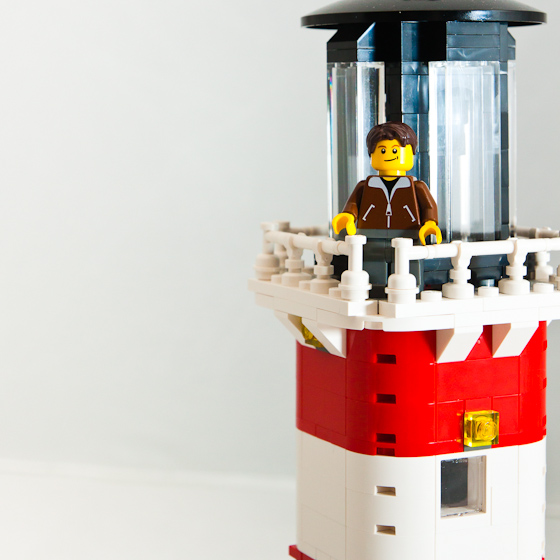 Nigel could climb from the bottom to the top of his lighthouse in less than forty seconds. There are 108 steps. Nigel checked the lamp every evening, which means this year he spent over eight hours climbing up and down almost 80,000 steps. These were the kind of things he thought about during the long nights as a lighthouse keeper. If there were problems during the night he might have to climb stairs even more, but this year he didn't have a single problem with the light. He was very good at warning ships about the shore. 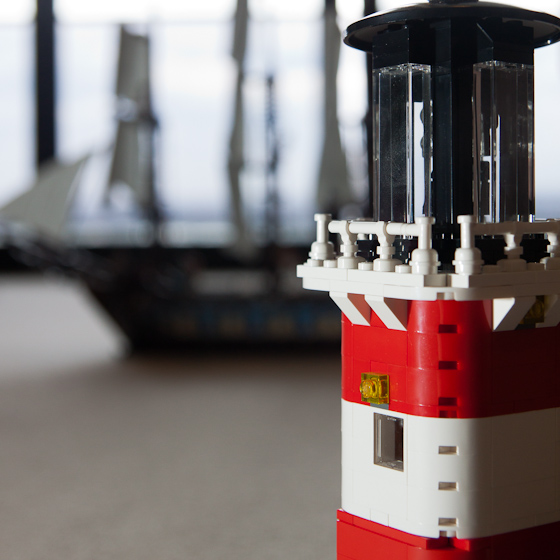 As the end of the year approached and the daylight lingered longer, Nigel had more time to himself. He thought about his career choices, and his future, and he realised that this couldn't be his whole life. He called up his supervisor and told him, "I won't be working for the rest of December." His supervisor said, "Nigel, what do you think you're doing?" 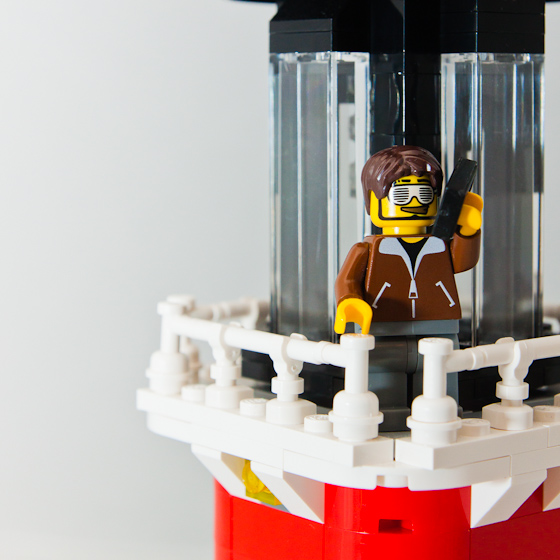 Nigel said, "I am going to write the greatest Christmas rap album in the world." 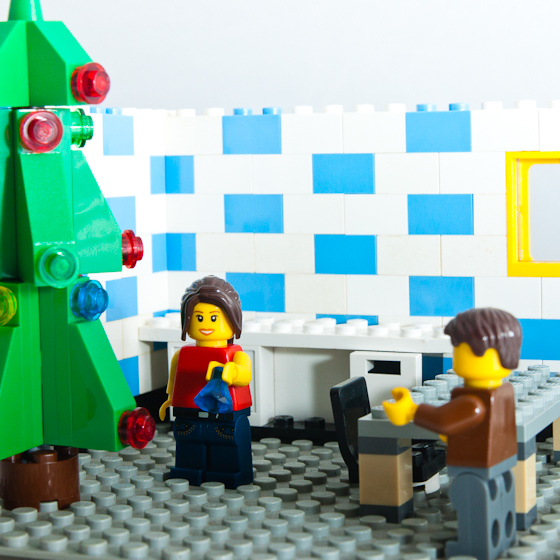 Nigel climbed down the 108 steps and found Kelly in the kitchen. He told her that he wanted to try rapping again, and this time it would be a Christmas album. Kelly loved the idea, because Kelly loved Christmas. 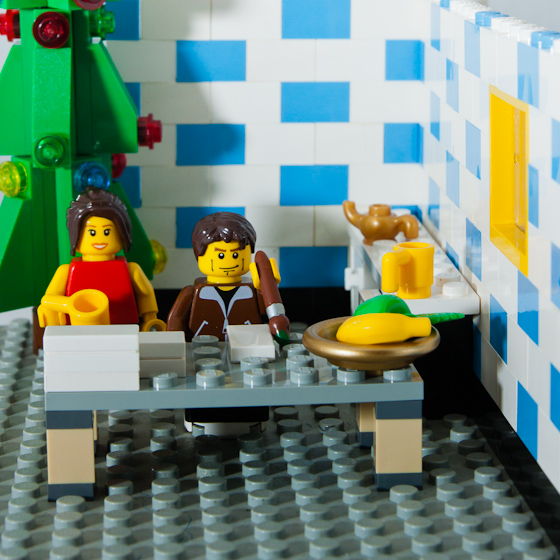 Before Nigel started writing raps, he and Kelly sat down to work out what was currently the greatest Christmas rap album in the world, to define the metrics that he would need to beat. They made a summary of all the past hip-hop and RnB Christmas albums and ranked them in categories. 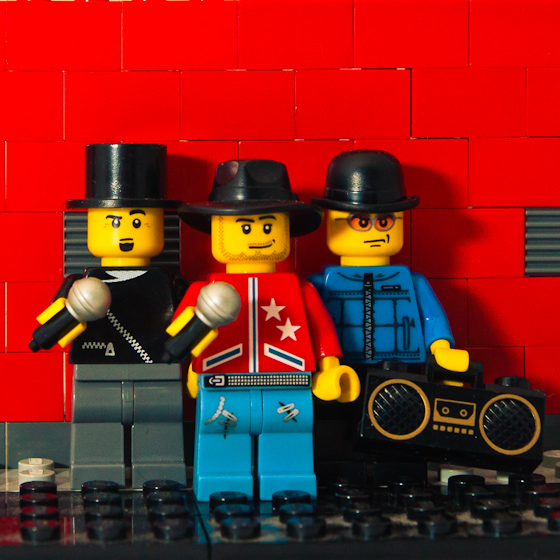 Run DMC's Christmas in Hollis is the most well known Christmas rap, appearing in 21 different holiday movies and Christmas specials since 1987. 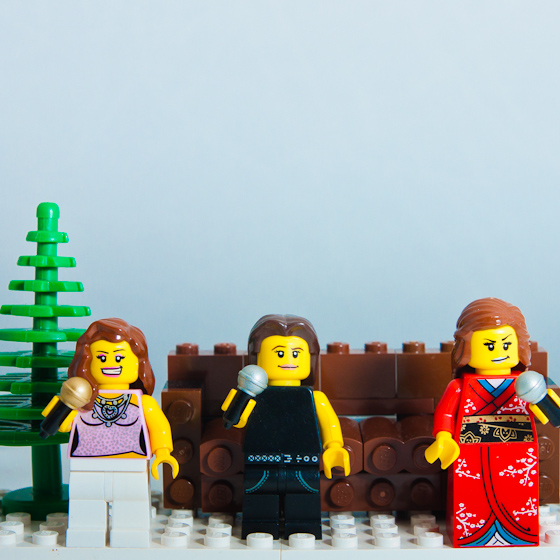 Eight Days of Christmas, by Destiny's Child, has the highest Billboard Chart ranking, peaking at 34 in 2001. 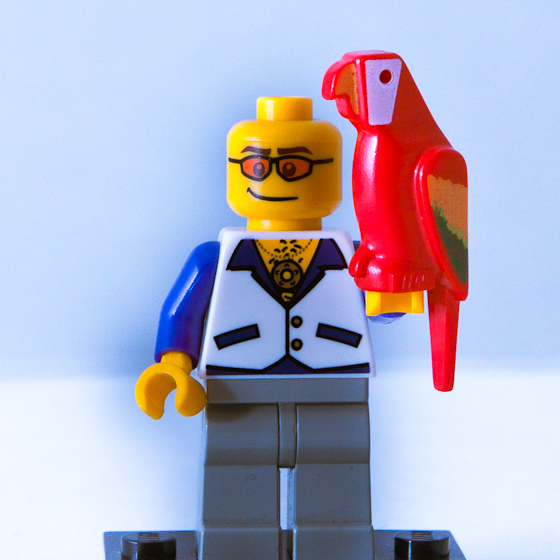 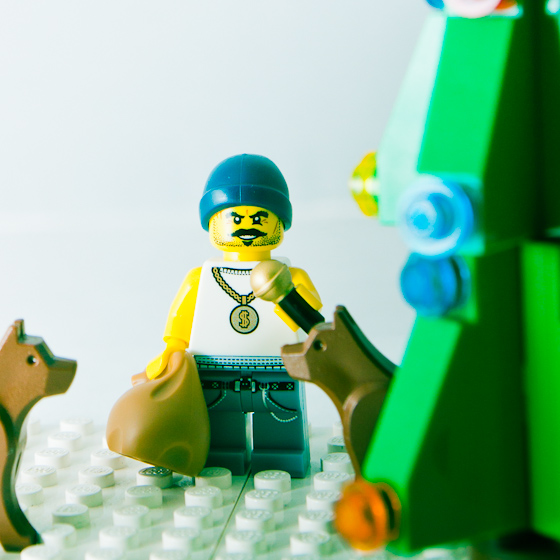 Snoop Dogg's Christmas in Tha Dogg House contained the most original material released on a single Christmas rap album. Along with the most mentions of Santa Claus. 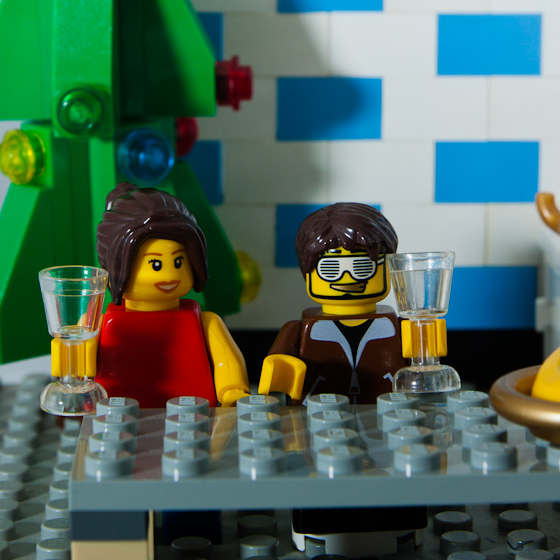 If Nigel could surpass these factors: writing the most original, highest charting, most downloaded, most revered Christmas album of all time then he could surely lay claim to creating the world's greatest Christmas rap album. Nigel got straight to work writing Christmas rhymes and posting them as downloads on his MySpace page. 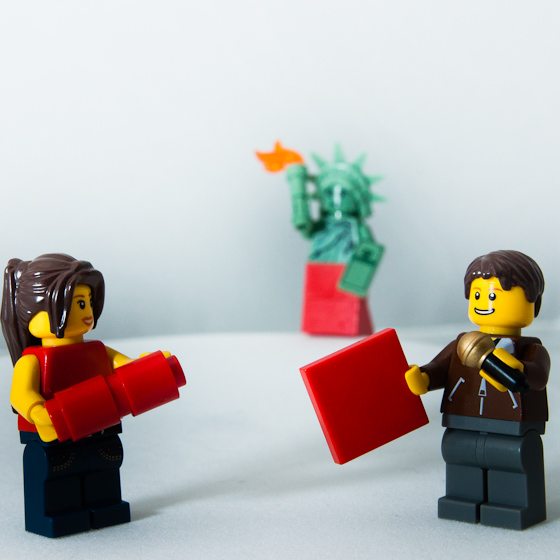 He wrote a rap called "The Greatest Wrapper in the World." It was about perfectly gift-wrapping a series of more and more complex objects. He and Kelly even made a video for it. 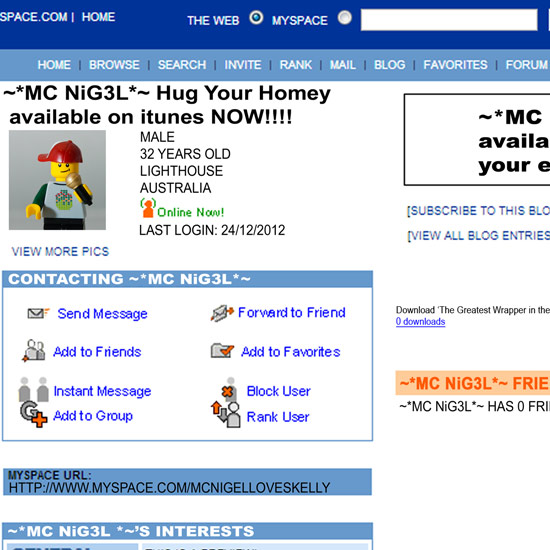 The song received zero downloads. It took them days to create the video and no-one who watched it even commented. 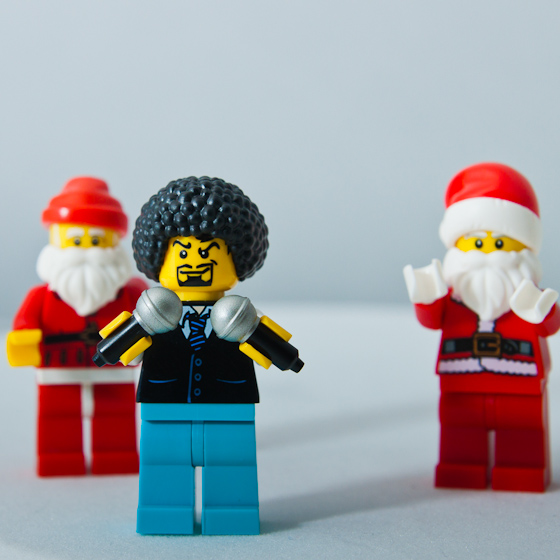 In one rap Nigel mentioned Santa over a hundred times. The very next day indie-rapper Busdriver, one of the fastest rappers in the world, released his song "One Billion Santas." His track wasn't even really Christmas related, it was actually a metaphor for American middle-class behaviour in the years following a recession. Regardless, it received 10,000 comments in less than a week. That was 10,000 more than MC Nigel's song. 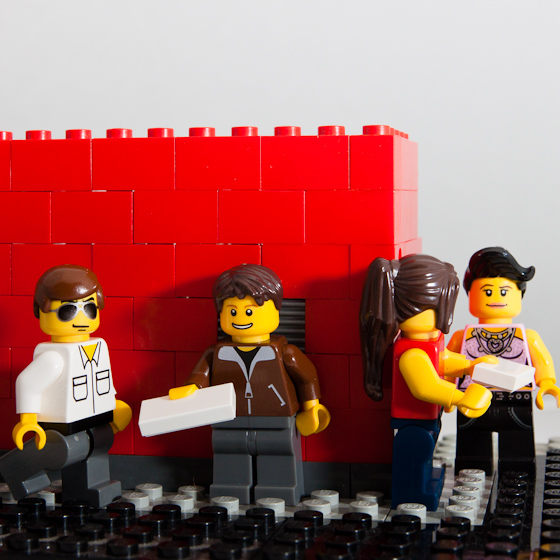 Kelly and Nigel organised "Hip-Hop by Candlelight" to try out some of Nigel's new material. They distributed thousands of flyers. 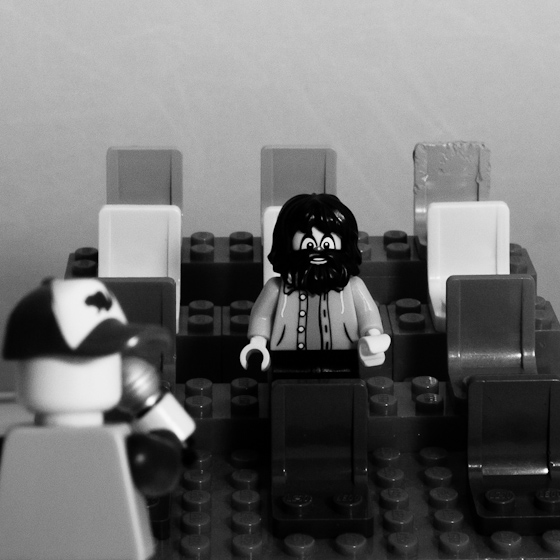 On the night of the show the only person who showed up was local homeless man, and fellow aspiring MC, True Drew. And he mocked Nigel until the bar opened. The rest of the seats stared back at him, empty. Nigel felt like it was Christmas morning and he'd opened up a stocking full of coal. 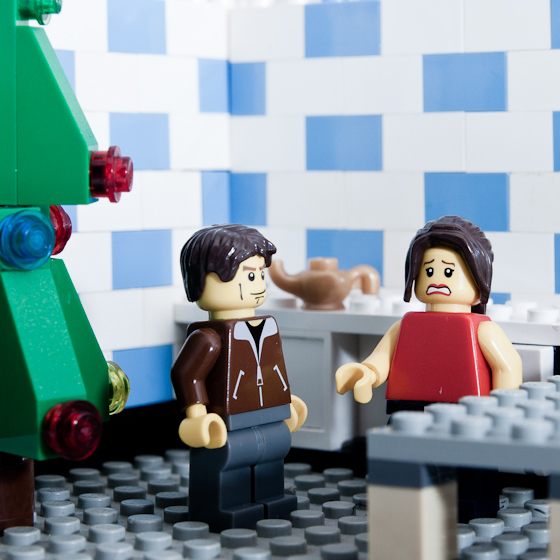 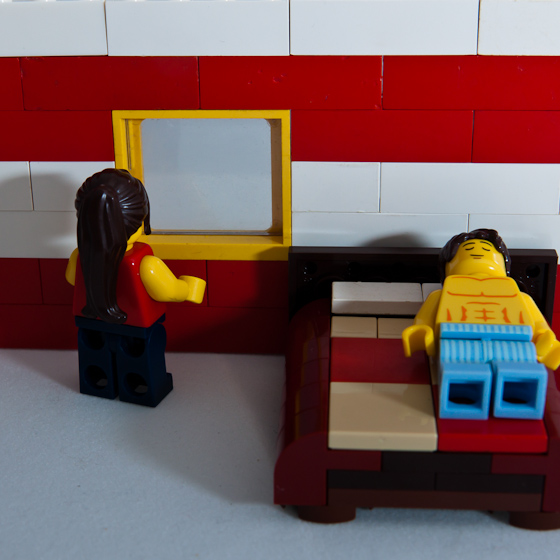 They went to bed, but Kelly couldn't sleep. She went to the window and stared out of it for no real reason. As Nigel snored lightly she made a wish. She wished that he would write the world's greatest Christmas album ever. 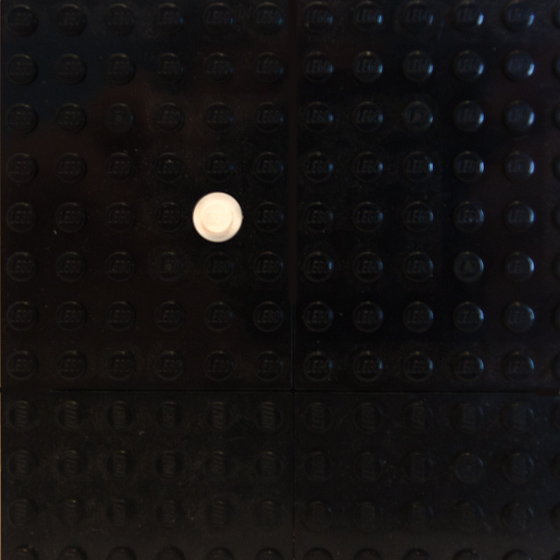 At that same exact moment the first snowflake of summer appeared in the sky. 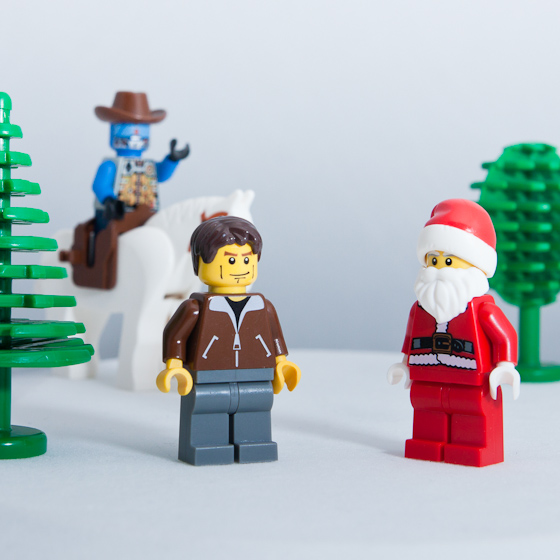 And as Nigel slept, he dreamed. Santa appeared to him. Santa told Nigel not to give up. "MC Nigel, you have been a good boy all year," he said. "For Christmas I will give to you what you desire. All you must to do is remember the real meaning of Christmas, then you will have the world's greatest Christmas rap album." 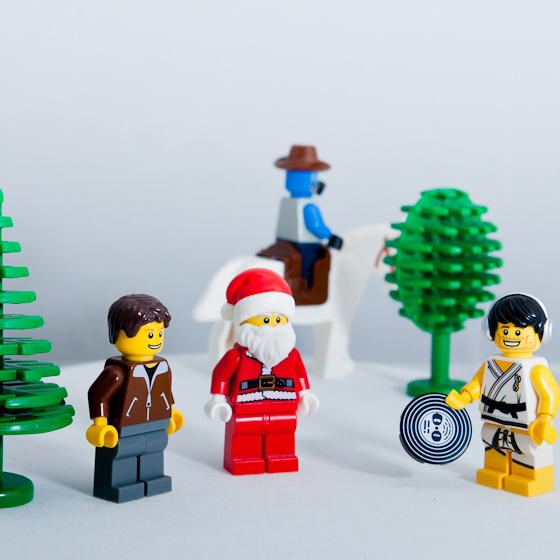 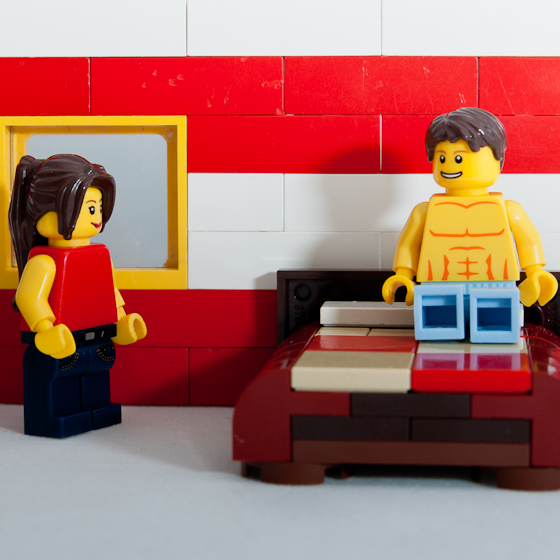 Then Nigel woke. Kelly was still staring out the window. He told her, "I know how to make the greatest Christmas album." "How?" she asked. He didn't answer, he rushed downstairs to write. 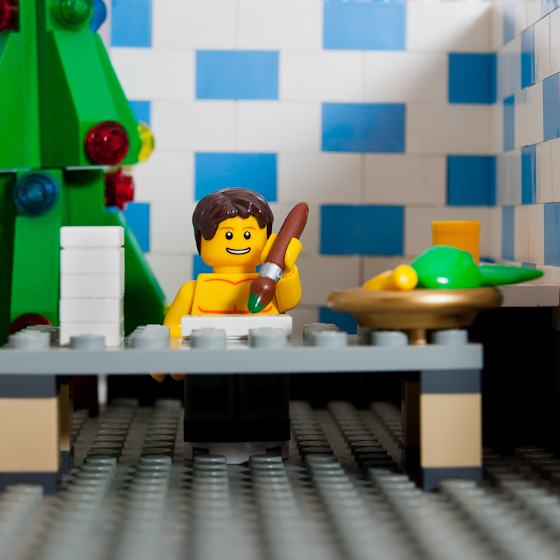 There was less than two weeks until Christmas. For twelve nights Nigel worked on his album. By Christmas Eve there was only one rap left to write, but he was stuck. He realised he couldn't do it alone. The rap was called "White Christmas" and many other Australian rappers had come together to help him create it. There was no killer verse though, no stand-out stanza. Nigel thought back to what Santa had said, and he knew the solution. 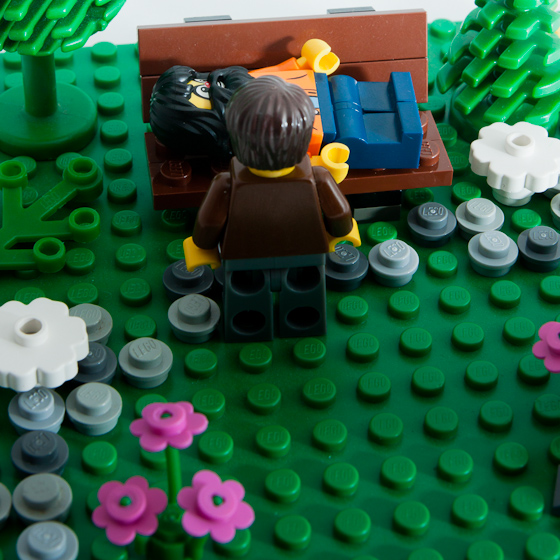 Nigel went to the park and found True Drew sleeping on a bench. "Are you awake?" he said. Drew grumbled a slosh of syllables and whisky breath. "True Drew," Nigel asked, "with your nose so bright. Won't you lead my rap tonight?" 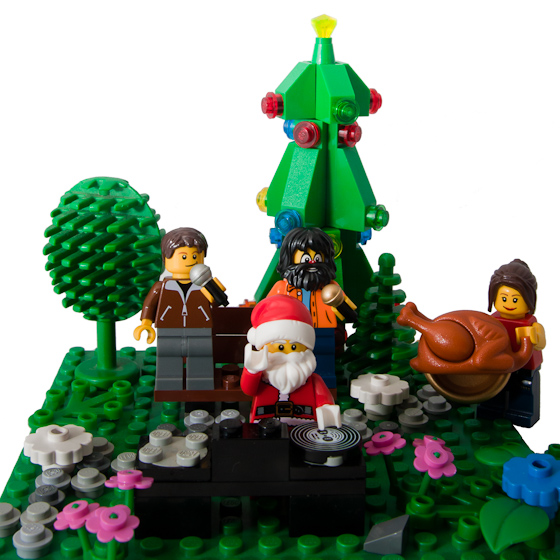 True Drew dropped a verse on the spot, then along with Kelly, Santa and Nigel they ate turkey and celebrated Christmas. Santa told Nigel that, when every boy and girl woke up Christmas morning they would find a copy of his Christmas album in their stocking. And it would be the greatest Christmas rap album in the world. "And you know why?" Santa said. Nigel nodded. 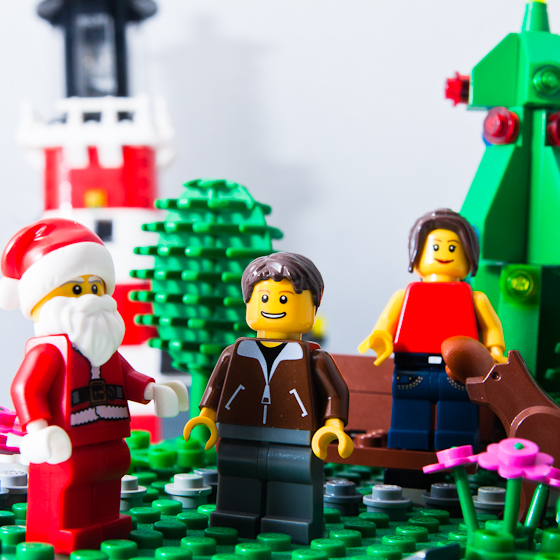 Nigel said, "Because it is the Christmas rap album with the most Christmas Spirit." THE END

It's been a couple of years since I backed out the entrance of the music review scene with my hands in the air. In this "for future reference" entry I'm not even going use words like "best". I'm just going to post a few lists of songs from 2012 that I enjoyed listening to the most when doing certain things that I like to do. These are songs that were super catchy, or that struck me in a certain way, or that I couldn't quit listening to.

In late November my supply of Glucosamine tablets ran dry and I went to the pharmacy to re-supply.

The pills I had been sucking down daily prior to that date were small, sweetened things which I saw as a friend with a wink who made my fish oil tablets slightly more bearable. They were the velvet glove on the iron fist. Supplement candy. So unobtrusive that on the rare occasion they stuck in my throat they would apologise with a burst of vanilla freshness.

On that day when I resupplied my Glucosamine I was feeling regularly frugal. I found the same tablets I'd been supping on previously, and I found for four dollars cheaper another brand of Glucosamine in the same quantity. Four dollars saved across a 400 tablet container. Why, that's a 1c saving daily. Morning wood indeed.

And so on the first morning of my new stash of Glucosamine I opened the vessel to encounter Glucosamine tablets so large they might be used for a game of dominoes. It took me half a litre of water to swallow the first one. My esophagus acted like the recharging station of some off-brand robotic vacuum cleaner, rejecting any idea of coupling. There was a foul tasting battle of verticality. I eventually won, but not with enough ease that I could delay an inspection of the container to check just how many Glucosamine tablets I had left. 399. Which, by my late-Spring calculations meant that I would be finishing the last of these daily, salty biscuits precisely on January first, 2014. If I survived that long without choking. I understood then that my New Years Resolution had been decided for me.

And that's when I realised.