The Easter Beer Hunt is a seven year old tradition. It's a simple game. Under the full moon of a Good Friday evening bottles of beers are hidden within the boundaries of a large, outdoor area. Essentially in the same kind of way that chocolate eggs are hidden on Easter Sunday mornings: under leaves and bark, in nooks and crannies, and in haystacks behind giant spider webs.
The formula for number of beers to be hidden is: 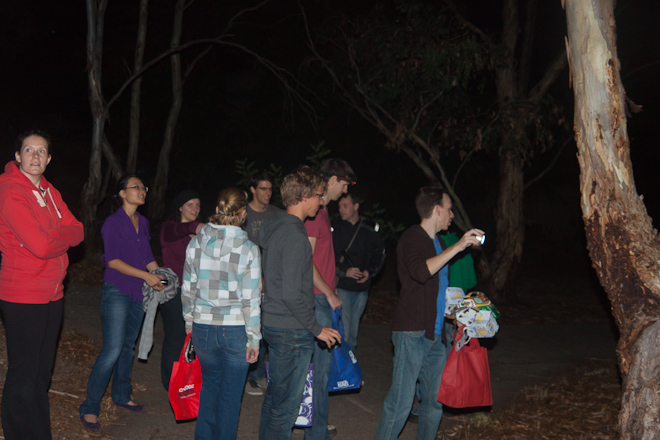 All the hunters contribute an equal share towards the beers before the hunt begins. 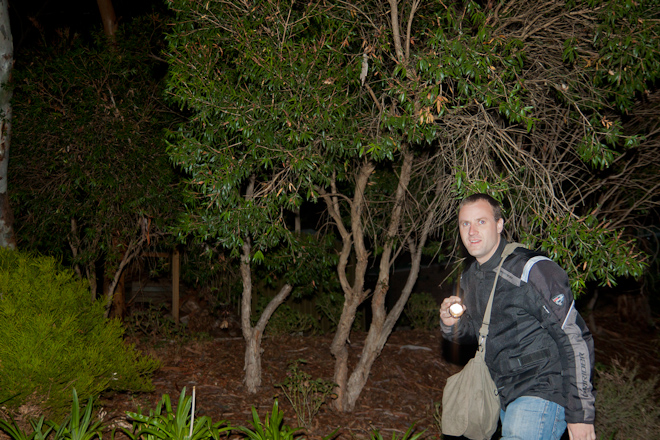 After it's dark all the hunters gather somewhere indoors while the hiders determine the boundaries and hide the beers. When the hiding is complete the hunters are notified and, after any extra rules or important information is conveyed, there is a countdown and the hunt begins. 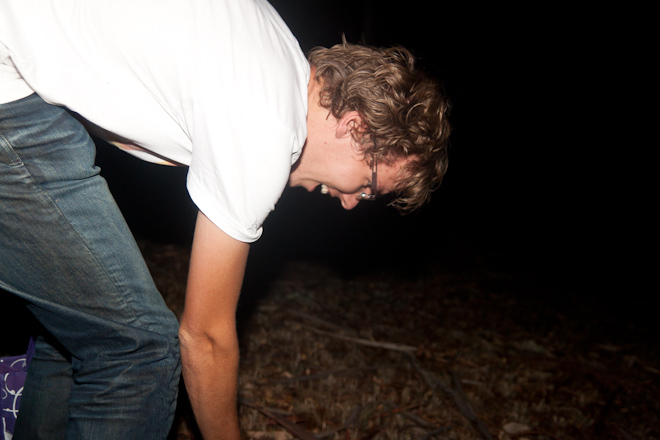 Hunters are allowed a torch and a basket as tools. In the original Easter Beer Hunt a wicker basket was required, which added a challenging element to the hunt when running at speed with several beers bouncing in an open basket. Since then baskets have been expanded to buckets, protein containers and shopping bags. Torches have also extended to mobile phone lights, lanterns and head torches. 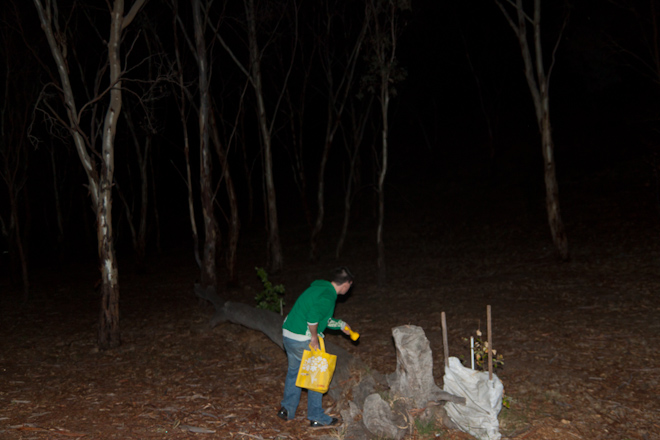 Hunters work independently to find beers in the dark. A cap is set of six beers per hunter. After the hunter finds six beers they are out, but they may continue hunting to locate other beers and discretely switch them with an existing beer if the brand is preferable. They may also assist other hunters who are struggling with hunting or equipment. 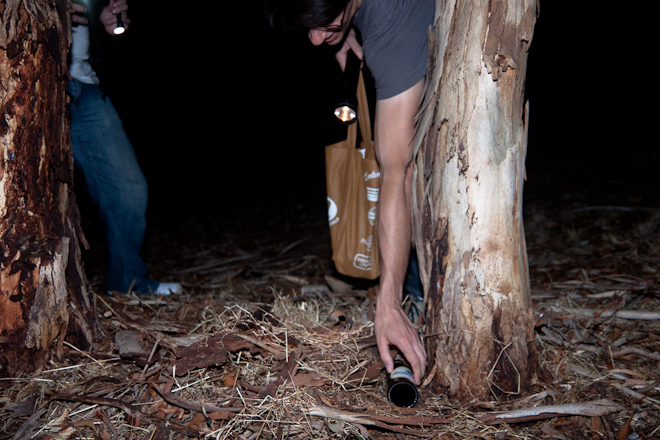 They may also choose to open and drink a beer, but that's only if they've finished the beer they opened after their first find. 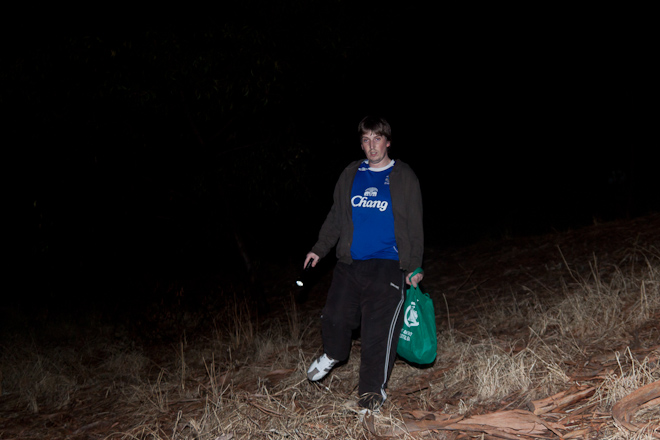 I've never taken photos of the Easter Beer Hunt because I'm always hunting in it. This year DJ Chow was happy to carry my camera/flash about for the night and take some photos. 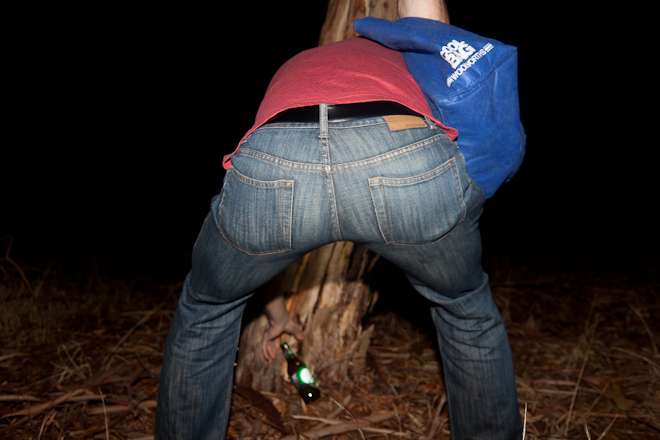