I know that goatee thing is kind of stolen from Futurama, but maybe they went into the future and stole it from me? 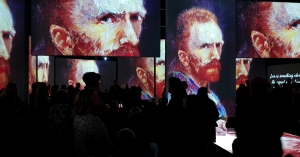 I attended Van Gogh Alive tonight to experience some culture for thirty minutes. I was promised an "incredible multi-sensory experience", which I thought would be a challenge in 2021 where touch is prohibited and breathing through your nose is strongly discouraged. 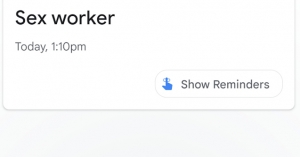 Face masks are currently "strongly recommend" on public transport, and this describes the context in which I found myself reading an SMS as my tram rolled up. The message was a notification that my recurring dog food delivery was about to ship.